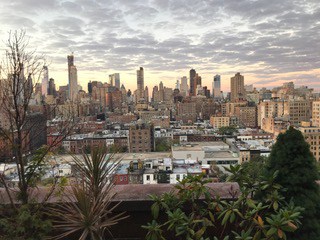 If you are human, comparing mind is your constant companion. And, a natural result of these non-stop mental comparisons is that we often find ourselves feeling lacking, less than, craving to be, or to have, more.

In this week’s Torah portion, Vayigash, even Jacob, one of the Patriarchs of our tradition, falls into the comparison trap..and it happens right in the middle of one of the happiest days of his life. After 20 years thinking him dead, Jacob is told that his beloved son Joseph is alive and well, and holds a powerful position in Egypt. Jacob soon arrives in Egypt to reunite with Joseph and after their cinematic, tearful and what seems like a miracle of a first embrace, he is swept off to meet Pharaoh.

The warmth of Joseph’s embrace is still palpable, yet Jacob can not help himself. When asked to introduce himself he has a “Comparison Mind Attack,” as Rabbi Nancy Flam calls it. In addition to this miraculous moment, Jacob’s life has held many, many things, including an encounter with G-d, that left him wounded but elevated. Still, when it came to detailing his life what does Jacob have to say? Basically, “The other Patriarchs got to live longer than me.”

I get it. You would think that people make comparisons mostly when life throws them a painful curveball, but no….it happens all the time and even in the good times, and times of plenty. That’s because the mind is rigged to compare.

My husband Monte and I have been, like our ancestors, “Wandering Jews,” for the past 3 years since we sold our family home in Evanston, Illinois, and started to move around. We lived in downtown Chicago for a while, then moved to New York City, and then back to our hometown for 8 months before finally heading to Boulder.

I remember the day we moved backed to Evanston after spending a year living on the Upper West Side in Manhattan. Even before we took one step up to our 3rd-story walk up apartment we rented (we were on the 17th floor of a doorman elevator building in NYC….see what I mean), we both knew we didn’t want to be in a constant state of comparison. It wouldn’t be fun for us to look at everything around us through a “is this better or is this worse?” lens, and it certainly wouldn’t be fun for the people around us.

Still, even with that intention, the comparisons kept coming because we are human, and boy were the differences striking. In NYC, walking down Broadway or Amsterdam Avenue was a fashion show, obstacle course and stimulation chamber all rolled into one. Any time of the day or night, you needed to bob and weave while you walked to avoid bumping into someone, or having someone bump into you. On our first wintery night back in Evanston, we walked a half dozen blocks in the freezing dark to a neighborhood restaurant, and then walked those half dozen blocks home afterwards…and both times we didn’t encounter another soul. Better? Worse? Our minds kept asking. “Different” is what we landed upon.

What made the move to Evanston additionally ripe for comparison is that we were moving back to a town that we’d spent 25 years in, raising a family and building a life. So not only were we aware of the differences between there and NYC, but we also couldn’t help but notice the comparisons we were making to our former lives in Evanston. Once upon a time we lived in a stuff-filled family home, and now we were in a 2-bedroom rental apartment with a few things on the walls but little family memorabilia or historical knicknacks in sight.

I used to feel like I owned the streets of Evanston, as I buzzed around town in my minivan, three little kids in tow, carpooling to school, and baseball practice, and playdates. 25 years later we were back, but had given up our car — trying to hold onto a bit of the walking life that we had come to embrace and love during our time in NYC. We figured we could call an Uber when we wanted go somewhere, but mostly there’s nowhere to rush off to to now that our kids had grown up, gone to college, gotten jobs and left Evanston.

Sure, we had a house and car the last time we lived in Evanston, but we didn’t have a meditation practice. We now had a growing awareness about the ways we cling to some things and and push other things away, and the ways we suffer by non-stop comparing. With this newfound awareness, when we heard ourselves asking whether our new life in Evanston was as “good” as our year of adventure in NYC, or as good as the life we had years ago in this town, we tried not to struggle to find an answer. Instead we tried to notice the comparison and be compassionate with ourselves.

When we moved in Boulder a few months ago we knew that our comparing minds were moving here with us. Immediately we loved the weather, and how the sun shines all the time…much more often than in other places we have lived. We also quickly noticed that people in Boulder are more physically active on a daily basis — hiking, biking, you name it — than in Chicago or New York. At first that felt a little intimidating when we compared ourselves to others who have spent decades, or maybe their whole lives, engaging in the active life Boulder offers.

But in those moments we work our mindfulness muscles and do what we did back in Evanston, and in NYC, and now try to do here in Boulder. We notice the comparison we are making, smile to ourselves, and then let it go. 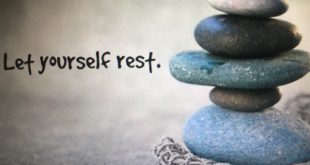 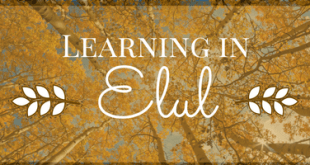