Hatred and Home Runs in the Shadow of War

Staff April 26, 2017 Arts & Culture Comments Off on Hatred and Home Runs in the Shadow of War “Hammerin’” Hank Greenberg was coming off a stellar season during which he’d hit 40 home runs and 184 RBIs, becoming only the thirteenth player to ever hit 40 or more homers (and one of only four players to have 40 or more home runs and 175 or more RBIs in a season). Even with his success at the plate, neither Greenberg nor the rest of the world could have expected what was about to happen in 1938.

From his first day in the big leagues, the New York–born Greenberg had dealt with persecution for being Jewish. From teammate Jo-Jo White asking where his horns were to the verbal abuse from bigoted fans and the media, the 6-foot-3 slugger always did his best to shut the noise out and concentrate on baseball. But in 1938, that would be more difficult than he could have ever imagined. While Greenberg was battling at the plate, his people overseas were dealing with a completely different battle. Adolf Hitler, who had been chancellor of Germany since 1933, had taken direct control of the country’s military in February of ’38. He then began his methodic takeover of all neighboring countries, spreading Nazism and entering the early stages of World War II and the Holocaust.

“Hank Greenberg in 1938” chronicles the events of 1938, both on the baseball diamond and in the streets of Europe. As Greenberg’s bat had him on course for Babe Ruth’s home run record, Hitler’s “Final Solution” was beginning to take shape. Jews across the United States, worried about the issues overseas, looked to Greenberg as a symbol of hope. Though hesitant to speak about the anti-Semitism he dealt with, the slugger knew the role he was playing for so many of his people, saying “I came to feel that if I, as a Jew, hit a home run, I was hitting one against Hitler.”

“Ron Kaplan recounts the story of Greenberg’s heroic season with insight, humor, and a firm grasp of its greater historical context.”

—Dan Epstein, author of “Big Hair and Plastic Grass” and “Stars and Strikes”

“. . . First-rate work, giving us a deeper appreciation of one of baseball’s most thrilling performances.”

Ron Kaplan is an award-winning journalist and blogger. He writes about baseball literature and pop culture at “Ron Kaplan’s Baseball Bookshelf” and is the author of three books, including “501 Baseball Books Fans Must Read before They Die.” His work has appeared in such outlets as Baseball America, Irish America, Mental Floss, American Book Review, and Mystery Review, among other national and international publications.

They call me "NewsHound IV," because I'm a clever Finnegan, sniffing out stories all over the Boulder area. I love Jewish holidays because the food is GREAT, especially the brisket. Well all the food. I was a rescue pup and glad to be on the scent!
Previous Israel Memorial Day / Independence Day Celebrations At BJCC
Next Triumphs Amid Tragedy in Two Films

Author of Hank Greenberg Biography to Speak in Denver 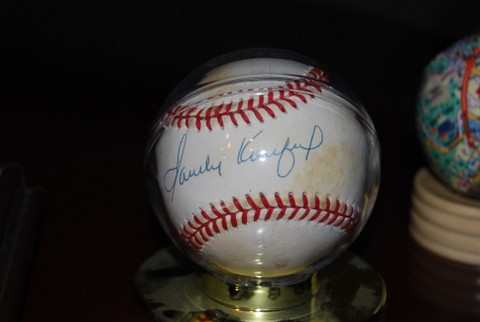 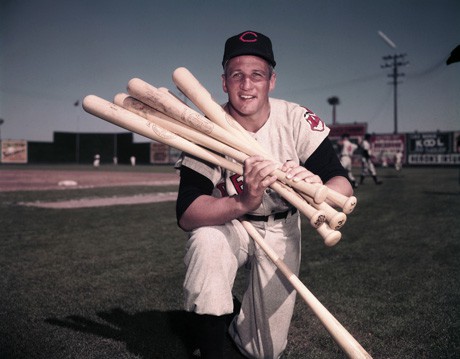 Menorah Goes to Bat for Jews and Baseball 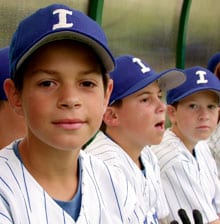