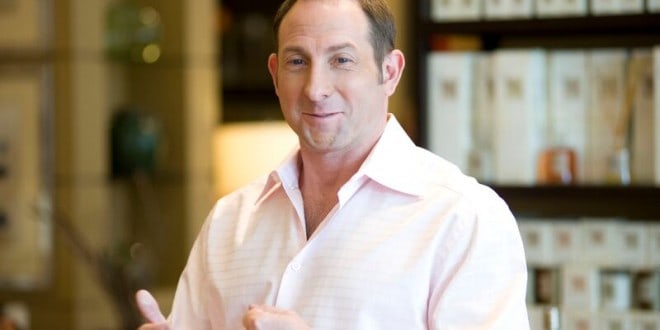 The Boulder County Center for Judaism and the Boulder JCC are pleased to honor Ron Werner, co-founder of HW Home, with the mitzvah of lighting this year’s Community Menorah on the Pearl Street Mall in central Boulder on Sunday, December 6th.

“Each year we honor someone whose actions have made a tremendous positive difference to the Boulder Jewish Community. In addition to being a financial supporter of many of the things that go on in Boulder, Ron has served as President of the Mountain States Region of JNF for many years. Under his leadership, the organization has grown and expanded in so many ways that Ron reminds us that ‘it’s no longer your grandmother’s blue box,’ but now assists Eretz Israel and the Jewish People in a plethora of new and exciting ways. Having him light our Community Menorah is our way of telling him how much we appreciate all that he does for our community.”

And now to the asking – and answering – of our traditional four Lamp Lighter questions:

As we planned to open HW Home in the spring of 1999, we  moved to Boulder during the summer of 1998 from Chicago, where I grew up and where I had built my first career at Smith Barney.

In January 1998 my husband and I were visiting my sister, who had remained in Boulder after attending CU in the early 70’s. She and her husband had purchased a new home and we were giving them remodel ideas and shopping for furniture. Within a half-day, we realized that Boulder and Denver lacked a great, chic, current home furnishings store. We had the name that day, HW Home, standing for our last names, Hering and Werner. Once we decided it was something we really wanted to pursue, we began the market research and analysis necessary in order to get a business off the ground.

Honestly, back in 1998 we had no idea how successful HW Home would be or that we would end up as a nationally recognized regional power chain.

Our mission, from day, which holds true today, is to offer design center style and quality furnishing at accessible price points, while committing our capital to offering truly high-end instant gratification.

That’s easy; my mom’s potato latkes with the family singing Chanukah songs. BTW, I have her recipe (which was passed down from previous generations) mastered, look for it on the HW Home Facebook page soon

I came into JNF through my long-term association with the award winning Alesander Muss High School in Israel, of which I am an alum (from 34 years ago). This educational experience for juniors and seniors in high school had a profound effect on me. For two decades, I served on the AMHSI board and was an advocate for their merger into JNF.

From that position, I was asked by JNF’s CEO to take over the Mountain States Region as President. While it was slightly unusual to bring a newcomer into what is really an eldership position, JNF felt that the combination of my Muss connection, non-profit experience, and business acumen would be beneficial for the region and JNF overall.

My initial objectives were to rebuild and strengthen the board, while also solidifying JNF’s position and reputation in the community. Beyond that, we wanted to expand our reach and increase our brand appeal. People in the Jewish community and beyond need to understand that today’s JNF is no longer your grandmother’s blue box. We are a major multi-faceted organization that is all about the land of Israel and the Jewish people. We are involved in tress and water as you know, but also work on community-building, Zionist youth education, serving the disabled, medical care and related issues, support of the Bedouin, and much more.

My personal goal is to grow awareness and support for JNF’s amazing work: as of now we are a charity navigator, a four-star rated organization which puts 88 cents of every dollar directly into work in Israel. The best metric I can share is that a little over two years ago, at my first JNF breakfast, we had 350 in attendance. At the breakfast this past spring, we had 1,000. We are growing by leaps and bounds. We are so excited for the new Boulder JCC, which we know will be an amazing addition to Boulder’s Jewish community and a great place to continue to bring the work of JNF to Boulder.

Next, I would really like to see more of our local high school juniors and seniors applying to attend Muss High for the eight week or 16 week sessions. Between Muss and JNF, we can transform Jewish lives and truly build a stronger Jewish community.

No reservations are necessary for this fun, family-friendly event. Just show up on the Pearl Street Mall in front of the Courthouse at 5:45 pm on Sunday evening, December 6th and join the celebration of the Festival of Lights.  Please join us for the exciting Menorah lighting this upcoming Sunday night on December 6 at 5:45 pm on Pearl Street Mall (1300 block) behind the courthouse where I will light the large Menorah, Sheldon Sands will pay Chanukah music and there will be a performance by an acrobatic duo.

Enormous thanks go out to the Boulder Jewish News, JEWISH Colorado, JNF, the Oreg Foundation and the Franklin and Wildman Families. Without their generous support, this event would not be possible.

Previous December 10th Update: SIPP’s Mission to Israel-West Bank
Next Chanukah: Celebrate At Home Or With The Whole Community 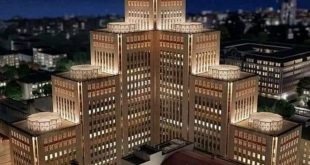