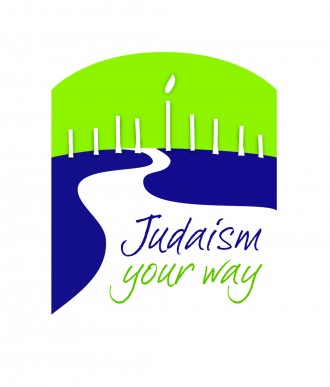 Picture an animated discussion about time and space and relativity and quantum mechanics and black holes.  Now picture fifteen 12-year olds gathered around a table on a Tuesday evening discovering Judaism as they prepare for their Bar and Bat Mitzvahs.  Now combine these two pictures.

Judaism Your Way’s Open Tent B’nai Mitzvah program is not your average Bar/Bat Mitzvah preparation class.  At the heart of our program is a curriculum that supports the students to encounter Jewish spirituality and to discover a spiritual vocabulary that works for them.

Here’s how we do it:  We introduce the students to a Hebrew letter.  There are many cool things about Hebrew letters:  First, the name of each letter is actually a Hebrew word.  And the meaning of that word has something to do with the shape of the letter.  And in Hebrew a letter is also a number but that’s for another blog.

So last Tuesday we were studying the letter “zayin.”  It kind of looks like a medieval broadsword, and indeed the meaning of “zayin” is weapon.  You might say, “Well what’s so spiritual about a weapon?”  Well, one of the features of a sword is that it is intended to thrust, to move decisively in a single direction – like thrusting a shovel into the earth in order to plant a seed (Hebrew: zera).  Or like the way we experience time (Hebrew: z’man) which moves forward inexorably, past to present to future.

This is where the mystical text entered the picture.  The name of the classical text of Jewish mysticism also begins with a “zayin.”  It’s called the Zohar which means “light.”  And the Zohar teaches that there is a light which shines from one end of the universe to the other.

Every once in a while a concept captures the imaginations of students in a class. At these times all you can do is watch and marvel.  Last Tuesday the concept was the universe.  After spirited discussion I informed the students that many of the rabbis of the Middle Ages were scientists and were asking the very same questions as the students were about the nature and shape of the universe.  I told them that Judaism wants us to ask these kinds of questions.  I also said that if the medieval rabbis could hear this conversation, they would be very, very proud, and would want to join in!

And then I asked them to try to interpret the text from the Zohar.  If our understanding of physics is such that it’s impossible for light to go from one end of the universe to the other, then what could the text mean?  What is the light that it’s talking about?

The students thought for a while and offered several answers…

What do you think they answered?  How would you answer?

Registration is now open for the Fall 2014/Spring 2015 session of Judaism Your Way’s Open Tent B’nai Mitzvah program.  Classes are held in Boulder and in Denver.  Click here for more information.