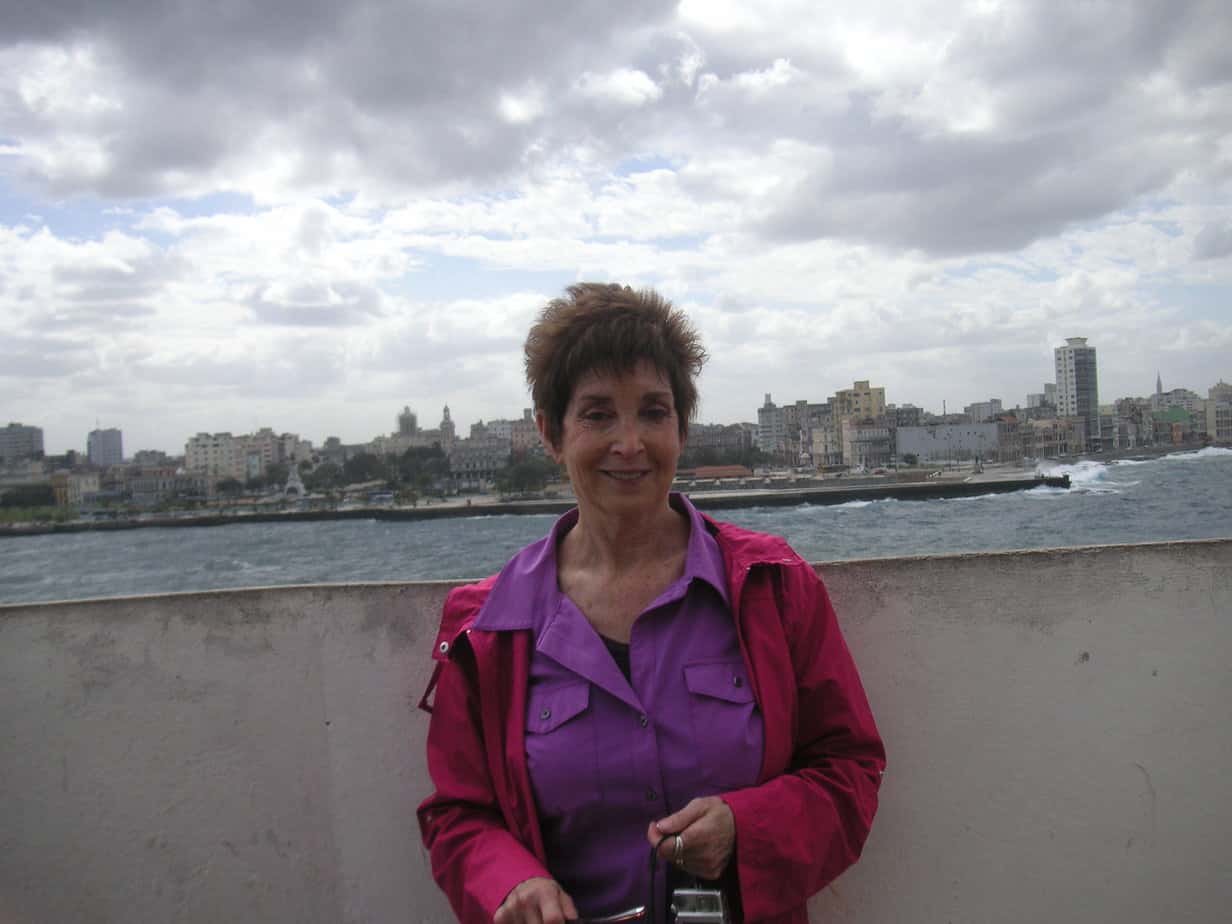 Cuba is a country that has always intrigued me – the cars, the cigars, the music.  But more so because my father-in-law emigrated from Russia to Cuba with his sister in 1925 when he was only 16 years old because they couldn’t get into the US.  He came to the US after a few years in Cuba while his sister married a Cuban Jew and remained to raise her family there until the late 1950’s when they fled during the revolution to join the family in the US. I heard a little about Cuba from them but not very much because I didn’t ask all the questions I should have.

When Menorah decided to run this trip to Cuba I was on board hoping to find out something about this country and maybe a little more about my father-in-law’s history.  Our leader on this trip was Miriam Levinson, a Cuban Jew whose family emigrated to the US in 1958.
Throughout the trip Miriam read to us from her journal that told about her feelings when the family decided to leave Cuba; her experiences when they arrived in the US; about her going to school and struggling to learn English; and eventually about her return trip to Cuba for the first time.  Much of what she wrote about Cuba and her arrival in the US brought some of what my father-in-law must have experienced alive for me.
After forty years Miriam decided to return and connected with a family who was living in the home she grew up in.  They are now part of her extended family.  Her love of  the country and passion for the people permeated everything she said and did to make our trip personal and interesting.  She has gotten to know the leaders of all the Jewish communities we visited and it is obvious that they all love and respect her.  Miriam planned a birthday party for all the January birthdays.  It was a surprise held in the home she grew up in with her “new” family.  What a delight that was for all of us!
One morning Miriam had scheduled a lecture by an historian named Maritza Capestany.  Maritza is now doing some research for me to see if she can find out where my father-in-law and his sister lived in Cuba.  If she does Miriam said she will go to that place and take a photograph for me to show my children.  Now that is going above and beyond what a tour leader usually does. She is a wonderful woman who goes out of her way to make her trips to Cuba personal for all who go.
She runs a Jewish experience trip to Morocco.  I will definitely be on board to share that with her.  I hope some of you will join me.