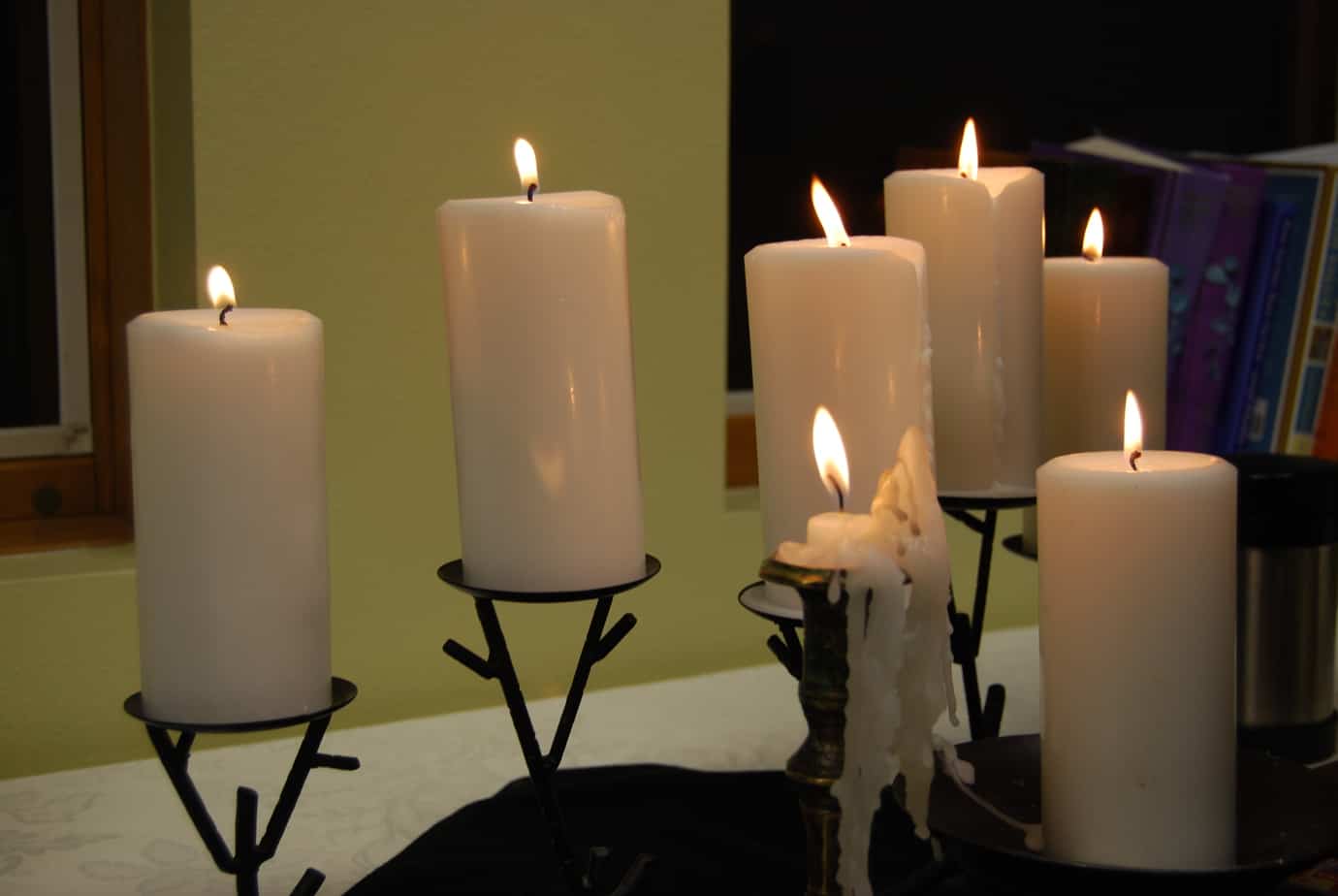 The Boulder community came together Sunday night at the new home of Nevei Kodesh to honor survivors of the Holocaust, remember, grieve, and listen to their stories as well as the stories of their families.

The evening was presented by Haver, Boulder’s Rabbinic Council, and several rabbis participated in the service, which began with a candlelighting ceremony. Rabbi Ori Har, the daughter of survivors, shared primarily her father’s story, including how her family came to Israel and her experience as a child of survivors.  Her son, Matan, shared a moving poem about his grandmother (“Savta”).

Ida Piller-Greenspan, author of When the World Closed Its Doors, spoke about her escape from Belgium; the Germans invaded on the night of her wedding. Her daughter, Rosie Pillar, then narrated a slide show of her mother’s remarkable monoprint works, which capture her memories of the escape.

Michael Bilavsky, son of a Russian survivor, answered questions by his son, Matan.  Michael’s mother escaped the German invasion of her village; she brought Michael there when he was thirteen, and he spoke of being profoundly defensive of Israel.

Rabbi Victor Gross, before leading the Kaddish, told of a website started by a 14 year old in Naperville, IL.  Eachofushasaname.org is “a website devoted to preserving the memories of those who perished in the Shoah. It provides a weekly list of yahrzeits so that we may say Kaddish for them.” Rabbi Gross read the names of today’s yahrzeits; we also remembered those lost in Saturday’s plane crash in Russia.

The strength of the survivors is inspiring, while their stories, even told by their children, are heartbreaking.

A few photos from the evening:

I am living happily ever after in Boulder with David, proud mom of Lauren and Ethan, guardian of Cookie and Finnegan, blessed with family and friends and a great community.
@cheryl303
Previous A Search for Truth
Next Reb Tirzah’s Omer Journey: Week One