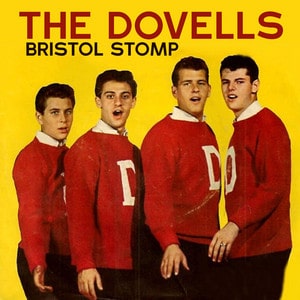 The profs in Bristol aimed a figurative pistol at Israel and found that Nina Freedman is just as sharp as a pistol. At times, anyway.

Freedman’s complaint against a professor, when he did the Bristol stomp atop Israel-from his perch in Britain, was rescued by “an extremist movement working on behalf of a hostile and illegitimate foreign state,” as the professor in question described it.

The Jewish Chronicle of London last week told her story for the first time, three years late. The reporter cannot be blamed for pacing oneself. Freedman waited all that time to relate her experience at the University of Bristol for reasons that are both understandable and misguided.

From the outset, some member of the university’s Jewish student population should have notified the media about Miller’s abusive conduct, whether it be Freedman or someone else.

Concealing an antisemitic incident is the worst response to such a situation. Neither the offender nor their institution wants it publicized because of the embarrassment for both.

Telling the world about this kind of incident will allow everyone to know. The institution will usually be quick to do something about it while they are stumbling all over themselves in response. Wise leaders will attempt to muddle through by immediately apologizing or pledging to look into the matter.

The turmoil that Miller created is not a concern limited to the University of Bristol, 120 miles west of London. It is important to all Jews worldwide. Miller is one of many professors who have bullied Jewish students in many universities. We have a right to know and confront people like him.

She filed the complaint in May 2019 at the end of her freshman year in her role as president of the Bristol University Jewish Society. She protested Professor David Miller’s lecture to openly speak of the “Israel lobby” and dismiss accusations of antisemitism in Britain’s Labour Party as “mostly false.”

Anyone who follows British politics is aware that accusations of antisemitism turned Labour into a shell of itself under the misleadership of Jeremy Corbyn. Labour has rebounded in the last few years due to a combination of rebuilding and the antics of Prime Minister Boris Johnson, who will step down once the Conservative Party chooses a new leader.

“We are deeply concerned,” Freedman wrote to Bristol authorities, “that a lecturer is able to use his position of influence in a prestigious academic institution in order to spread conspiracy theories and propagate myths for which he has no evidence.”

She supplied several examples from Miller’s writings which featured his notion of the “Zionist lobby” in Britain.

The university forbade her from speaking to anyone about the complaint on pain of disciplinary action, the Chronicle reported. University officials must have read George Orwell’s “1984” before they formulated their complaint policies. Can anyone on this royal island match the university for control freaks?

Freedman’s error is understandable. At age 18, she is not expected to have the experience to manage a controversy of this scope.

Freedman said it took three years before she was vindicated when the Office of the Independent Adjudicator, a higher education investigative panel, ordered Bristol University to apologize to her and award her 500 pounds ($660 in American dollars) as financial compensation.

She complained to the OIC because of how Bristol responded to her complaint, and OIC reached its decision last month. “The OIA came to a conclusion which was that the university had mishandled my complaint,” she said.

“The thing that they were unhappy with was the timeline, that they took far too long to respond to my complaint,” she continued. “Also, they recommended that the university give me all the information about the outcome and provide me with information that I hadn’t had thus far, and give me an apology and give me financial compensation.”

Bristol officials were so obsessed with regulating Freedman’s activity that “if I shared details of the process, they would then start a disciplinary procedure against me,” she said.

Freedman cannot be blamed for fear of disciplinary action. If she did go public, what would Bristol have done? Discipline her or back off out of fear that retaliation would have made them look much worse than they already did?

This is a hard position for anyone no matter how vulnerable, but the options must be weighed carefully. One suggested course of action: Confide to an officer of the Bristol University Jewish Society who would keep their concerns in the public eye. Freedman would cover herself by denying she coordinated with anyone else. That, too, is risky, but it probably would have brought the matter a resolution much earlier.

In one instance, going public probably forced Bristol to move at one point. Freedman was promised an interview to testify, but she heard nothing for months.

“It was incredibly confusing, and the whole time I was being threatened with disciplinary action if I broke confidentiality,” she said. “I had no idea what was going on. It was a really confusing time for me.”

That changed in October 2020 when Jewish student Sabrina Miller urged the university to fire Miller in an article published by the student newspaper, The Bristol Tab. Freedman appeared before the panel on Oct. 28. Doubtful if the timing was coincidental. This exemplifies what usually happens when such a conflict is presented to the public.

“I had the hearing, presented all my evidence, and then heard nothing. I emailed the (panel) and said, ‘Am I entitled to find out what happened, the action taken?’” She recalls being told: “You’re not entitled to know anything. Your complaint ended in June 2020 when they referred it to an HR complaint, so you’re not entitled to know anything beyond that.” She added, “I could assume nothing happened because he was still teaching and he was still there.”

The anguish that Freedman suffered was predictably part of a pattern that involved other hardships, as anyone can imagine.

Of course, we must recognize Freedman’s courage and endurance. Unfortunately, Freedman brought a knife to a gunfight. When the offender plays hardball, the best strategy is probably to play the same game.

Yaniv Goldman, a sophomore at Centaurus High School, is fundraising for JNF to earn a grant to study abroad in Israel for Spring 2023.