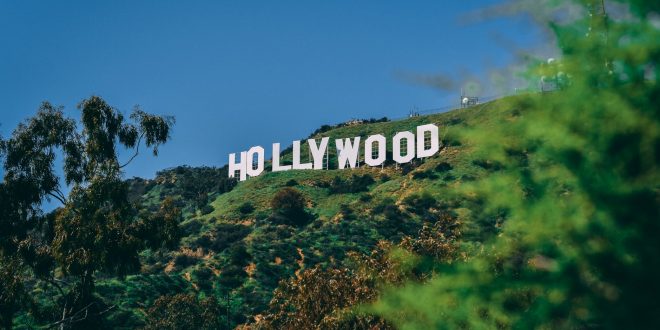 Photo by Paul Deetman on Pexels.com

Rabbi Charlie Cytron-Walker needs to suspend his job search for a new pulpit. Instead, he must find a literary agent – if none of them have found him yet – and publish a book recounting his background and the 11 hours that Malik Faisal Akram held him hostage at Congregation Beth Israel in Colleyville, Texas on January 15.

Perhaps he can co-author the book with Jeffrey Cohen, the only other hostage to relate what occurred. The other two hostages have maintained anonymity. Rabbi Charlie resigned last November over an unspecified dispute, but he had not yet departed when Akram took them hostage.

Next step will be to sell rights to the book for a film production, probably to televise a mini-series.

The Jewish community needs a compelling story with the potential to diminish antisemitism. A book and, especially, a movie could dispel stereotypes, depict the behavior of some of our best role models and demonstrate to our neighbors that we are as vulnerable to threats and violence as any other racial, religious or ethnic group.

Shamelessly, I confess to promoting such a gimmick. What else is left? The very people who should have been confronting antisemitism have had limited success, met skyrocketing antisemitism with overwhelming apathy or even incited it.

Israeli leaders pursued policies which were guaranteed to enrage critics, such as expanding settlements in the West Bank and threatening to annex territories, or failing to make a stronger attempt to explain legitimate actions. Building communities in the West Bank should have upset many Jews because the movement made civilians vulnerable to terrorism while placing troops in harm’s way where it was not necessary.

The new prime minister, Naftali Bennet, said he opposes an independent Palestinian state. He may be able to provide understandable reasons, but saying it outright is provocative and unnecessary. If history is any guide, Palestinian intransigence alone makes the prospect an impossibility. So why push it?

In America, many advocacy organizations have done their duty in taking positions against anti-Semitism, but obviously their efforts were insufficient. Part of the problem is that the more established Jewish organizations suffer from an enormous disconnect with the Jewish public, often self-inflicted. Other groups overreach, alleging antisemitism where it does not exist.

So, since the usual suspects had not done enough to quell the current scale of antisemitism and, for that matter, did not find ways to contain it from the outset, there is a place to turn: Hollywood. They shape public opinion simply by telling a story to more people than nearly any other medium can.

The eight-hour television series “Holocaust” in 1978 produced immense interest in the Jewish genocide during World War II. “Roots” did much of the same for the painful history of slavery. The 1976 rescue of 100 Jewish hostages at Entebbe inspired an Israeli film and two American movies featuring stars like Burt Lancaster, Charles Bronson and Elizabeth Taylor.

A straight-from-the-headlines story like this one would offer us a tense narrative, a sympathetic hero, a suspenseful build-up, a deliciously-twisted bad guy, a family subplot with the captor’s brother sweating to talk him out of the deed and an anticipated ending – the tossing of a chair that the rabbi flings at his captor – that will bring us shock and relief at the same time. Akram subsequently died when he confronted FBI agents.

This endeavor could well sound gaudy and tasteless to some people, but it may resolve a long-standing situation that we cannot tolerate. A movie about Colleyville has the strong potential to improve attitudes in a very fundamental way.

Among political leaders in Massachusetts, Boston Mayor Michelle Wu tweeted, “The violence & trauma of rising antisemitism is a threat to us all. To our Jewish communities in TX, Boston & around the world. We are with you” (as quoted in the MassLive website).

In the Muslim community, a Duke University associate professor urged fellow Muslims to ignore those who use the Palestinian situation to advance anti-Semitism, Jewish Insider reported.

“This community is increasingly becoming vulnerable toward various forms of subtle and unsubtle antisemitisem in the name of pro-Palestinian activism,” said Imam Abdullah Antepli, who faulted “many bad faith actors (who) are taking and desecrating Palestinian suffering, solidarity with the Palestinians, and in the name of their suffering, are promoting irresponsibly, antisemitism, anti-Jewish hatred, and they are trafficking in the good old antisemitism that the Jewish community and others have suffered for the last two millennia.”

He noted that antisemitic elements represent 10 percent of Muslim-Americans, adding, “As angry as I am at…these irresponsible, hateful people, I am more angry with the 90 percent of the sleeping, inactive American Muslim majority.”

All these are encouraging steps, and we have a long way to go. Still, let’s turn to Hollywood. It might accomplish much of what we should have attempted long ago.