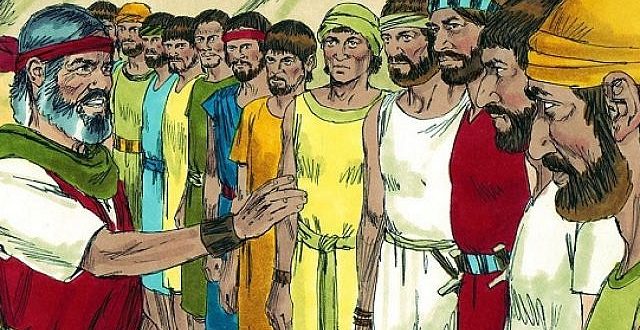 Adapted from the teachings of the Lubavitcher Rebbe

In the Sidra of Shelach, we learn the account of the spies whom Moses sent to scout the land of Canaan. Ten of the twelve spies returned with frightening reports about the promised land; the inhabitants of the holy land were too strong to be defeated by the Israelites. The Israelites rebelled, as a result, they were to wander the desert for forty years.

What happened; how could it all go wrong?

Chassidut explains that the problem was one of excess spirituality.

In the wilderness, the Israelites’ needs were provided for by G-d; their only pursuit was prayer and learning. The desert was a holistically spiritual haven – free of material concern. They were safe from the wilderness, clothes that they wore did not wear out; the very food which nourished them was the bread of heaven (Manna). The daily miracles provided them not only with protection, and nourishment, but absolved them of any responsibility to deal with nature.

They were unwilling to relinquish their spiritual utopia for a mundane headache.

Accordingly, the Israelites were doubtful that they would be able to conquer the inhabitants of the holy land. If they were engrossed in temporal reality, how would they be worthy of a remarkable defeat?

What the Israelites did not understand is that G-d created us humans- not angels. Celestial beings may dissolve when put on this earth; however, G-d designed man to live a physical reality. His mission is to bring holiness to the mundane.

Many times one feels the guilt and the self-doubt of the spies. Leading a wholly spiritual lifestyle complete with learning and meditation can sound very tempting; the world of livelihood and labor does not feel right. He believes that his work has little religious significance; it preoccupies him, allowing him no time or energy to be spiritual.

But, he is making the spies’ mistake – believing that G-d is only in spirituality. He is forgetting the principle of knowing G-d in all his ways. G-d is in the fields, or the workplace just as much as he is in the synagogue; G-d is everywhere.

If we sincerely want to know G-d, we must take our Judaism with us in all facets of life.

Esty Scheiner recently moved back to Boulder after spending two years in Brooklyn. She is a Hassidic Jew and a coder. She also loves to draw, write, and learn talmud in her free time.
Previous Philanthropy Can Spark Hope And Change
Next Letter to the Editor: Disappointed in Haver Statement on June 4 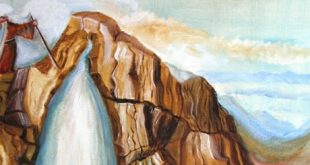