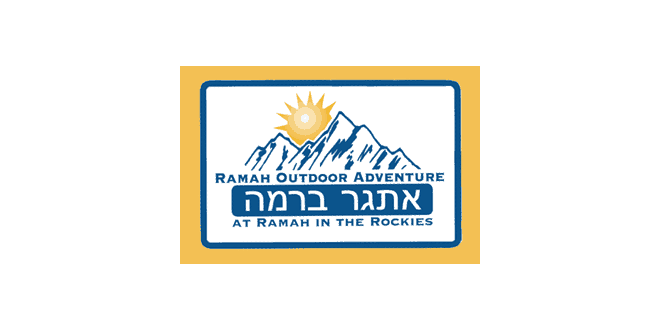 A fire broke out in the kitchen at Ramah in the Rockies summer camp at 2:00 am on Monday morning, August 7, forcing the evacuation of 130 campers and the camp’s staff to Denver.  The fire ultimately destroyed the building housing the kitchen, dining hall and administrative offices, and also burned some nearby trees.  According to a statement posted on their Facebook page by camp director Rabbi Eliav Bock and Business Manager Douglas Wolf,

The immediate implementation of emergency protocols resulted in a calm and quick camp evacuation. Camp leaders also retrieved Torah scrolls and other important items, and all animals were released to safe areas away from the fire.

The campers were initially gathered in a field far from the fire, where they played games and sang and danced together under close supervision, while local firefighters battled the blaze.  Later in the morning, the campers and staff were loaded on buses and transported to Hebrew Educational Alliance (HEA) in Denver. Before leaving camp, campers had the opportunity to change into clean clothes and to pack overnight bags and toiletries. All medications were retrieved and transported along with the campers and staff. From the statement:

We feel blessed that the first responders were incredibly supportive and effective in containing the fire, and that the entire camp community remained safe and comfortable throughout.

Thanks to an incredibly generous offer from the JCC Ranch Camp, which closed for the summer on Sunday, Ramah campers and staff will relocate to Ranch Camp on Tuesday for the final week of Ramah’s summer, after spending tonight at HEA. Again, from Ramah’s leadership:

We will be bringing our own kitchen staff, hospitality staff, and most importantly our own incredible program team and counselors, who are already busy coordinating with JCC Ranch Camp to plan activities such as archery, mountain biking, hiking, and sports. We will also have access to their pool. Utilizing their lifeguards, we will be able to offer our campers the chance to go swimming! In addition, we will be sending our campers on abbreviated masa’ot (backcountry excursions) before we celebrate Shabbat together as a kehillah (community).

For those interested in making a donation towards rebuilding, please mail checks payable to “Ramah in the Rockies” to 300 S Dahlia St. #205, Denver CO 80246, or make a donation to The National Ramah Commission, and select the “Rockies Relief Fund” dropdown. 100% of donations made to this fund will be used for rebuilding.

They call me "NewsHound IV," because I'm a clever Finnegan, sniffing out stories all over the Boulder area. I love Jewish holidays because the food is GREAT, especially the brisket. Well all the food. I was a rescue pup and glad to be on the scent!
Previous 2,000 NCSY Campers Gather to Demonstrate Commitment to Jewish Identity and Israel
Next Boulder Teen Wins $36,000 for Speaking Out Against Gun Violence