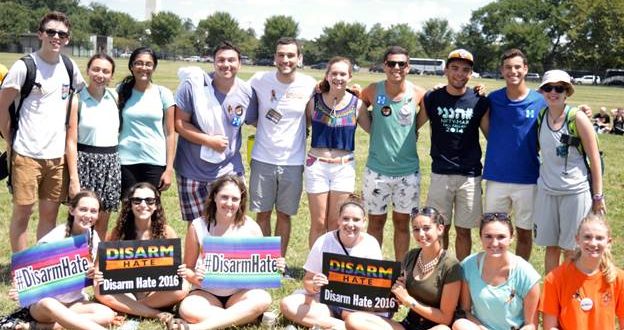 SUAGV at the Disarm Hate March in Washington, D.C.

Boulder Teen Wins $36,000 for Speaking Out Against Gun Violence

Staff August 9, 2017 News Comments Off on Boulder Teen Wins $36,000 for Speaking Out Against Gun Violence

Taylor Gleeson grew up in post-Columbine Colorado, and had friends inside the movie theater on the night of the Aurora shooting. She says gun violence has touched her home for as long as she can remember.

“But even still,” she says, “when I open the news and see incidents of shootings, all I can think is how I don’t want any member of the next generation to grow up in this climate where violence is accepted as the norm.”

This is what motivated Taylor to launch Students United Against Gun Violence (SUAGV), an organization dedicated to giving youth a voice on gun violence. Gun violence has a profound effect in our schools, our cities, our country, and, perhaps most concerning, on our students. Yet students are minimally represented at the tables dedicated to making change on this issue. Students United empowers students to sit at those tables.

SUAGV works with students of all ages in communities across the country, emphasizing strategic, localized, and bridged action as an effective vehicle towards change on the issue. SUAGV has also brought the youth voice to the nationwide fight against gun violence, sponsoring the release of the film “Is That a Gun in Your Pocket?”, and serving as a national partner in the 2016 Disarm Hate March in Washington, D.C. and the first annual Concert Across America to End Gun Violence.

For her groundbreaking work Taylor was just announced as a recipient of the 2017 Diller Teen Tikkun Olam Awards, a $36,000 award that recognizes teens for their commitment to social good and volunteer service.

Now in its eleventh year, the Diller Teen Tikkun Olam Awards have given more than $3 million to 99 teens Jewish teens who are tackling global issues and creating lasting change through tikkun olam – the vision of Bay Area Philanthropist Helen Diller, the quiet force behind The Helen Diller Family Foundation.

The Diller Teen Tikkun Olam Awards began in the San Francisco Bay Area in 2007, as the vision of Bay Area philanthropist Helen Diller. The awards recognize Jewish teens demonstrating and exemplifying the spirit of tikkun olam, a central Jewish value meaning to repair the world. Since 2007, the program has awarded more than $3 million to 99 teens in recognition of their vision, innovation, and demonstration of leadership.

“The Tikkun Olam Award recipients never cease to amaze and inspire us,” said Jackie Safier, Helen Diller’s daughter and President of the Helen Diller Family Foundation. “Every one of them has demonstrated tenacity and courage through leadership. Each embodies the mission of tikkun olam, to repair the world, in all facets of their work. These teens remind us that no matter the age, an individual can make a difference and impact the world in a positive way.”

Fostering a collaborative community among recipients and bolstering national recognition of these forward-thinking teens is a primary goal of the Diller Teen Tikkun Olam Awards. Past recipients continue to inspire their peers to follow in their tikkun olam footsteps and create meaningful relationships with new awardees through networking and mentorship activities. Many past recipients have also been recognized by some of the most prestigious institutions and leaders, including the United Nations Foundation, the Jefferson Awards, The White House, and former President Barack Obama.

The 2017 Diller Teen Tikkun Olam Award recipients were selected by committees of community leaders and educators located in cities around the country. Candidates completed detailed applications describing their projects, goals, inspirations and challenges, fundraising tactics, and ultimate accomplishments. Eligible applicants were United States residents, between 13 and 19 years of age at the time of nomination, who self-identify as Jewish. A celebratory luncheon honoring the teens will be held in San Francisco on Monday, August 28, 2017.

The 2017 recipients encourage anyone interested in nominating a teen to begin the nomination/application process at www.dillerteenawards.org.

Additional information on each of the recipients can be found at: http://www.dillerteenawards.org/

They call me "NewsHound IV," because I'm a clever Finnegan, sniffing out stories all over the Boulder area. I love Jewish holidays because the food is GREAT, especially the brisket. Well all the food. I was a rescue pup and glad to be on the scent!
Previous Early Morning Kitchen Fire Destroys Lodge, Forces Evacuation of Ramah in the Rockies
Next Musical Kabbalat Shabbat and Potluck Dinner at Bonai Shalom 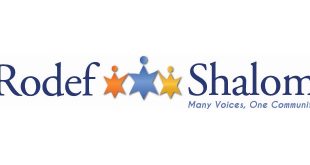 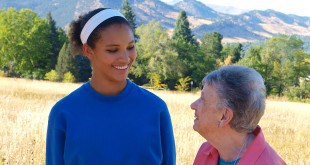 Are You Ready to Volunteer? Visitors Wanted