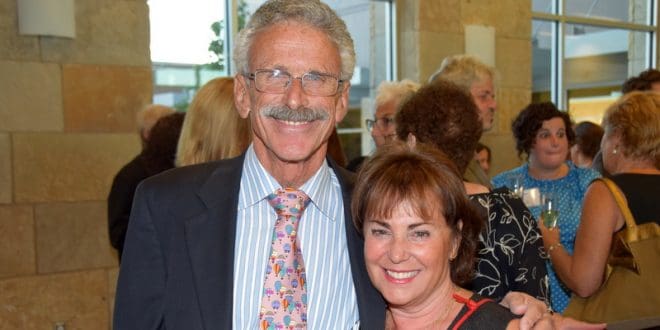 David Levin, bon vivant, man of many interests, loved and admired for his generosity, joie de vivre and compassion, passed away at his home in Boulder, CO Saturday at the age of 68 from pancreatic cancer. Born in Newark, NJ, on June 10, 1948, David did not live a conventional life.

He grew up in South Orange, NJ and graduated from Boston University with degrees in business administration, law and a masters in taxation and estate planning.  David soon realized that sitting in an office doing estate planning was not for him. A childhood friend offered an escape “Let’s open a hot air ballooning ranch in the San Luis Valley.” Knowing nothing about ballooning, David thought, “Why not?”  The Balloon Ranch, America’s only resort specializing in hot air ballooning, was created. David quickly realized the pilots were the highest paid employees, so he got his license.

Who knew he would go on to become one of the world’s most celebrated and accomplished competitors in the sport of hot air and gas ballooning? After competing for 25 years and winning many competitions around the world, he became a much sought after competition director.  Ballooning remained one of his passions and he enjoyed nothing more than donating rides to non-profit organizations. Of all the places David flew, his favorite was the small town of Filzmoos in the Austrian Alps where he went most every January to fly and ski.

His interest in aviation continued, as he became an avid paraglider, flying around north Boulder, Chamonix, Santa Barbara and Alsace, among many other places. On the suggestion from a friend he bought a new flying machine, which would hopefully put his wife Roberta’s mind as ease as he would be less likely to do damage to his body. His motorized hang glider was yet another way to satisfy his aeronaut’s soul.

Another of David’s passions was skiing. His idea of paradise was 10 inches of fresh powder at Vail where he would gracefully glide on alpine or telemark skis until his legs gave out, only to go back and do it again the next day. The 2015-16 season David scored a record breaking 70 days on the mountain.

For the last 19 years, David was able to share his love of skiing by becoming a volunteer instructor with Ignite Adaptive Sports, formerly known as the Eldora Special Recreation Program, (ESRP), where he taught skiing to both children and adults with a wide range of mental and physical disabilities. Here, he truly found his calling, devoting both time and financial support for this wonderful organization. He was a member of the board for many years and president for four years. He recently received their first-ever Lifetime Achievement Award for outstanding service.

Though not religious, David was very devoted to the Boulder Jewish community and played a major role in the planning of the beautiful, new Boulder Jewish Community Center. He, along with his wife Roberta, co-chaired the building committee, where they had the pleasure of being the cheerleaders, working with a group of dynamic, committed, passionate individuals to make a dream come true. David carried on a family tradition of contributing generously locally and globally.

David adored his wife of 30 years, Roberta, and his children Matthew and Becca.  He is also survived by his dear sister Susan, (Margie), brother Alan, (Ziza) and several nieces and nephews.  His many dear friends in Boulder and around the world will miss his beautiful blue eyes, quick wit, charming smile and sense of adventure.

Donations in his memory may be made to Ignite Adaptive Sports or the Boulder JCC.

Celebration of David’s life will be held at the Boulder JCC this Thursday, May 18, at 5:45 pm.

Jonathan Lev, MPA, joined the Boulder JCC as Executive Director in 2010. He is a passionate educator and entrepreneur who combines his experience at Jewish summer camp and involvement with the startup of Boulder based Renewable Choice Energy to influence his leadership as a nonprofit executive and Jewish professional. He was certified as high school teacher and Summa Cum Laude graduate from the University of Colorado in Boulder. For more than six years, Jonathan was a leader in the field of Jewish summer camp where he worked to enhance the level of supervision and mentorship for both campers and staff through innovative summer and year-round trainings. In 2007, Jonathan continued his studies and was selected as a Taub Fellow at New York University in the dual-master’s degree program for a Master in Public Administration in Nonprofit Management and Master in Hebrew and Judaic Studies. Since starting his role in 2010 at the Boulder JCC, Jonathan has led the community's $30M capital campaign to build a new JCC campus, which opened in summer 2016. He speaks regularly about making philanthropy fun and the role that inter-generational giving has on creating a legacy. Outside of work, he and his wife, Lyndsay, and their daughters, Mira and Susanna, can be found hiking, skiing, practicing yoga, listening to music, and planning their next great adventure. Follow him @jonathanlev on twitter.
Previous 6th Annual Jews, Brews and Startup Gurus Happy Hour
Next Weekly Edition: May 19th, 2017