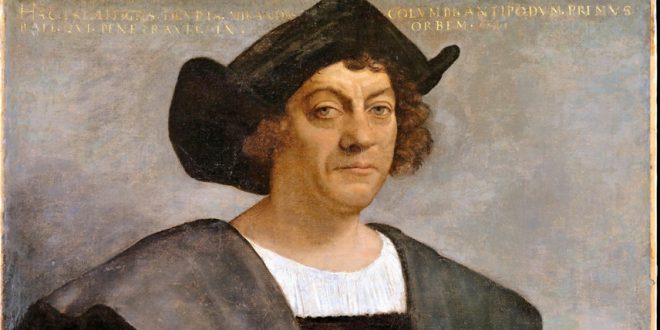 1492: Columbus, the Jews, and the Messiah in Spain

1492: Columbus, the Jews, and the Messiah in Spain:
Public lecture with Matt Goldish, 2017 Bender Scholar, at CU Boulder

The Program in Jewish Studies at the University of Colorado Boulder is pleased to welcome Professor Matt Goldish as the 2017 Annual Sondra and Howard Bender Visiting Scholar. Professor Goldish will be in residence March 15 – 16, 2017.

In this public lecture, Professor Goldish will focus on three enormous events that occurred in Spain during 1492: the end of the centuries-long war to stop Muslim rule in the Iberian Peninsula; the voyage of Christopher Columbus; and the expulsion of the Jews. These events are intimately connected, and their intersections run directly through Spanish expectations about the messiah. Is it possible that we did not learn everything there is to know about Columbus in school? Find out from a Columbus (Ohio) resident!

Matt Goldish is a Professor of History and Jewish Studies at Ohio State University and holds the Melton Chair in Jewish History. His research interests focus on the Western Sephardi Diaspora and the Portuguese conversos of Amsterdam, London, and Hamburg. His book, The Sabbatean Prophets, deals with the role of prophecy in the great messianic movement of Sabbatai Zevi, which swept the Jewish world in 1665-1666. Additionally, he works on the seventeenth century, and his monograph, Judaism in the Theology of Sir Isaac Newton, revolves around the impact of Jewish ideas and literature on European intellectuals at the dawn of the Enlightenment. He is also the author of Jewish Questions: Response on Sephardic Life in the Early Modern Period.

In addition to his public lecture, Professor Goldish will present a graduate student and faculty colloquium and serve as a guest lecturer in a Jewish Studies course.