This Upcoming Sunday and Monday is the festival of Shavuot in which we celebrate the giving of the Torah at Mount Sinai.  Our sages teach that on every festival the events that we are celebrating reoccur on a spiritual level.

Our sages call the giving of the Torah the wedding between G-d and the Jewish people. The reason for this is because the Torah binds and unifies HaShem and the Jewish people as in the bond of a marriage.  Another reason for this name is because when HaShem gave the Torah he implanted within each Jew a natural and inherent love to him.  The Kabbalah teaches that each and every Jew has this love but at times it remains hidden in the depths of his heart.  However, since it is an integral part of his psyche it will ultimately resurface.

Jewish history is full of examples of this phenomenon and we can bring an example from our times.

In the beginning of the twentieth century the spirit of the American society was not favorable towards Jewish religious observance. Additionally, the majority of Jewish immigrants became swept away pursuing the American dream of prosperity and did not pay too much attention to their observance.  This trend was so strong that the greatest sociologists of the time predicted that European Judaism was a relic of the past since the majority of European Jews were killed by the Nazis and European Jewry would not succeed in America. Yet against all odds in the latter part of the twentieth century Judaism flourished in America. This return to  tradition was so strong that tens of thousands of Jews who were barely raised with any Judaism adopted lifestyles of Jewish religious observance.

May you have a joyous holiday and may we all receive the Torah  anew joyfully and internally!

Rabbi Pesach Scheiner is the Rabbi of Boulder County Center for Judaism. In addition, he teaches extensively throughout Boulder County and is the author of "Finding the Joy in Everyday Living," a book of short chapters explaining the ways to access happiness through appreciation, gratitude, and a sense of purpose.
Previous 2016 Fridays on Flagstaff with Adventure Rabbi Begin This Week
Next Community…Family…Fathers – The 2016 Boulder Jewish Festival 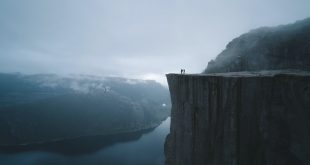 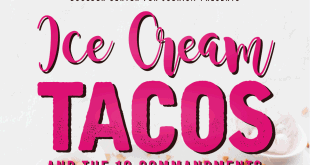