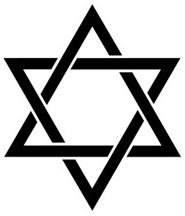 Deborah Beryl Garelick, mother of Robert Garelick, passed away on Wednesday night, 6 days after her 90th birthday.  Robert and Debbie were in London with her in the last week of her life.  Deborah was buried this morning in London.
Deborah Beryl Garelick was born on Gower Street, London on January 9th 1924 to a Russian father and a French/Moroccan mother.  She was evacuated during the war for the first year and then made striking pins for hand grenades and in the latter part of the war she worked with refugees.  She met their dad when he came to her brother’s office, where she was working, and he proposed to her after two weeks. They had 6 children, including Robert and Maureen who are both here in Colorado. For a short time during their early marriage, they owned an off license, which she ran.  After that she worked in their dad’s office.  She spoke English at school, Yiddish at home and French at the dinner table.  She was a really fun person to be around. She had a slew of sayings like “I’ll put your eye in a sling” and “he fell over a piece of hay and a hen scratched him.”
May her memory be a blessing and we wish strength and comfort to Robert, Debbie and Hannah and Sam and to Maureen and all the rest of the family in London.
If you feel moved to make a donation in Deborah’s memory, please direct them to JDRF  http://rockymountain.jdrf.org/get-involved/ways-to-donate/

Marc is a native of London, England where he was an actor and practitioner of complimentary medicine before training as a rabbi in London, Jerusalem and Los Angeles. He was ordained at the Ziegler School of Rabbinical Studies at the American Jewish University in 2004 and has been the the spiritual leader at Bonai Shalom in Boulder ever since. Marc was a close student of Rabbi Zalman Schechter Shalomi and received an additional smicha (rabbinic ordination) from him in 2014, just two months before he died. He has been the host and narrator of two documentary films shown on PBS; A Fire in the Forest: In Search of the Baal Shem Tov and Treasure under the Bridge: Pilgrimage to the Hasidic Masters of Ukraine. Marc is a graduate of the Institute of Jewish Spirituality, a fellow of Rabbis Without Borders, has traveled to Ghana in a rabbinic delegation with American Jewish World Service and co-chair of the Rabbinical Council and national board member of Hazon, which strives to create more sustainable Jewish communities. In 2015, Marc was among a group of 12 faith leaders honored at The White House as “Champions of Change” for work on the climate. Marc is a proud member of Beit Izim, Boulder’s Jewish goat milking co-op.
Previous ‘Day of Service’ at Congregation Bonai Shalom
Next Boulder City Council Unanimously Approves JCC Building Project