Boulder’s rabbis led a moving evening of Holocaust remembrance at the new Nevei Kodesh sanctuary Sunday evening for this year’s community Yom HaShoah observance.  Five survivors gave testimony for a capacity crowd that included community members of all ages — exactly what the organizers hoped for.

The evening began with remarks from Rabbi Hanalei Laner, and Morah Yehudis Fishman read a poem.  Then survivors Doris Small, Irene Rosenshein, Bill Safran, Lola Sussman and Arnold Fridland each lit a candle, plus a sixth candle was lit by a child, to commemorate the six million.

Rabbis Josh Rose and Marc Soloway then moderated the group of survivors in relating some of their experiences during the Holocaust, and we heard how each had survived.  The sole question taken from the audience for the survivors was “how did their experience change or affect their relationship with God?”

Here are pictures and video from the event:

I've been writing things since grammar school, and served as a writer, photographer and/or an editor on my junior high and high school newspapers; the Daily Trojan at USC (where I earned my journalism degree); the student newspaper at the Anderson School at UCLA (where I earned my MBA); and written and edited countless business documents and presentations in the ensuing twenty years. I've been involved Jewishly since my bris and in Boulder since 1995. I'm married to my Executive Director Cheryl, and we have two children, Lauren and Ethan.
Previous Side By Side: Learning about the Middle East in a New Way
Next Open Letter: Gun Violence Working Group 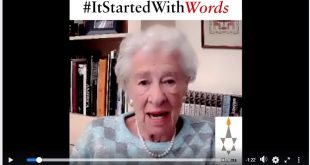 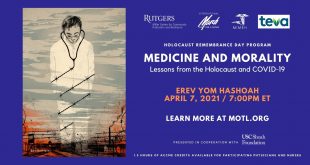