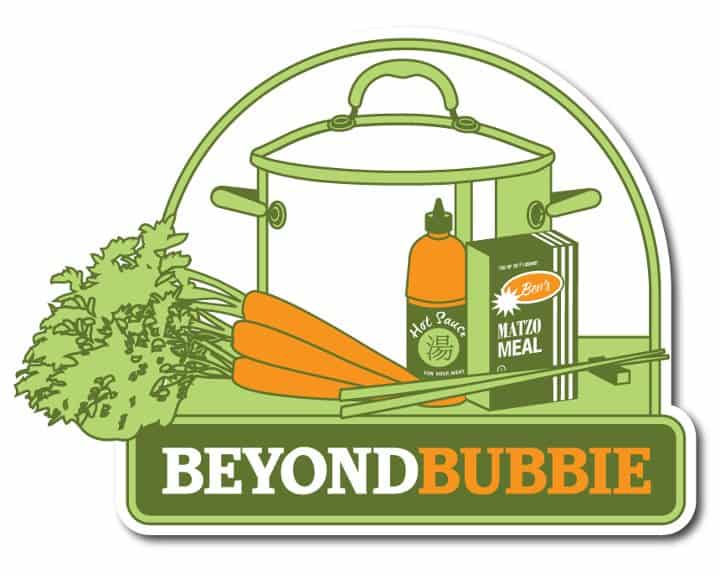 Jeffrey Yoskowitz is the founding editor of the storytelling site Pork Memoirs and a  founding partner of The Gefilteria, which specializes in what it calls artisanal gefilte fish and old world Jewish foods. He got his start as a foodie with a dream of selling his grandmother Ruth’s beloved apple strudel when he was just nine.

One pan of strudel wasn’t enough for the whole family. Grandma soon brought two strudels on each trip, one for me and my older sister Dahlia, the two biggest strudel fans in the family, and one for everybody else. In time, once my sister and I began fighting over our shared portion, the strudels numbered three. No matter how much Grandma baked, there never seemed to be enough.

I wanted to remedy the situation, so I conceived of an idea for Ruth’s Strudel Shop…The plan: Grandma would bake all day and I would take care of all the operations and logistics. Some called it an early sign of entrepreneurship (namely my mother), but to me it was a way to maximize Grandma’s strudel output. “You bake it and I’ll sell it,” I promised her, he said.

He shared his story and recipe on Beyond Bubbie, a new interactive community cookbook that provides a place to share the stories and memories connected to recipes.  A live event with stories, performances and interviews with celebrity chefs will be held January 24, 2013 at the Contemporary Jewish Museum in San Francisco. Video of an “Iron Bubbie Knish-Off,” featuring Wise Sons Deli owners Leo Beckerman and Evan Bloom will also be shown. Another launch event will be held January 16 at 92Y Tribeca in New York City with performers including comedian Mo Rocca and Carla Hall, a finalist on Top Chef and co-host of ABC Daytime’s lifestyle series, “The Chew.”

Although “Bubbie” is the Yiddish word for grandmother, the site is based upon the stories and recipes that tie people together.

Beyond Bubbie embraces today’s eclectic multicultural world, and offers that a “Bubbie” could just as easily be a favorite uncle, beloved family friend or next door neighbor; their trademark recipes might be Moroccan “cigars,” Korean short ribs, or vegetarian couscous.  What makes them a Bubbie in our book is the love they’ve poured into these dishes, and the memories you’ve created over them.

For some the site is a place to remember and honor a Bubbie and for others, it could mean taking a beloved recipe and reinventing it for modern culture, sans mazto balls. Even still, it could be a place to incorporate ingredients from childhood into current day standbys.  Gefilte fish tacos, anyone?

Everyone’s bubbie has a recipe, and every bubbie’s recipe holds a great story. They tend to be forgotten if they’re not written down, and with so many bubbies working off fading memories, tattered index cards, and worn synagogue cookbooks, we figured it was time to put out a call for the recipes and stories of bubbies everywhere,” said David Sax, author of Save the Deli and a co-creator of Beyond Bubbie. “Not just Yiddish-speaking-chicken-in-the pot bubbies, but Sephardic-couscous bubbies, Filipino-nanny-pancit-on-Friday-night bubbies, and college-roommate-who-made-you-apple-cake-when-you-were-depressed bubbies.”

The Beyond Bubbie website is a project of Reboot, a non-profit group designed to re-imagine the cultures, traditions and rituals of Jewish life. The project is being sponsored by the Koret Foundation and the The Howard and Geraldine Polinger Family Foundation.

Submit your own food memories at http://www.BeyondBubbie.com and contact Dina Mann at Dina@rebooters.net for information about how to hold your own Beyond Bubbie event.

They call me "NewsHound IV," because I'm a clever Finnegan, sniffing out stories all over the Boulder area. I love Jewish holidays because the food is GREAT, especially the brisket. Well all the food. I was a rescue pup and glad to be on the scent!
Previous A View from Israel: Shaul Amir
Next Curtiss-Lusher Elected ADL National Chairman