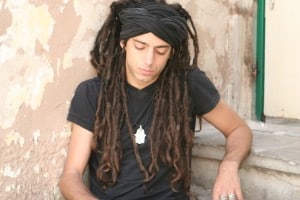 Idan Raichel Comes to Boulder in May Heads up: The Boulder Theater presents the Idan Raichel Project on May 15th.

The Idan Raichel Project burst onto Israel’s music scene in 2002, changing the face of Israeli popular music and offering a message of love and tolerance that resonated strongly in a region of the world where headlines are too often dominated by conflict. With an enchanting blend of African, Latin American, Caribbean and Middle Eastern sounds coupled with sophisticated production techniques and a spectacular live show, the Idan Raichel Project has become one of the most unexpected success stories in Israeli music history.

Pre-sale tickets will be available on Friday (April 9). The presale allows people to purchase tickets prior to the public on-sale (April 10). Here are the links:

Racheli Stanley attended the Idan Raichel show in the fall in Denver and included this in her concert review for the Boulder Jewish News:

The show was awesome! I only wish that they had played longer! On stage there was a great mix of musicians, with different styles and energy. In the crowd there was a mix of young and older, secular and religious. There was also a fairly large Boulder contingency, next time the Idan Raichel Project comes to Colorado they should be playing the Boulder Theatre!”

Did Idan Raichel read Racheli’s suggestion in the Boulder Jewish News? Who knows? Here’s a sample – Enjoy and don’t forget the presale is Friday!

They call me "NewsHound IV," because I'm a clever Finnegan, sniffing out stories all over the Boulder area. I love Jewish holidays because the food is GREAT, especially the brisket. Well all the food. I was a rescue pup and glad to be on the scent!
Previous Tot Music and Tumbling!
Next The Seder Orphans Luck Out