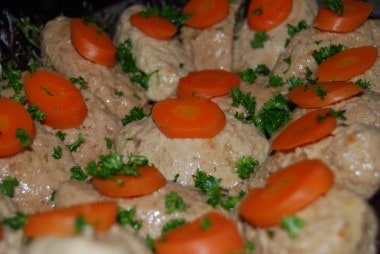 The Seder Orphans Luck Out Feeling a bit like Joseph and his pregnant wife over 5000 years ago, here we were in my new “hometown” at Passover, all by ourselves and with no place to go for a seder. Such a shonda.

A non-religious traditionalist, I had made these Passover meals in my own home for over 40 years. First in my New York apartment, then in my house in Malibu for over a decade and for the past 26 years in Hong Kong, where I had lived and worked until just a few weeks before. And now, newly arrived, my husband and I were seder-less. In desperation I went to my computer and Googled JEWS IN BOULDER. Soon thereafter an answer arrived, not from above, but in the form of a most down-to-earth invitation from David Fellows. He said he would love to have us “seder orphans” at his home, and when I asked “what could we bring?”, the answer was “nothing. Only your own happy faces.” How sweet was that?

So on the night of the first seder, my husband Cliff and I got in our car and with only the tiniest of trepidations drove to this “mystery seder”, with the help of “Susan” on our GPS leading us right to the front door of the Fellows home at 5:30 on March 31st.

But we needn’t have been concerned. Because what to our wondering eyes should appear but the friendliest, nicest, warmest, most haimish group of people imaginable. If Elijah himself, had walked through the door, he could not have received a more wonderful welcome.

After chatting in the kitchen with David’s wife Cheryl, her parents, David’s parents, and assorted friends and neighbors, we all found seats around the table, which began far off in the distance in the dining room and went on and on until it reached the kitchen. It was set for 30, not counting the two dogs who occasionaly joined the festivities.David had said it was casual, and it was. People were nibbling on carrot sticks. Bottles of wine were being opened. And Cliff and I were made to feel so much at home by the friendly mob, we were both delighted I had had the smarts to go into the internet, the chutzpah to ask to be included in a seder…and the good fortune to click into the Boulder Jewish News and find David.

Everyone at the table read a passage from the Haggadah….appropriate songs were sung….the English was spiced up with the occasional Hebrew chorus and prayer…..lots of wine was drunk (mostly ceremonially, of course)….and the most delicious repast was served…..excellent chicken and matzoh ball soup (ethereal matzoh balls with the weight of gossamer by Cheryl and David’s artistic daughter) followed by yummy gefilte fish, platters of tasty middle-eastern specialties courtesy of Sylvain (originally from Tunisia), perfectly cooked asparagus, roasted potatoes, grilled chicken, salad and a brisket made in heaven.

After the seder we sat around and talked for a while as I managed to find a little room for the exceptional desserts…and Cheryl’s chocolate covered matzoh. When we finally left, there were genuine hugs and kisses all around and promises to keep in touch.

From what started out to be a Passover without a seder, turned out to be an evening to remember for all time. And dare I say it, truly our best seder ever (and mine were legendary!!).