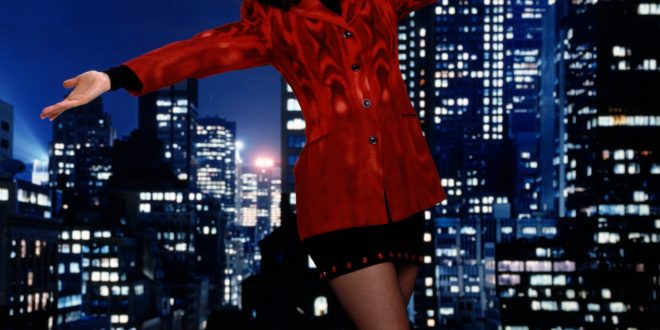 “The Nanny” and the Jewish Stereotypes We’re Tired of Seeing

Kristin Palyo March 30, 2022 Arts & Culture Comments Off on “The Nanny” and the Jewish Stereotypes We’re Tired of Seeing

My dad was born and raised in Flushing, NY. A place packed with people and culture that unofficially bestowed Fran Drescher as a mascot. This meant that her 90s sitcom, “The Nanny,” would become a staple in our household, showing us the rich world of New York we would otherwise miss growing up in a tamed suburban neighborhood. It was my window into American, Jewish culture showing the ins and outs of what it meant to be Jewish in New York during the 90s. However, a window is at mercy to the frame that presents it and my perspective was shaped by Jewish stereotypes.

Stereotypes are surely innocent at the core and they shape aspects of life into digestible ideas. It would be unrealistic to assume that we would try to understand the deep complexity of every person, concept and culture. It however does not take a genius to conclude that stereotypes get things wrong. They are at fault to society’s stigmas and ignorance then redundantly shown to us through entertainment. “The Nanny” hit television screens in 1993 and brought with it the beloved story of rags to riches and witty dialect. The show was a success depicting Fran Fine’s journey from Flushing to Manhattan and retail to nannying for a millionaire, screenplay writer.

The Jewish American princess or JAP is the stereotype of a materialistic, spoiled Jewish daughter. Fran was a well rounded character but as a Jewish daughter she was painted with these qualities throughout the show. In the season 1 Christmas episode, Fran goes to Catholic church with the kids to celebrate the holiday. She enters the confessional room and creatively admits, “Forgive me father for I have shopped”. As the show goes on we try not to ask how Fran affords endless designer clothes with a nanny’s salary and hum to the theme song that goes “the flashy girl from flushing”. Alternatively, “Friends,” another notorious 90s sitcom, had its fair share of JAP representations as seen through Rachel. Of course Rachel was never explicitly labeled Jewish but writers shared they always imagined her Jewish after the show aired. The obvious nose job, almost marriage to a wealthy dentist and materialistic attitude helps make this depiction. Rachel was no stranger to materialistic representations, constantly blowing her money on designer clothes and eventually even working in the fashion industry. In modern day this stereotype does not tire still being shown in reality tv shows like “Princesses: Long Island.” A show that follows six young Jewish women plagued by being spoiled by their parents and spending their money on shoes and clothes.

I was further introduced to Bubby through “The Nanny,” an overbearing, overinvolved and critical Jewish mother. Sylvia Fine is the epitome of this stereotype and exhibits qualities through the show’s run. In season 4 episode 21 Sheffield puts it best saying, “My mother derives sustenance by criticizing everything in my life”, and Fran replies, “Yeah? So? Oh I keep forgetting you’re not Jewish.” Even Sylvia’s mom, Yetta, shares this stereotype constantly being shown criticizing and even attempting to move in with Fran in season 2 episode 3 unmistakably being over involved. “Seinfeld,” the beloved 90s sitcom, also incorporates their own Bubby played by Helen, Jerry’s mom. In season 5 episode 18 Jerry craves alone time with his girlfriend Rachel while his parents are in town. Helen comments “Jerry, if you have something to do, we can just sit right here and read.” She is also seen throughout the show criticizing Jerry’s career as a comedian, further planting ideas of Bubby into audience’s heads nationwide.

My 90s sitcom binges left me educated on Jewish culture from the textbook of cheesy jokes and relenting stereotypes. My ideologies were skewed and imperfectly molded by the false depictions of Jewish people in entertainment. While I’d like to write that Jewish stereotypes are dead and we all lived happily ever after these stereotypes persist. “Schitt’s Creek,” the sitcom that aired in 2015 unapologetically paints Jewish daughter Alexis Rose with the same colors of materialism we thought we’d escaped after the 90s. The cartoon “Big Mouth,” which aired in 2017, follows the life of the young, Jewish Andrew. Barbra Glouberman, Andrew’s mom, epitomizes Bubby, saying in season 1 episode 4 “be afraid of things”.

To argue the contrary these stereotypes are for the sake of comedy but after speaking with Jewish friends they agree with me that the jokes are old and used. While the 90s did many things right, time goes on and it demands progress. Within the entertainment industry, I see this progress showing up with a fresh slate of jokes, that don’t rely on stereotypes.

Kristin is a Colorado native attending CU Boulder and studying Psychology and Sociology. She plans to pursue journalism and seeks to feed her passion for writing by reporting facts and sharing stories.
Previous Boulder-Area Restaurants Offer Passover Catering
Next The Fateful Voyage of the St. Louis: A Discussion with Paul Shankman at the Boulder JCC 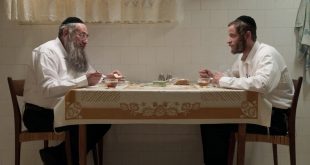