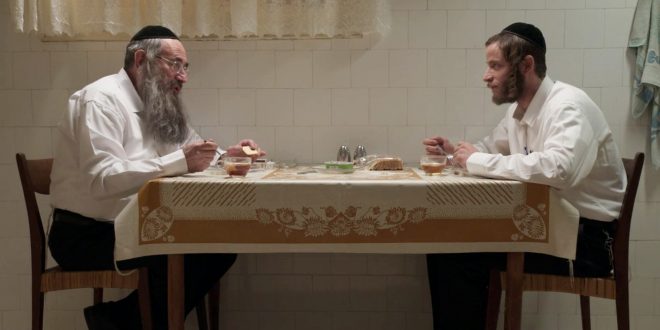 Freed from the constraints imposed by the network censors and advertisers, creative filmmakers began producing provocative, original work – and audiences responded by binge-watching season after season of their favorite shows, from “Breaking Bad” to “Mad Men.” The mini-series format allowed complex stories ample screen time to unfold, and became another all-star attraction, as the recently-released “The Plot Against America“ attests.

As streaming platforms such as Netflix and Amazon Prime began hunting far and wide for content, international films, min-series, and shows became readily available. A related rise in the quality and quantity of Israeli programming also opened a window on life in the Jewish homeland for anyone with a home screen.

Today, there is no shortage of older and newer shows to watch while self-entertaining ourselves at home. And no one will judge you for binge-watching!

On Sunday, April 12 at 4:00 pm, we will zoom in on all the Jewish shows available to stream. My recommendations for what to watch at home during our social distancing protocol will include your questions and comments. We will poll our audience to see which of the TV shows are of most interest to view and discuss as a community.

We will discuss hit Israeli TV shows such as “Shtisel” and “Fauda,” as well as the lesser-known “When Heroes Fly,” “Hostages,” “Hatufim“ (“Prisoners of War,” the model for “Homeland“), and “Srugim.” From American comedies such as “The Kominsky Method” and the ever-popular “The Marvelous Mrs. Maizel” and “Curb Your Enthusiasm” to provocative programs such as “Transparent,” we will survey the wide range of dramas, documentaries, and series with strong Jewish content available on a variety of platforms.

Find out about the two latest shows everyone is talking about, “Hunters,” with Al Pacino as a Holocaust survivor opening a can of whoop-ass on some evil Nazis still intent on world domination, and “The Unorthodox” featuring Shtisel actress Shira Haas as an Orthodox woman who flees Williamsburg for a new life in Berlin in the four-part adaptation of Deborah Feldman’s New York Times bestselling memoir of the same name.

CLICK HERE for a full listing of JCC Virtual Events.

And yes, I have watched all episodes of all the above shows!

Kathryn has spent her professional life writing about, teaching, and presenting the arts. Founding Director of the Boulder Jewish Film Festival, Kathryn was Director of Menorah and ACE at the Boulder JCC from 2003 through August, 2019. The former film and theater critic for the Boulder Daily Camera, Kathryn is the author of "The Fifty Greatest Jewish Movies" and "The Fifty Funniest Films of All Time." kathryn.bernheimer@gmail.com
Previous Adventure Judaism Hosts Virtual Seder
Next How Can You Buy “Local” During the COVID-19 Situation?