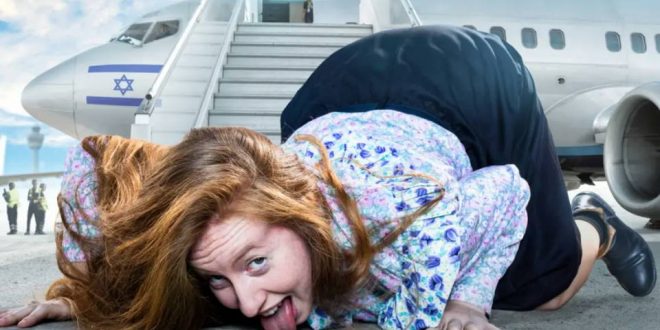 On the other hand, “Chanshi,” which began airing on the Israeli TV network HOT in early December, may be sui generis. It tells the story of Chanshi (an endearing name for Hannah in Hebrew), a devout Jewish woman in Brooklyn who flees to Israel to pursue sexual liberation. It also stars Henry Winkler (aka the Fonz) as Chanshi’s American dad.

In late January, “Chanshi” debuted at the Sundance Film Festival, where its producers hope it will be picked up for distribution in America.

Weiss, the associate director of Brandeis’ Schusterman Center for Israel Studies and an expert on Israeli popular culture, spoke about “Chanshi” and what the show says about U.S.-Israeli relations.

You see “Chanshi” as different from “Unorthodox” in that Chanshi doesn’t forsake her religion.

Yes, Chanshi goes to Israel because she’s interested in exploring her sexuality — being open sexually and having random hook-ups with men. But it doesn’t necessarily mean she’s becoming less observant.

It’s not a story of her wanting to live a totally secular life. She just wants to explore a part of herself.

But her behavior would seem to flout Orthodox Jewish laws and traditions.

Furthermore, much of the Orthodox world (as well as secular society) sees women as sexual objects rather than having their own desires and fantasies. Chanshi is rebelling against all of that and proudly so.

You also have to be careful about equating American and Israeli Orthodox Judaism.

Yes, Israeli society is more religiously observant and has a larger portion of religious people, but the religion they practice doesn’t necessarily look like what we might expect.

In Israel, there’s often a blurring of the lines between the religious and secular. It’s more of a hybridization of larger Israeli culture with traditional religion, especially as the religious population grows.

Take Odeya, a popular Israeli musician. She has a song, Intellectualarse (Pimpintellectual), describing herself as half-Haredi [strictly Orthodox] and half-dressed. She dresses like any other American pop star — like Taylor Swift.

Odeya doesn’t fit into our preconception of an Orthodox Jewish woman. She defines herself as religious in a different way than what we’re used to.

You also see “Chanshi” as a story about culture clash.

Yes, it’s very much in that genre of shows about Americans who go abroad, like “Ted Lasso” or “Emily in Paris.”

And in many ways, Chanshi is clueless about Israel.

She gets excited when she meets Israeli soldiers because she thinks they’re strong and sexy and have seen combat. But they keep having to tell her they served in Intelligence and sat behind computers. Chanshi doesn’t realize that the nature of warfare has changed.

And Chanshi doesn’t quite know what to do with Mizrahi Jews, Jews originally from Arab and Islamic lands. She sees these darker-skinned men as exotic. There’s all this racial politics in here that gets messy, and the show handles it well.

Other Israeli TV shows like “Fauda” and “Shtisel” have caught on with Americans. Do you think “Chanshi” would, too?

What’s interesting is that the show takes a very American Jewish kind of TV comedy that’s popular and puts it in an Israeli context. It has a “Broad City” vibe but has similarities to “The Marvelous Mrs. Maisel” as well.

Do I think it could be a hit? I certainly hope so.