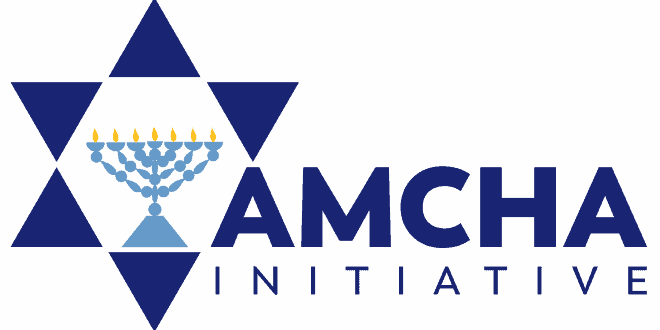 Bruce Ticker March 24, 2022 Guests and Blogs Comments Off on Column: Sex And the Simplistic Pro-Arab Apologist

With “honor killings” against women persisting in Arabic society, a sexual-abuse survivors group at the University of Vermont “issued a statement comparing Zionists to sexual abusers and blocked Zionist students (read: Jews?) from posting.”

Surprised? The surprise should be that a survivors group would recognize the poor Palestinians after years of pro-Palestinian activity without receiving its attention until almost a year ago.

The Vermont episode is among more than 4,700 goodies – or baddies, if you will – that AMCHA Initiative documents on its website, some of which the organization picked out in last week’s release of a study which found that “the presence and number of faculty who expressed support for an academic boycott of Israel strongly contributed to every measure of campus antisemitic activity.”

In poring through AMCHA’s study and website, I discovered its list of Israel-bashing incidents that were largely as predictable as much as they are crude, but a handful stand out. I was struck by their creativity and high levels of oddity and hypocrisy. Of these, those driven by sexual issues stood out from the handful. AMCHA monitors more than 450 college campuses in America for antisemitic activity.

Sexual abuse and other forms of mistreatment must be of paramount interest to Palestinian women and other women in Arab lands. They are under the strict control of their families and many are murdered by their own families in “honor killings.”

Queen Rania of Jordan confirmed nearly two decades ago that her government was attempting to crack down on honor killings, in which women are murdered by their own relatives for flouting traditions, even when they are not at fault.

“Jordan is very, very committed to really finding a solution and ending these crimes against women,” the queen said in October 2003 on Good Morning America. “This is not just a problem in Jordan or the Arab world. It’s actually international. I was reading an article in the British press that about 5,000 women are estimated to die as a result of crimes of honor or crimes of passion…We all have a lot of work to do in protecting women from these kinds of atrocities.”

She added, “If I don’t do it, then I’m just not fulfilling my obligation towards my people.”

I recall hearing about two cases. In Jordan, a man killed his daughter because she was pregnant while not married. It turned out that the father had impregnated her. In another country, a teenager was pressured by his father and grandfather to kill his 16-year-old sister for marrying outside of her clan.

Even in America and Canada, Arab fathers have murdered their daughters for dating non-Arabic or non-Muslim boys, or adopting western fashions and trends.

The honor killings and related abuses are not mentioned by UVM Empowering Survivors, presumably because they are too busy shutting out those pesky Zionists. They released a statement on a campus-related Instagram account saying, “We follow the same policy with Zionists that we follow with those trolling or harassing others – blocked. The liberation of (sexual assault) survivors means the liberation of Palestine,” the statement continues. “The UVM Empowering Survivors team supports a free Palestine and stands with Palestinians here and abroad for their right to their lands…The horrors that the Israeli government have inflicted upon the Palestinians, and particularly the disgusting sexual abuse the IDF and Israelis have put so many Palestinians through, is something we should all be standing against as survivors and allies to survivors.”

What does sexual assault have to do with “Palestine?” Where is the evidence of sexual abuse committed by the Israel Defense Forces?

In this vein, two posts on the Greek Rank webpage “Indiana University Bloomington – IU Discussion” that accused Jews of sexual assault that Jews are about is “money, greed and sexually assaulting,” and that “the truth is that their huge noses, afros and smelliness prevent them from being attractive so they rape and justify it with their sick way of looking at the world,” according to an AMCHA post on Feb. 20.

Again, no evidence. How did they connect Jews with afros?

The IU administration was responsive, as Provost and Executive Vice President Rahul Shrivastay released this statement: “This attempt to anonymously spread hate is cowardly, horrific and simply unacceptable in the IU community. A police investigation is underway, and the person or people who made these posts who can be identified will be held accountable.”

A coalition called the “Gender Studies Departments in Solidarity with Palestinian Feminist Collective” entered the fray to protest Israel’s role in an outbreak of war last May, and seven departments accounted for the largest share departmental signatories along with faculty statements from 115 colleges, according to the AMCHA study.

That could be the most hypocritical statement of them all considering that Gender Studies departments ignored how Palestinian women are abused in their society. “As gender-studies departments in the United States, we center global social justice in our intersectional teaching, scholarship and organizing,” the May 17 statement reads, as quoted in The Algemeiner website.

“From Angela Davis we understand that justice is indivisible; we learn this lesson time and again from Black, indigenous, Arab and, most crucially, Palestinian feminists, who know that Palestine is a Feminist issue,” the statement continues. “As residents, educators and feminists who are also against the settler-colonialism of the U.S., we refuse to normalize or accept the United States’ financial, military, diplomatic and political role in Palestinian dispossession.”

We can all wholeheartedly concur that “Palestine” is “a feminist issue.” Palestinian women themselves can testify: Some of their abusers are their own husbands, fathers, brothers and even sons. Unfortunately, many are unable to testify since they cannot do so from their graves.

Bruce S. Ticker, who writes from Philadelphia, also blogs for The San Diego Jewish World and Smirking Chimp and previously for the suspended Philadelphia Jewish Voice. He was previously a reporter and copy editor for daily newspapers in eastern Pennsylvania.
Previous Will We Be A Bystander to Genocide?
Next Boulder Chevra Kadisha Offering Series on End-of-Life Planning