Instead of blaming Sen. Jon Manchin III for the uncertain status of the Build Back Better bill, perhaps we should direct our wrath at the ghost of William Paterson. New Jersey’s one-time governor might well be disgusted with himself if he was alive to witness the suspension of the $1.7 trillion social policy legislation.

As a delegate to the Constitutional Convention in 1787, Paterson balked over the proposal for a proportionate House of Representatives without accounting for the needs of New Jersey and other smaller states. The majority of delegates responded by creating the Senate in which each state, no matter its population, is authorized to send two senators to the chamber.

The two current senators from New Jersey, now the 11th most populous state, are among 48 or 49 Democratic senators who likely would vote for the bill that would fight climate change and continue monthly checks to parents, and invest in a wide range of spending and tax cuts aimed at child care, affordable housing, home health care and more, according to The New York Times.

New Jersey, New York, California and other blue states are home to more than 3 million Jews, and more than a half-million Jews live in Florida’s mostly blue section; blue states here count as those which supported President Biden in the 2020 election and/or states which mostly back Democrats.

Manchin’s choice to abandon the legislation underscores an institutional reality. We do not live in a democracy. We never did. The majority of Americans does not rule the federal government, and decisions made on the national level flow down to the states and cities. The system screams for change if the majority can ever be assured of a federal government responsive to its needs.

Any presidential candidate must win the electoral college, with or without the popular vote, to move into the White House. Former President George W. Bush lost the popular vote in 2000 as did Donald J. Trump in 2016.

Small-state senators can boast far more power than senators who represent large-population states. Manchin, a Democrat, represents 1.7 million West Virginians, or .54 percent of the national population, yet he was capable of stopping cold the Build Back Better bill when he announced his decision on Sunday not to support it. After the House of Representatives voted for the bill earlier this month, the Democratic leadership still needs all 50 Democratic senators to vote for the bill; no Republican senators (including three from blue states) are willing to back it.

Even the House is set up to disregard the will of the majority. When Republicans controlled the House, Democrats collectively received more votes because Democrats are heavily clustered in many congressional districts, primarily in urban districts where Democrats often win between 80 to 90 percent of the vote.

Granted, mayors, governors and the wide range of state and local officeholders are elected by a majority of voters, but their governments depend on federal funds determined by Congress to help finance their programs.

Manchin’s opposition certainly harms the bill’s progress, but he is still a senator before he is a Democrat. His first duty is to represent what he deems is best for West Virginia, a decidedly red state – even if his position on the bill is deplorable. Many critics accuse Manchin of being influenced by campaign contributions and the coal-mining industry.

What of the Senate’s 50 Republicans? What happened to Susan Colllins of Maine, Ron Johnson of Wisconsin and Pat Toomey of Pennsylvania? Their states supported Biden last year and all their governors are Democrats. Why must they vote against the Build Back Better bill because Senate Minority Leader Mitch McConnell of Kentucky tells them to? McConnell’s governor is a Democrat, incidentally.

Deadlock on the bill can also be attributed to apathy and the conduct of the most forceful backers of Build Back Better. Voter turnout in Philadelphia, Detroit and Milwaukee was low enough to contribute not only to Trump’s victory in 2016 but also the re-election of Toomey and Johnson. If Hillary Clinton was elected then, would we even need this legislation now? If Democrats from Pennsylvania and Wisconsin were added to the Senate then, would Biden need to beg for Manchin’s vote?

So-called progressives like Alexandria Ocasio-Cortez managed to destroy their credibility, particularly because of their attacks on Israel. Their arguments for the bill might have been taken seriously enough to prod Manchin to vote for the bill.

Would even any of this have been necessary if William Paterson had not declared that the smaller states would be “swallowed up” by a proportionate legislature? Under a more proportionate system, American policies today could be very different. Paterson did not recognize that New Jersey’s status might be reversed one day. New Jersey is not only one of the most populous states now but also among the wealthiest. It contributes billions of tax dollars more to the federal treasury than it gets back.

James Madison opposed the Senate structure when he was a convention delegate. He joined four other delegates to muster support for something better, but nobody else was interested. After the delegates signed the Constitution, Madison wrote in support of the Senate provision in the Federalist Papers, probably because he wanted the Constitution ratified by all 13 states, even with its flaws.

The Senate needs to be more proportionate. Legislation that would benefit 39.5 million people can no longer be held hostage by a state populated by less than 600,000. The senators from California have received more votes than some past presidents, and Dick Cheney was once Wyoming’s only congressman long before he became vice president. Wyoming’s current population is far less than that of the average congressional district.

To bolster majority power, the states could vary in their numbers of senators representing geographic sections of each state. States with under 1 million people would each lose one of their two senators while larger states would be authorized to elect three or more senators.

Pennsylvania, for example, might be represented by three senators with each taking in separate areas – one for Philadelphia and its suburbs; a second for Pittsburgh and western Pennsylvania; and a third senator for the rest of the state. The late Arlen Specter, a Republican, mostly backed his party’s policies despite differences, but how would he have voted had his authority been limited to Philadelphia, its suburbs and perhaps some other neighboring counties?

For the House of Representatives, each member could be allowed a weighted vote on legislation for each vote they earned in their elections. A congressman who received 250,000 votes would have more clout with each congressional vote than one who received 150,000 votes.

How to accomplish these feats is another matter. Most of these proposals must be subject to the amendment process, which is an obstacle course that itself should be amended. It is an extremely difficult process that can be easily blocked in Congress and, if it miraculously reaches the ratification process, left dormant by only a slim number of low-population states.

To end or revise the filibuster, Democrats must win a net increase of two more senators, whether as Democrats or independents who caucus with the Democrats. Manchin and Kyrsten Sinema of Arizona, also a Democrat, refuse to support significant changes to the filibuster.

We can only hope that enough candidates who speak for the majority can get elected in 2022 and beyond so that Democrats can hold its House majority and Democrats or independents will fill two more Senate positions.

Bruce S. Ticker, who writes from Philadelphia, also blogs for The San Diego Jewish World and Smirking Chimp and previously for the suspended Philadelphia Jewish Voice. He was previously a reporter and copy editor for daily newspapers in eastern Pennsylvania.
Previous Weekly Edition: December 24th, 2021
Next It’s Time for Some “Moonshot” Philanthropy 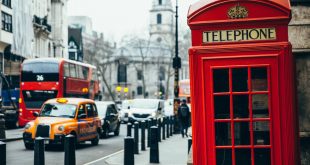 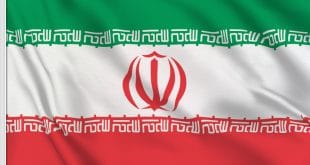