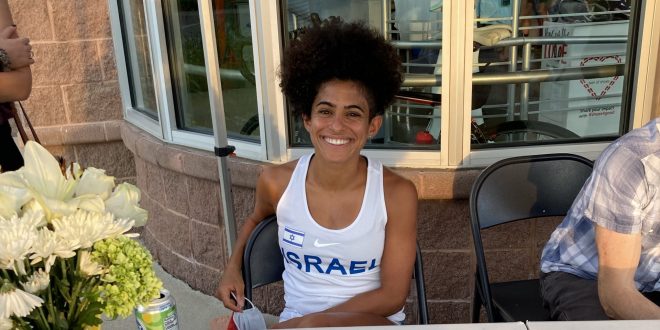 Boulder Olympic long-distance runner Maor Tiyouri is at the Tokyo Olympic Games representing her native Israel.  This is Maor’s 2nd Olympic Marathon, as she also qualified to represent Israel at the 2016 Olympics. The Women’s Marathon will take place on August 7th (Japan time; 4 pm August 6th MDT) in Sapporo, Japan.

Maor is a native of Kfar Saba, Israel.  Before coming to Boulder she studied at the University of San Francisco,, majoring in Exercise and Sport Science.   Good Luck to Maor, a Boulder celebrity at the Olympics!

They call me "NewsHound IV," because I'm a clever Finnegan, sniffing out stories all over the Boulder area. I love Jewish holidays because the food is GREAT, especially the brisket. Well all the food. I was a rescue pup and glad to be on the scent!
Previous First Friday on Thursday: Rising Antisemitism in our Community and Country with Scott Levin
Next Weekly Edition: August 6th, 2021