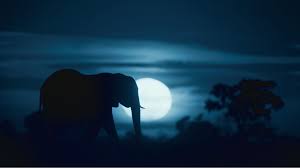 I have been following a strict beauty regime and I am so satisfied with the results I have decided to share my secret with you. For optimal effect, this beauty-enhancing treatment requires little effort and minimal expense, but must be performed in the hour immediately before bed.

My home remedy operates on the principle that beauty emanates from within and that if you change how you look at the world, even a little, it can have an amazingly restorative effect.

For an improved outlook, I recommend consuming a hefty dose of beauty every night before sleep. This rejuvenating formula can be tailored to your needs, using a combination of ingredients commonly found on Netflix, Amazon, and other streaming services.

Nature and wildlife shows are among the most abundant of the many awe-inducing products on the market. All travel programs and many cooking shows provide the prescribed amount of beauty. But even an architecture reality show can be rich in required wonder.

One of my favorite revitalizers, which has just returned for a third season, combines the pleasures of travel, food and culture, with Yiddishkeit added as an active ingredient.

“Somebody Feed Phil” is audacious and at times silly, but sure to prompt those deep smiles that exercise your facial muscles. Our perennially hungry host is famed comedy show creator Phil Rosenthal. The success of “Everybody Loves Raymond” put him in similar enviable situation to his persona-opposite, Larry David, who could do pretty, pretty, pretty much what he wanted after “Seinfeld.” Phil’s enthusiasm cannot be curbed.

Phil loves eating food, meeting people, and visiting exotic locales, so he created a show that allows him to do those things. Being an ebullient people person, Phil invites us to tag along on his culinary explorations – from street food to haute cuisine – making friends around the world. Packing an appetite and an abundance of good cheer, Phil also brings his overtly Jewish sense of humor with him on his travels. (Set in Marrakech, the first episode of the third season is titled “Shlemiel of Arabia.”)

Phil loves everything he eats and everyone he meets, and gamely tries anything he is offered, making him a warm and fuzzy version of the late Anthony Bourdain. Phil ends every show with an often hilarious Skype conversation with his elderly parents, and this personal touch is endearing.

“Somebody Feed Phil” produces the desired vicarious pleasure, but there are many other surprisingly satisfying cooking and food shows, including Samin Nosrat’s engagingly hosted “Salt, Fat, Acid, Heat.”

Another rather unexpected infusion of beauty comes courtesy of “The World’s Most Amazing Homes,“ a British architecture show that takes us to far flung destinations to peek inside dozens of spectacularly innovative homes. The creative energy behind these amazing living spaces leaves us in awe, and it is the human imagination that is actually being celebrated in this tantalizingly voyeuristic show.

The two hosts who created the concept and who spirit us around the globe with them provide bright, breezy banter as well as welcome insight into the design process.

Brimming with enthusiasm, Caroline Quentin is like a good chum, sophisticated but down to earth, fun to be with. An actress whose work ranges from TV to Shakespeare, Caroline has indulged a personal passion for architecture and interior design with 20 personal projects over the last two decades. She oohs and ahhs with appropriate glee, relishing being given the keys to these strange and marvelous castles.

Piers Taylor, an award-winning architect, is not only Caroline’s straight man, but the passionate expert who helpfully explains these marvels of modern design, especially the critical ways they sit in and reflect their environment.

Friends in real life, the hosts’ playful rapport adds warmth to the show, and the interviews with the architects and owners (often one and the same), also add human interest to a story of structures. Although I’m not sure I would want to live in any of them, the houses ultimately offer a look at how people live in communities around the globe. The show celebrates individualism, and the adventurous aesthetic sensibilities that always push an art form forward.

In my ongoing quest for beauty products, I stumbled across a Canadian food/travel series that is also strong in human interest and chock-full of good-hearted cheer. A rare feel-good reality show, “Restaurants on the Edge” produced excellent results when consumed nightly. A mashup of “Queer Eye,” “Pimp My Ride,” and “Chef’s Table,” the show features a make-over team that consists of a designer (the very talented, personable and energetic Karin Bohm), chef and gung-ho gourmet Dennis Prescott, and savvy, sensitive restauranteur Nick Liberato, all of whom bring heartfelt human concern to their assignments.

Together with their producers (cool job!), the team finds struggling eateries with good views but bad reviews, and transforms them through décor, menu, and marketing, all of which are tied to local culture. They focus on connecting with the community and reflecting the culture of the location, especially by integrating locally grown ingredients.

But it is the restauranteurs’ stories that really touch us, and the three makeover artists exhibit admirable empathy for these sometime inept business owners pursuing their dreams – real folk for whom failure is not an option. The owners’ gratitude is heart-warming.

Not only does this show takes us to beautiful locations and let us in on the secrets behind a successful restaurant, it also reveals the best in human nature. The positive feeling produced by people putting their best forward is known to induce restful sleep.

Among beauty-delivery programs, nature and wildlife shows offer consistent quality, and are known to produce a sense of serenity. The therapeutic value of marveling at nature is so well documented I hardly need to make an argument about the solace and inspiration we humans draw from mother nature’s splendor.

“Our Planet” (2019) is a new nature series with an environmental angle narrated by David Attenborough, whose sonorous voice and upper -crust British accent have come to signify the mixture of scientific erudition and dignified wonder with which we are invited to properly appreciate the wild kingdom.

A broadcaster specializing in natural history, Attenborough is the brother of Richard – best known as a director for “Gandhi” and as an actor for “Jurassic Park.” (He owned the joint.)

“The Blue Planet: A Natural History of the Oceans” launched Attenborough’s collaboration with the BBC in 2001, and its popularity with viewers led to Blue Planet 2 in 2017, as well as Planet Earth I and 2, in 2006 and 2016, as well as “Life,” “Africa,” “The Frozen Planet,” and other prestige titles featuring stunning cinematography and edifying narration. Each takes us to places we are likely never to visit, to see things we would never see even if we did visit them.

Seeing more than what the naked eye can behold is one of the many pleasures of the nature documentary, which makes “Night on Earth” stand out among the crowded field of recent nature shows. Using state-of-the-art low-light camera technology, military-grade thermal imaging equipment, and a whole lot of drones, this 2020 British show reveals a hidden nocturnal world. Humans have notoriously poor night vision, but other creatures see quite well after the sun sets, and thanks to new technology we finally can watch exactly what they are up to while we slumber. Nature – as this show and others reveal – is not only beautiful, it can also be weird beyond belief, funny, baffling, and downright gross.

Watching the jaw-dropping imagery of these shows, I always imagine the physical privations of the nature photographer whose dedication and lack of concern for creature comforts allow me to sit in an eagle’s nest, chase down a gazelle, or descend into the murky depths where neon three-headed fish-monsters dwell. Today, cameras are left at jungle crossings to be tripped by wild animals, and cameras mounted on drones take dazzling aerial shots. Still, the effort required to perform this sacred work behind the camera reminds us that humans are pretty amazing animals as well.

Traveling without leaving home is another of the desirable benefits of ingesting beauty before bed. I regularly inform my husband of the growing list of destinations we can take off our list. Slovenia? Done. Ice fishing in Canada? Check. A lonely mountaintop in New Zealand? Been there.

Learning about the history, culture, and cuisine of people around the world is at least as stirring as mother nature’s miracles. Human civilization is a series of discoveries, explorations, advances, and some shows combine this history with nature and geography. “The Silk Road” offers stark beauty and exotic allure as it follows the camel-caravan route taken by Marco Polo – a man world famous today for leaving home.

Narrated by plucky French war correspondent Alfred de Montesquiou, “The Silk Road” (2019) takes the path less traveled by tourists, but which once provided traders with a route from Venice to its source of exotic goods deep in China. Fascinating history is presented in a travelogue format that reminds us of the complex relationship between human destiny and the natural world. The show has been criticized for minor historical inaccuracies, so don’t use it to write your doctoral thesis.

According to a recent article in the NY Times, nature and wildlife shows are enjoying unprecedented popularity of late, and Netflix, Amazon,  Discovery, Disney, Apple, PBS and more trying to meet the demand for nature, travel and food shows that put life in perspective and remind us of the richness of our world.

This surge of interest is good news for all us lovers of beauty who enjoy being able to contemplate the world’s wonders from our own castles, who know that it’s not how you look that matters, it’s how you see.

Tags rscs tv what to watch

Kathryn has spent her professional life writing about, teaching, and presenting the arts. Founding Director of the Boulder Jewish Film Festival, Kathryn was Director of Menorah and ACE at the Boulder JCC from 2003 through August, 2019. The former film and theater critic for the Boulder Daily Camera, Kathryn is the author of "The Fifty Greatest Jewish Movies" and "The Fifty Funniest Films of All Time." kathryn.bernheimer@gmail.com
Previous College Admissions Planning – Tips During COVID-19
Next Time to Show Up and Listen