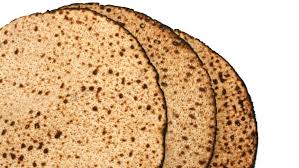 Every Family Has a Passover Story… This is Ours

Lori Dube April 15, 2020 Passover Comments Off on Every Family Has a Passover Story… This is Ours

There once was a wise old Peddler who lived in a settlement with his closest kin and surrounded by a community of other elders and their families. All year long the man toiled in his livelihood selling goods in the village Square. Each morning he would rise and bid farewell to his beloved wife and children and make his way to market occasionally crossing paths with the Rabbi who was on his way to the Israelites Temple for his morning blessings. They would greet each other with fondness for the Rabbi had dealings with the Peddler’s father and mother years before.

One time during the season of Passover, on his route along the path to market, the Peddler came upon the Rabbi and found him deep in thought, worry clouds were above the Rabbi’s head and reflected in his eyes.

“Rabbi what is on your mind and heavy on your heart may I ask,” inquired the Peddler?

“This is the season of plenty and the time of year when the Jewish people remember the hardships of being slaves in Egypt,” began the Rabbi. “It is when we are to celebrate G-d bringing the Israelites out of Egypt and freeing us from a vengeful, hateful Pharaoh. But not all of our people are yet free. Some of those among us are still slaves, still in pain, still with health troubles that enslave them.”

“How can we help these people?” asked the Peddler. He knew that he, and his big-hearted wife both had a great strength and determination and the desire to make things right. “We must reach out to those in our community who are slaves to their plight in life. We must find a way to bring Pesach to them as they are not able to join in the community Seder to retell and rejoice in the Israelites journey from slavery to freedom that God made possible for the Jewish people in bondage in Egypt.”

On that morning as the Peddler was headed to market something important was born from his encounter with the Rabbi along the way. The Peddler immediately understood inside his heart and soul that he and his family must take responsibility for bringing a taste of Passover, a taste of freedom, to those shut out from experiencing it on their own.

The Peddler returned home that evening and gathered his family together. His wife came from the river at the foot of the hill where she spent the day washing clothing, and their children, who had all grown tall and strong in near adulthood, came too. “We have been given a sacred task by the Rabbi and we must act upon it quickly because the Passover Seder is nearly upon us and there is much to do,” said the Peddler.

“We must reach out to our brothers and sisters from far and wide and to our clansmen who in their hearts and souls are kind and want to do what is right. It is on us to bring the Passover Seder offering to those in our village who cannot venture out because of age or troubled health. We must find all those in need and give to them a package of Passover foods so that they will be included in the long line of Jewish people who are blessed with Passover as a reminder of their freedom and a reminder to use their freedom to make the world a better place.”

It took very little time for word to pass through the village and for men and women and children to gather in the Peddlers tent and assemble many, many packages to be distributed to those who were in need. And out into the village they went early one morning in the days before the Passover Seder. They searched high and low for people who needed Passover delivered to them and to those who still felt enslaved by their lives and needed a taste of freedom.

When they returned after many hours of searching and making deliveries they sat and shared stories of the people they had met and the hardships among their kinfolks they had seen. They all felt blessed by the process, blessed to know the taste of freedom for themselves, and blessed to be able to be of service and do good for others.

This Passover Delivery Mitzvah Ritual went on for many years as the Peddler grew older and his sons and daughters grew older too. One year, it came to pass that the Peddler fell ill, very ill. He needed to be taken from his village to a mountain top where he was cared for night and day. It was the wisdom of the healers and the love and devotion of his wife and family that kept the Peddler alive.

When Passover came that year, the Peddler’s family and friends and community gathered still to perform the sacred act of the Passover Delivery Mitzvah Ritual. They did their work that year– the assembling of Passover packages and deliveries to those in need in the community — without the Peddler by their side.

But the Peddler was very much in everyone’s thoughts that year as they went from tent to tent distributing packages of food and love and hope. At the Passover Seder that year, the Peddler took the long journey home from the mountain top to sit beside his family and he continues to sit with us, inside of all of us, always.

This is one of the Oleinick family stories of Passover. G-d willing there will be many more.