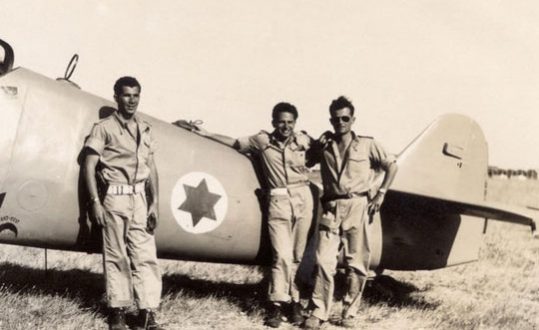 Staff May 20, 2019 Arts & Culture Comments Off on ‘Eyewitness 1948’ Brings to Life American Contributions to Israeli Independence

BOSTON, May 2019 — Coinciding with May’s observances of Jewish American Heritage Month and Yom Ha’atzmaut (Israeli Independence Day), the Ruderman Family Foundation will make available to the public never-before-seen archival footage that shares the stories of the American Jews who helped established and strengthen the nascent State of Israel.

“Eyewitness 1948: The American Contribution” — a film series produced in partnership with Toldot Yisrael — focuses on the efforts of Americans in the period leading up to the modern State of Israel’s establishment. The films tell the stories of World War II veterans who fought in Israel’s 1948-49 War of Independence; volunteers who smuggled weapons, machine parts, and uniforms overseas; businessmen who raised funds to help bring Holocaust refugees to British Palestine; and doctors, nurses, journalists, students, and others who were eyewitnesses to Israel’s founding.

The Ruderman Family Foundation — which works to educate Israelis about the American Jewish community and its relationship with Israel — is releasing these films during the annual Jewish American Heritage Month in order to showcase a unique and little-known aspect of 20th century Jewish history that underscores the Jewish community’s role as an indispensable bridge between the U.S. and is greatest ally, Israel.

“The individual stories of these American Jews combine to make an unparalleled collective impact. The ‘Eyewitness 1948‘ films bring to life inspirational stories of solidarity, peoplehood, and shared destiny that deserve a broad audience in the American Jewish, Israeli, and other communities.”

“We want to convey the message that the State of Israel is a collective enterprise of Jews around the world,” said Eric Halivni, Director of Toldot Yisrael. “These short films will help educate Israelis about the unique contribution that American Jews made to Israel’s founding and give American Jews a sense of pride that this is their story, too.”

The films tell, among others, the stories of:

The Ruderman Family Foundation partnered with Toldot Yisrael to make these impressive and enlightening archival materials publicly accessible and user-friendly for the first time. For more information on the Eyewitness 1948 series, visit: https://israel.rudermanfoundation.org/he/eyewitness1948/

About the Ruderman Family Foundation

The Ruderman Family Foundation believes that inclusion and understanding of all people is essential to a fair and flourishing community.

Guided by its Jewish values, The Ruderman Family Foundation support effective programs, innovative partnerships and a dynamic approach to philanthropy in our core areas of interest: advocating for and advancing the inclusion of people with disabilities around the world; modeling the practice of strategic philanthropy worldwide; and fostering a more nuanced understanding of the American Jewish community among Israeli leaders and its public. The Foundation continuously works towards strengthening this relationship, including Knesset Missions in New York City, Boston and Washington D.C. to further educate Israeli politicians on American Jewry and a Ruderman-sponsored Master’s program at the University of Haifa on American Jewish Studies.

They call me "NewsHound IV," because I'm a clever Finnegan, sniffing out stories all over the Boulder area. I love Jewish holidays because the food is GREAT, especially the brisket. Well all the food. I was a rescue pup and glad to be on the scent!
Previous Noah Bodner Bar Mitzvah
Next Greater Denver Jewish Community Study Relaunching This Month 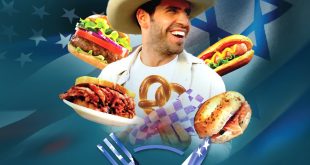 “Don’t Be Left Out!” This Thursday or Friday Evening