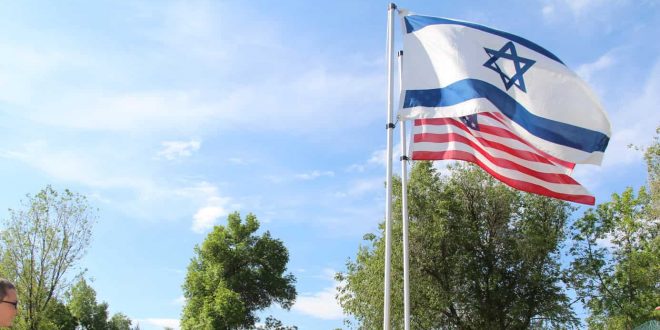 The vast majority of Israelis believe Israel is morally obligated to Diaspora Jews, but disagree about what that means in practice, according to a survey commissioned by the Ruderman Family Foundation ahead of the country’s upcoming elections. Additionally, when asked about the Western Wall crisis, the number of Israelis who viewed Israel’s government as responsible more than doubled those who said US Jewry was to blame.

The findings show a great consensus among Jewish Israelis, Left, Right and Center, with 95 percent of them agreeing Israel has a moral obligation to maintain its relationship with Diaspora communities in general, and specifically with the American Jewish community. However, only 57% of Israelis believe the relationship is currently in a good place.

When asked who was responsible for the crisis around the cancellation of the Kotel (Western Wall) compromise, 32% blamed the Israeli government, compared to 13% who held the American Jewish community at fault. An additional 21% said both sides shared the blame, and the responsibility.

“The relationship between Israel and the American Jewish community is a strategic one. The consensus on this topic bridges the political divide: 95 percent of the respondents, from all parties, view Israel’s relationship with the Jewish People as important. With elections around the corner, Israelis must demand politicians talk about this issue and commit to strengthening the relationship.”

Ruderman added, “Some 90% of Israelis understand the American Jewish community is a strategic asset for Israel in a multiple fields, from economy and security to moral values. I look forward to the day Israel’s public discourse reflects this understanding.”

The Ruderman Family Foundation commissioned the survey, and it was conducted by the Dialogue polling company. It also checked the attitude Israelis had towards actively supporting the relationship with American Jewry.  Asked whether the State of Israel should fund programs aimed at strengthening that relationship – such as Taglit-Birthright and MASA – 77% agreed. Interestingly, among voters of Meretz and United Torah Judaism (two parties on opposite political sides) a significantly lower approval rate of 46% and 47% was registered. Additionally, 52% of Israelis said it was important for them that their party hold the Diaspora portfolio in the next government, that number increases significantly among the supporters of Likud (61%), Labour (66%), and Kachol Lavan (62%).

The survey also showed differences in how Israelis value the American Jewish community. Nearly 35% of Israelis see it as an economic asset to Israel, while 21% think its greatest value is in the diplomatic field, and only 13% see it as being important for Israel’s security. Also, 20% of the respondents said US Jewry was a moral asset to Israel.

About the Ruderman Family Foundation

The Ruderman Family Foundation believes that inclusion and understanding of all people is essential to a fair and flourishing community.

Guided by our Jewish values, we support effective programs, innovative partnerships and a dynamic approach to philanthropy in our core areas of interest: advocating for and advancing the inclusion of people with disabilities around the world; modeling the practice of strategic philanthropy worldwide; and fostering a more nuanced understanding of the American Jewish community among Israeli leaders and its public. RFF continuously works towards strengthening this relationship, including Knesset Missions in New York City and Boston to further educate Israeli politicians on American Jewry and a Ruderman-sponsored Master’s program at the University of Haifa on American Jewish Studies.

The Foundation provides funding, leadership, expertise and insight in both the U.S. and Israel, with offices in both countries.

They call me "NewsHound IV," because I'm a clever Finnegan, sniffing out stories all over the Boulder area. I love Jewish holidays because the food is GREAT, especially the brisket. Well all the food. I was a rescue pup and glad to be on the scent!
Previous Weekly Edition: March 15th, 2019
Next Review: “Here I Seek You, A Collection of Poems for Shabbat, Holy Days, and Everydays”