The Boulder JCC tribute to Morah Yehudis Fishman will take place Tuesday, March 19th at 6:30 pm (postponed due to weather on the 13th) on stage at the Dairy Art Center’s Gordon Gamm Theater prior to the Boulder Jewish Film Festival screening of “93Queen.” Following the screening, there will be a kosher dessert reception featuring a kosher, vegan chocolate mousse bar, and a community concert arranged by Bryan Goldstein. 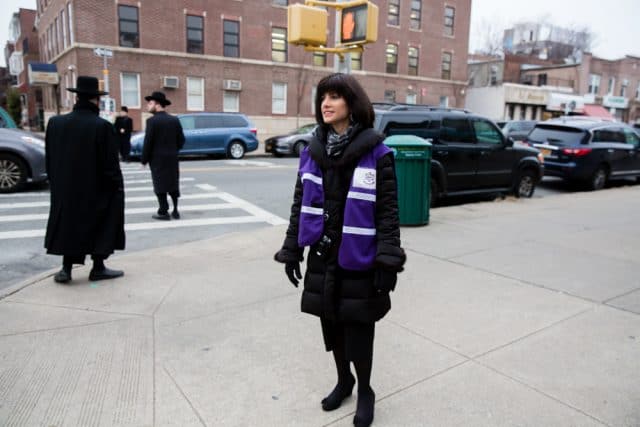 Kathryn has spent her professional life writing about, teaching, and presenting the arts. Founding Director of the Boulder Jewish Film Festival, Kathryn was Director of Menorah and ACE at the Boulder JCC from 2003 through August, 2019. The former film and theater critic for the Boulder Daily Camera, Kathryn is the author of "The Fifty Greatest Jewish Movies" and "The Fifty Funniest Films of All Time." kathryn.bernheimer@gmail.com
Previous Torah and Tea – Women’s Torah Study this Wednesday
Next This Month at the JCRC — February Actions at the Capitol and Beyond