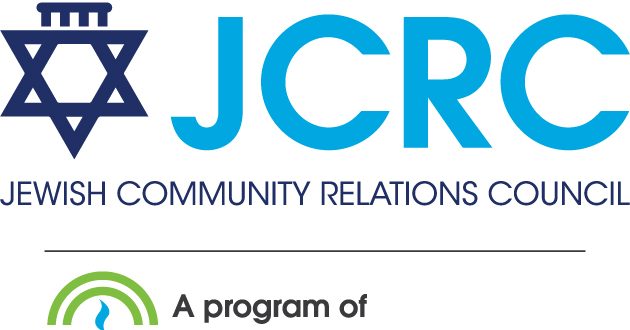 Joseph Dubroff March 3, 2019 News Comments Off on This Month at the JCRC — February Actions at the Capitol and Beyond

This Month at the JCRC — Actions at the Capitol and Beyond

During the month of February, the JCRC has joined coalitions in support of two state policies currently under consideration.

In addition to supporting legislation, the JCRC is serving as the go-to resource by taking additional action on issues of importance to the Jewish community, including:

Please join the JCRC at its annual JCRC Luncheon on Tuesday, March 12 to celebrate its work and help honor Noel Ginsburg with the 2019 JCRC Community Leadership Award. Mr. Ginsburg exemplifies the work of the JCRC, raising the profile of JCRC’s priority issues including education, workforce innovation and social welfare. He has given years of support to the Jewish community, including as past board chair of JEWISHcolorado. To register or for more information, visit jewishcolorado.org/jcrcluncheon.

The Jewish Community Relations Council (JCRC) is a coalition of 40 Jewish organizations and 15 at-large members who advocate for sound policy and community services on behalf of the Jewish community. The JCRC provides a voice for the Jewish community through its education, outreach and advocacy efforts regarding the Colorado policy agenda.

Joseph Dubroff is the Director for External Affairs for JEWISHcolorado. JEWISHcolorado provides a pathway for Coloradans to connect with their Jewish identity and values. We offer diverse, creative and inviting opportunities to embrace all Jews at every age and stage in life. Since 1946, JEWISHcolorado has offered programs and services to unite with the people of Israel and ensure a thriving and lasting Jewish community in Colorado. For more information, visit www.JEWISHcolorado.org.
Previous BJCC to Honor Yehudis Fishman at Upcoming BJFF Screening
Next Arvada Center and Chabad of NW Metro Denver present The Hasidic World of Art/Music