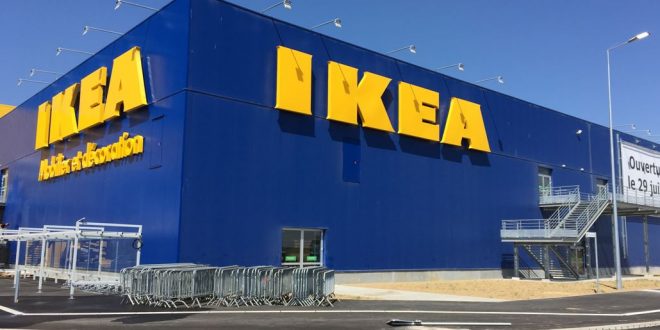 Ikea at Sinai – A Shavuot Teaching

Morah Yehudis Fishman May 17, 2018 Holidays, Shavuot Comments Off on Ikea at Sinai – A Shavuot Teaching

There is a story about a couple going to a hotel where they’re told: ‘You can have a room at half price if you make your own bed.’ Happy to be able to save a good amount of money, the couple accepted the deal. When they got to their room, they noticed a giant box in front of the door, with a sign on the box: ‘MAKE YOUR OWN BED-COMPLIMENTS OF IKEA.’ They must have spent a big chunk of their vacation ‘making their own bed.’ Hopefully they could decipher the diagrams.

On the last day of Passover I celebrated the Hassidic custom of ‘Seudat Mashiach’- the meal which anticipates the coming of the Messiah. I didn’t have a chance to review the details and origins this year, but as in many past years, I knew the main thing was to drink four cups of wine, and eat some matzah. The hosting rabbi brought out some big goblets for everyone. In a rather expansive mood, I reminded everyone that if they didn’t have the right count in mind, they would have to start all over again. I then proceeded to fill my goblet to the top- maybe, I confess with a touch of ego, since I was supposed to know more about the practice than anyone else there.

After the fourth cup, during the Birkat Hamazon, the grace after meals, I started to feel very nauseous and began to vomit profusely. I don’t recall much after that. The next day, I belatedly searched the web for information about this meal. I didn’t discover much that was new to me, but in the last sentence from the last article I read, there was a ‘by the way’ comment stating that, unlike the Seder nights, for this ‘last supper’, a small sip was sufficient. If only I had read that beforehand! As someone pointed out to me, the lesson is captured in an abbreviation: RTFM…Read The F….. Manual.

As we enter the week before Shavuot, the holiday celebrating the Revelation at Sinai, I would revise the above not very PC acronym to: RTIM…Read The INSTRUCTION Manual we call Torah. Many Jewish sages raise the question: ‘Would G-d place us in such a complicated world, without giving us guidance as to how to live in the world and best utilize its resources, both for our highest purpose and to partner with the Divine in ‘Tikun Olam?’ Usually this phrase is translated as ‘repairing the world,’ but G-d had something even higher in mind. Tikun does not just mean repair, it means improve. In other words, even if there hadn’t been a ‘fall from Eden,’ the creation of a material world with human inhabitants implies that we are here not just to guard what’s already created, but to ‘work’ it in such a way that we improve it and bring life to an even higher degree of perfection than already existed.

Here’s an example from Midrash Tanchuma: Once the wicked Roman general Turnus Rufus, asked Rabbi Akiva, ‘Whose deeds are more beautiful, G-d’s or man’s? If humans, G-d’s most complex creation are so praiseworthy, why is there a commandment of circumcision? Isn’t that disrespectful to a being created in the divine image? Rabbi Akiva brought in a tray of wheat stalks on one side and a fresh rolls on the other. He asked the general, ‘What would you prefer to eat?’ Of course we know his reply. The Roman persisted, ‘If so, why isn’t the baby born circumcised?’ Then Rabbi Akiva explained that the baby is like the wheat stalk; wheat is obviously G-d’s creation, but bread represents human contribution.  We are in heavenly ‘Partnership’ to create a world where, despite divine perfection, we have ‘room for improvement.’

Thus, though we are, like Ikea, provided with the raw materials, we are expected, directed, and encouraged to ‘make our own distinctive bed.’ That is, to fashion our lives according to the Torah’s directives. Though in many areas, it seems like the transmitted directions are somewhat unclear and under dispute, these are usually the fuzziest edges. For example, the four species taken on Sukkot, are generally the same species all around the world, and going back to biblical times. Still there are some details differentiated by custom, like ideal shapes, where the species come from, or what invalidates them for use. This too allows for continual human input and variety.

We live in a messy and fragmented world which by definition the sages call our ‘Egypt.’ Merely by dint of the fact that we are both physical and spiritual beings, our lives are rarely ‘glatt’=smooth. But that is both our challenge and our grandeur. If as individuals we can create harmony between our souls and bodies, then the world will follow suit. We are taught that even souls who have resided in the highest levels of spiritual Gan Eden, Paradise, for centuries, are still longing for the promised time of Techiyat Ha’meitim, the revival of the dead, in the Messianic era. Why? Because it is only the unique combination of a particular heavenly soul uniting with a particular earthly body that can actualize the highest potential of creation.

Hence the reason for the custom to stay up the night of Shavuot studying Torah. During the first experience of Sinai, the Israelites thought that they could get closest to G-d by sleeping. In that disembodied state, when the soul is somewhat separated from its earthly vessel, they assumed that was their highest accomplishment. Of course, they hadn’t been given the Torah, the instructional manual, yet. So, G-d was patient with them the next morning. He even prevented mosquitoes from waking them! As the sages put it, the sleep of Atzeret, another name for Shavuot, was very sweet. However, there was enough of a drum roll of thunder and lightning to arouse them to prepare for the revelation and the hearing of the Ten Commandments and still remain in their physical forms.

And what is the gist of this divine message? Not how to get so enlightened and spiritually intoxicated that you are able to escape and detach from the earthly, but just the opposite- how to become a sacred mentch. As the Kotzker rebbe explains a verse in the Torah, ‘Anshei Kodesh ti’heyu li, ‘People of holiness you will be to Me,’ meaning your holiness is based on your life as a soul in a body.

I have a friend who did try to put an Ikea set together without first bothering to read the accompanying pamphlet. It took her what seemed forever and even then it didn’t really come out right. The Torah is a divine guidance system to show us the best way to get from where we are to where we should or could be if we actualized our potential. Sure it’s sometimes fun to try to figure out life on your own, and you may even reach some valuable conclusions, but by the time you get there you may have either made some irreparable mistakes on the way, or are too old to carry out your insights. So first, as did the Israelites did, accept the gift even before it’s unwrapped.  Then please study as much as you can before you assemble the parts of your life into a structure that you can paint with your individual colors- a ‘selfie’ that will light up the world and last for all eternity.

Please join us in an all-night community gathering of a ‘Tikkun’! Leil Shavuot, this year focusing on the theme of feminine Torah at Har Hashem on May 19th, from 7:30 till throughout the night. May we all, in the words of a Hassidic blessing, receive the Torah of 5778 with joy and with inwardness.

I have been teaching Torah and Chassidic writings for over forty years to students of all ages and backgrounds, both on the East Coast and the Midwest. I have been a director of several Jewish organizations in Santa Fe and Colorado. My articles and poetry on a wide variety of Jewish topics have been printed in many publications, and also are available online.
Previous Baruch Dayan Ha’emet: Irene Rosenschein, z”l
Next Rabbi Marc’s A Dash of Drash – Downloading Torah from Jerusalem – Shavuot Special Episode 67 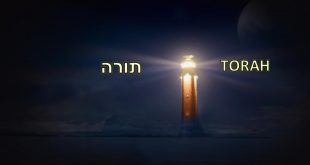 Innovation as Silver Lining During Covid-19: Shavuot from Haver 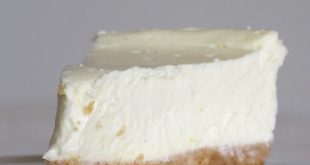 Celebrate Shavuot and hear the Ten COMMANDMENTS just like we did at Mount Sinai!