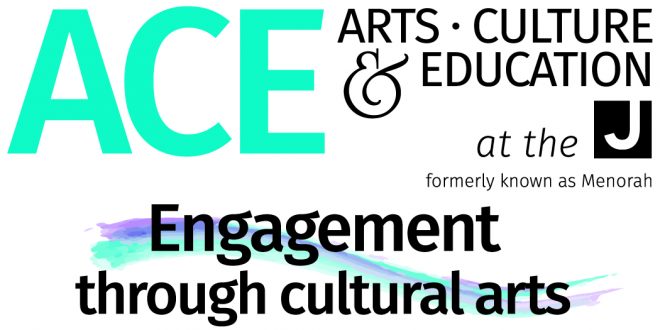 Don Koplen is among the speakers at Local Authors/Local Stories, on Sunday, June 10, noon-4 pm at the Boulder JCC. For details about the event, click here. The idea for “Jewboy of the South” began to percolate when people would tell Don Koplen that he should write about the interesting life he’s led. He hitchhiked across the US many times, managed a confederate cemetery, rode a motorcycle across Europe, started Time Out Baths in ‘70s Boulder, has been a chiropractor and a carpenter and a massage therapist and a mystic therapist, was seriously into psycho drama, and published three magazines. Surely there was a story in there somewhere.

The novel started as an autobiography 12 years ago, with breaks along the way, until Don realized “this wasn’t the story I wanted to tell.”

Instead, Don decided to set his story in the town where he grew up, Danville, Virginia, and created a character based on his teenage self, named Donny, who plays the sax, as Don does.

From there, real facts and fantasy become entwined. The result is a wild ride through the racially charged South of the 60s, featuring as its young hero a youthful Jewish idealist representing the change that was coming. “I really did grow up in that South, in a small insular Jewish community. There were 100 Jewish families among 50,000 Baptists. There were still a lot of post-Civil War attitudes in place.

“And there really was a schism in the Jewish community (between Reform and Conservative),” he explains. “My family really did come in the 1880s, and my great grandfather saw forests from the window of the train, and timbered what is now Danville’s City Park.”

In this thriving mill and tobacco town, Max Koplen built housing and opened a store. His two sons ended up owning competing stores in a longstanding family feud. These stores were on the front lines of integration, cultivating a black clientele without alienating the white – and largely anti-Semitic – customers.

In a way, Koplen says he created the story as a fantasy of his life growing up, of evoking a youth he describes as “terribly rich.”

There is also embellishment, he admits. May is a character based on the family’s black maid, who Don fantasized over in real life, but who Donny beds in the book.

Sex takes a close second to race relations in the complicated plot of an innocent black handyman certain to be sentenced by a racist system for a crime he did not commit. Donny has an active libido and an eager girlfriend, and writer Don relishes in the details of his alter ego’s sexual exploits. He is shocked to discover a homosexual affair, as well as the expected sexual hypocrisy of the local bigots. Even the angelic black minister is allowed his weakness for May.

“I feel all these people are real,” Koplen cautions. “I have a long history with black ministers and black churches. My family was trusted by black and white,” adding that his grandfather was often given valuables to “hold” by black customers who trusted the Jewish merchant.

In the book, Don apprentices with the accused Mr. E, and learns the zen and the art of carpentry as a teen. Don actually discovered the joy of wood working at the age of 48 in Boulder. “I didn’t hammer a nail until Habitat for Humanity,” he says. And the very unorthodox Hassidic rabbi was modeled on a Boulder rabbi who rode a Harley into Boulder in 2000.

Despite these literary licenses, Koplen was trying to communicate something truthful about being a Jewish teen in a racist South in the 60s. Racism continues to concern the writer, and he hopes the book helps put recent history in perspective.

Is it exaggerated? He’s been asked that a lot. Of course, the action-packed plot is deliberately dramatic, full of twists and turns, suspense and surprise.

“This was traumatic history. These things happened all the time. It’s a novel, but it’s all based on real people I knew. The hero to me is the black, female, church-going prostitute, and I wanted to show the joy in the welcoming black church.”

Today, Danville has changed a lot. Don’s uncle Barry sold the family store to his long-time black manager. And Donny, who stays in Danville in the novel, grows into a role model of decency and continuity. Destiny and the lure of adventure led Don, however, to Boulder and a late stab at novel writing. Don thrives on change. He’s relishing the joys of being a new writer, and thinking about his next book.

Kathryn has spent her professional life writing about, teaching, and presenting the arts. Founding Director of the Boulder Jewish Film Festival, Kathryn was Director of Menorah and ACE at the Boulder JCC from 2003 through August, 2019. The former film and theater critic for the Boulder Daily Camera, Kathryn is the author of "The Fifty Greatest Jewish Movies" and "The Fifty Funniest Films of All Time." kathryn.bernheimer@gmail.com
Previous Dead Sea Scrolls Leader to Speak in Denver
Next Adin King Bar Mitzvah