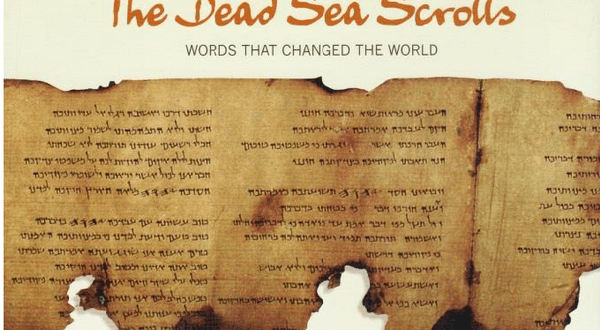 Staff May 28, 2018 Arts & Culture Comments Off on Dead Sea Scrolls Leader to Speak in Denver

This year, celebration of Shavuot and the Giving of the Torah on Mt. Sinai coincides with the 70th anniversary of a second giving of the Torah – the Dead Sea Scrolls. The discovery of the scrolls was officially announced in April of 1948, just one month before Israel declared its independence as a state. Widely considered the archaeological find of the 20th century, the Dead Sea Scrolls represent tens of thousands of parchment and papyrus fragments written 2000 years ago belonging to approximately 1000 different manuscripts including the oldest known manuscripts of the five books of the Torah. As caretakers of the Dead Sea Scrolls, Israel Antiquities Authority (IAA) researchers use the most advanced and innovative technologies available to image the entire collection of about 930 manuscripts, comprising thousands of Dead Sea Scrolls fragments, in high-resolution and multiple spectra. The identification of new letters and words provides new data for the study of the scrolls. Learn about the Dead Sea Scrolls 70 years after their discovery. Since its inception in 2010, Pnina Shor has been the head of the Dead Sea Scrolls unit of the Israel Antiquities Authority (IAA). In this role, she oversees the curatorship, conservation and preservation, exhibition and digitization of the IAA’s more than 20,000 scrolls. Prior to this, Pnina was head of the IAA’s Department for the Treatment and Conservation of Artifacts which included oversight of the conservation laboratories of pottery, glass, stone, organic materials and metal artifacts, as well as the conservation, preservation and exhibition of the Dead Sea Scrolls. Pnina began her career at the IAA as a field archaeologist, later becoming involved with material processing and the publication and curation of the artifacts.

This event is made possible by the following organizations: Friends of The Israel Antiquities Authority, BMH-BJ Congregation, East Denver Orthodox Synagogue, JEWISHcolorado, The DAT Minyan, and Denver Academy of Torah.

They call me "NewsHound IV," because I'm a clever Finnegan, sniffing out stories all over the Boulder area. I love Jewish holidays because the food is GREAT, especially the brisket. Well all the food. I was a rescue pup and glad to be on the scent!
Previous UN’s Development Goals Are A Roadmap For Powerful Donor Impact
Next Colorful Life Leads to Wild Novel for First-Time Boulder Author Don Koplen