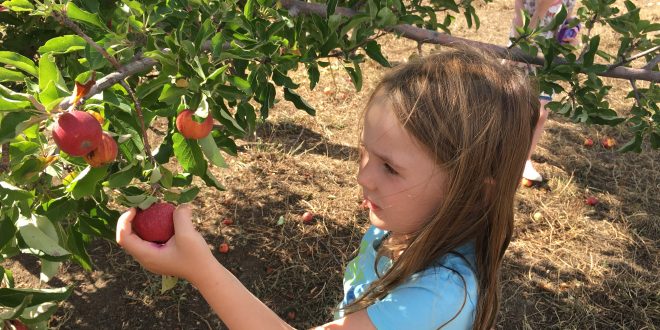 Denver, CO – PJ Library, powered by JEWISHcolorado, is pleased to announce that the Boulder Jewish Community Center’s Milk and Honey Farm has been awarded a PJ Library Spark Grant from the Harold Grinspoon Foundation.  Starting this spring, this prestigious grant will allow the Farm to offer families with young children programs such as Farmside Shabbats, Baby Goat Shavuot and Jewish yoga.

Milk and Honey Farm is one of only three farms across North America awarded this first-ever grant to build new collaborations between PJ Library and the field of Jewish farming. A key goal is to engage families who are not regularly participating in Jewish or PJ Library programming. PJ Library is pairing this initiative with a new series of books tailored around outdoor environmental education.

JEWISHcolorado’s PJ Library program is thrilled that a Colorado Jewish farm was one of those selected for this pilot.

“Our PJ Library program sees endless potential in bringing the Milk and Honey farm to the community to educate, explore and share the richness of farming. Farming is a tangible way to live the Jewish value of being Guardians of the Earth,” said Susan Chayet, PJ Library Professional with JEWISHcolorado. “Young, old, any level of ability – farming gives everyone a path toward Jewish and environmental engagement. What better place than Boulder to bring outdoor education to the community.”

To kick off their new farm programs, Milk and Honey Farm plans to be at local farmer’s markets later this spring with Jewish farm activities for kids and branded Shabbat recipe cards highlighting local food.

Jewish holiday celebrations for families will also be held at the farm, with PJ Library books playing a central role. Stories that reflect shared values of Caring for the Environment, Kindness to Animals, Feeding the Hungry, and Gratitude will be highlighted during story time. JEWISHcolorado helped Milk and Honey Farm create a book stand in their barn loft, which currently houses PJ Library books and will soon add these new farm-themed books to its catalogue. The barn loft library is accessible to all children spending time on the farm, from Boulder JCC Early Childhood Center students to B’nai Mitzvah-aged students participating in community service projects to families participating in Shabbat and yoga programs. “With the grant from PJ Library, Milk and Honey Farm at the Boulder JCC will be able to reach new families and expand our meaningful Jewish programming for families with young children. We are so excited to be able to offer Shabbat programming on Friday and Saturday mornings this summer on the farm, next to the goats. The farm is such an ideal location for kids to be engaged, parents to connect, and values to be experienced,” said Becca Gan Levy, Boulder JCC Farm and Sustainability Director.

About Milk and Honey Farm

Milk and Honey Farm at the Boulder Jewish Community Center is a Jewish community educational farm that brings Jewish values and traditions to life alongside present-day values of environmental sustainability and local food. The Boulder JCC opened doors at its new site in June 2016 with limited Farm programming that first summer. The farm continued to build out over the off-season of 2016-2017 and now includes a barn with goats and chickens, a greenhouse, a small fruit orchard, a ¼ acre Tzedakah Garden (where over 1,600 pounds of produce was donated in the 2017 growing season to food insecure populations of Boulder County), and an educational garden. Our Sukkot celebration in 2017 also served as a Grand Opening Celebration for the farm. The Milk and Honey Farm has found that when people learn about the Farm they are drawn very quickly to its creative Jewish programming.

JEWISHcolorado, founded in 1946 and formerly known as Allied Jewish Federation of Colorado, is the umbrella community organization focused on building and sustaining Jewish life in Colorado, Israel and around the world. Its mission is to secure, steward, and share philanthropic and human resources in support of vibrant Jewish life as well as to mobilize the community in times of need. JEWISHcolorado is a member of the Jewish Federations of North America, which is among the top ten charities on the continent. JEWISHcolorado raises and distributes funds in support of a wide variety of programs and partner organizations both locally and globally. In 2016, JEWISHcolorado’s total financial resource development was $22.4 million. Its Endowment and Planned Giving arm houses more than $62 million in long-term assets for individuals, agencies and synagogues in the community. For more information, visit www.JEWISHcolorado.org.

Joseph Dubroff is the Director for External Affairs for JEWISHcolorado. JEWISHcolorado provides a pathway for Coloradans to connect with their Jewish identity and values. We offer diverse, creative and inviting opportunities to embrace all Jews at every age and stage in life. Since 1946, JEWISHcolorado has offered programs and services to unite with the people of Israel and ensure a thriving and lasting Jewish community in Colorado. For more information, visit www.JEWISHcolorado.org.
Previous Baruch Dayan Ha’emet: Beverly Goodman, z”l
Next Beyond Borders: Environmental Cooperation in Israel and Palestine