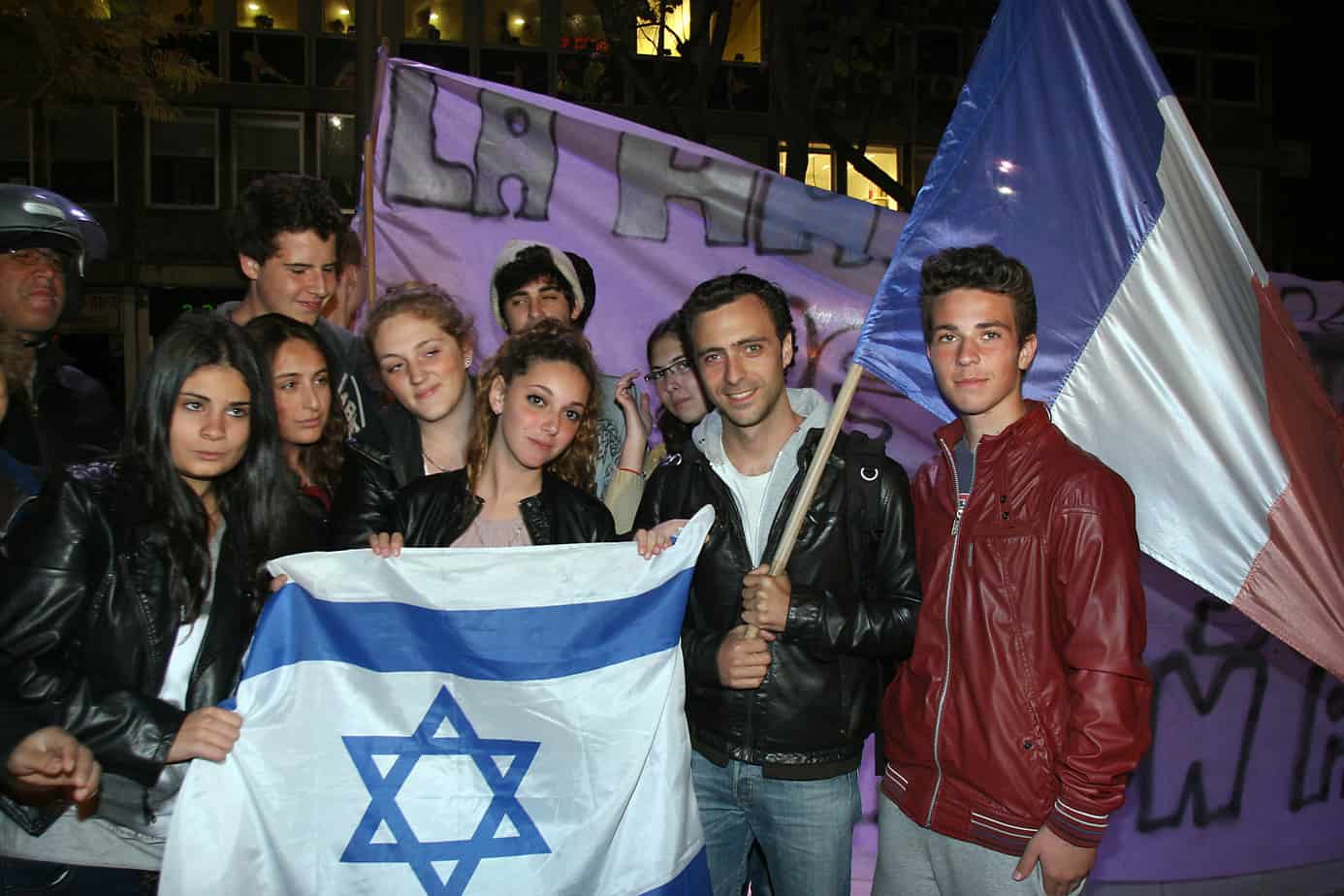 I traveled to Paris for two weeks in January to visit my mother, whose health has been fragile. Because I’d lived there for many years, I was anxious to see how the murder of 16 people by Islamic extremists just before my visit might have changed the city. The terrorists had struck twice, killing 12 people at the office of Charlie Hebdo, a satirical magazine, and four more at HyperCasher, a Kosher supermarket.  In a city where I have deep cultural roots, I was enraged to see that anti-Semitism had increased, that freedom of speech and the fundamental values of the Republic were under attack, and that my Jewish brothers and sisters were living with a level of danger and a menacing mindset not seen in France and Europe since the Second World War.

Vincennes is a suburb where many members of my family live, and HyperCasher is a store where they shop regularly. I shop there myself whenever I am visiting. I moved to Paris in 1967 at the age of 16, having been born and raised in Tunisia.  Life was difficult for Jews in Tunisia at the time, just as it is becoming more so for Jews living in France today. Even so, we must ask ourselves:  Should we flee France, or stay and fight back?  If we choose the former, where should we go?  And if we stay because we deeply cherish the culture and values of France, will our children have a future there? An affirmative answer only raises more questions:  Can street violence be suppressed, or will the trend worsen?

Can we handle the economic implications of a transplant?  Should we stay, knowing that for safety’s sake we’ll have to hide the visual signs of our identity, such as kipahs, mezuzahs and Mogen Davids? Do we risk shopping at kosher markets, sending our kids to Jewish schools or going to Jewish events? What about diluting our faith by becoming more assimilated – a question that Jews have faced throughout history.

Even though I was getting an overdose of information about January’s horrific events from the news media and the Internet, I wanted to form an opinion that was based solely on conversations with family members, friends and others with whom I came in contact at random. Among the latter were ambulance drivers, shop owners and waiters – people of all religions.  My conclusions are not reassuring for Jews living in Europe. I include the entire region because most European countries have anti-Semitism problems of one sort or another. They are most acutely felt in France, however, because the country has the largest Jewish community in Europe – more than half a million people.

In my many conversations, I asked about the plight of Jews in France, and about what the next five years might bring for Jewish parents and their children. About two-thirds of the Jewish respondents see such grim times ahead that they are either planning to move or considering it. But there appears to be little urgency about this, since the French government under President Hollande and Prime Minister Valls has been particularly strident in denouncing the anti-Semitic character of HyperCasher-type events. They have also stepped up protective and preventive measures, deployed more intelligence operatives in the field and clamped down on hate speech. But what needs to change is the general mindset, with Zero tolerance for those who speak hatefully of Jews in France, and for them to be regarded in the same way as U.S. bigots who use the N-word.

Of those who are thinking about leaving France, roughly 60% named Israel as their destination for Aliyah. The rest say Canada, which has a large Sephardic community, especially from Morocco, and America. However, in many cases the desire to emigrate is just wishful thinking, since immigration laws are very strict. (There’s a rumor that Netanyahu’s administration is putting pressure on the U.S. to make it difficult for French Jews to move to America.) The other destination often mentioned is the United Kingdom, where exceptional business opportunities have drawn many highly skilled professionals during the last decade.  The remaining third of the Jews I spoke with, believing that the very values of the French Republic are in danger of perishing, are planning to stay and fight. This group includes secular Jews, the intelligentsia in disproportionate numbers, and citizens with a deep patriotic allegiance to France.

Almost all of the Jews I spoke with believe that the current government has taken the strongest stance against anti-Semitism that France has witnessed in decades.  Prime Minister Valls has come to personify the change with strident warnings about the threat posed by Islamo-fascists, jihadists and Muslim extremists, and for such memorable phrases as this: “France without Jews will not be France.” Even so, all seem to recognize that putting an end to public excesses of anti-Semitism in France poses a monumental challenge.

Three distinct strains of anti-Semitism in Europe have developed over the last several decades. Many Arab Muslims in France, coming mostly from North Africa, have deepened their religious observance. The Muslim women wear veils, nijab or burkas to distinguish themselves from the native French and to assert their specific, unique culture. Demonstrations and protests in defense of the Palestinian people are common and often carry a disturbing aura of anti-Semitism and anti-Israel sentiment. The demonstrators, as well as other radicals and jihadis, cite passages from the Qur’an and the Hadiths that call for the annihilation of the Jews as a tenet of Islam.

In the last 15 years, the left and extreme left sectors of French politicians have fueled the anti-Semitic climate under the cloak of anti-Zionism. Since these politicians are aided and supported by the dominant French media, they have been very successful in spreading their message of hatred and intolerance. The main source of information in France is AFP, (Agence France Press), which allegedly is financed by the Qatari government. Today in France, anti-Zionism and anti-Semitism are one and the same.

The third axis of France’s burgeoning anti-Semitism comes from the extreme right, represented my Marine Le Pen, the daughter of Jean-Marie Le Pen, the leader of the extreme right for several decades who referred to the Holocaust as a “detail of history” and who was known to make other jokes when discussing the Holocaust. This anti-Semitism comes from a deeply-rooted hatred of Jews by Catholics for their role in the crucifixion of Jesus, and from the innate tendency of the French to be somewhat xenophobic by nature. Despite being more subtle than her father, Marine Le Pen remains a threat as the right-wing party has had a series of victories in local, national and European elections. Lastly, as has been the case for years, a powerful element of rising anti-Semitism in France has been the volatile state of the economy. The high unemployment has been and continues to be blamed on the Jews.

In the sixteen years since I left France anti-Semitism has been rising steadily. With the increased tensions throughout Europe and the Middle East, it is difficult to feel any sense of optimism about the fate of French Jews or what the future holds for those Jews who decide to remain in France, or any other European nation.

If and when the French come to their senses, they will realize that their unbalanced policy in the Middle East is destabilizing France itself. A solution would begin with the implementation of zero tolerance policies for heinous messages in social media and the public arena, stricter and stronger justice for the recalcitrant, and more decisive legal actions against radical Muslim messages and propaganda. In the meantime, all possible support for moderate Muslims should be encouraged and promoted.

France has a long history of tolerance for political satire, probably exceeding what is seen regularly in American media. However, the Muslims in France have no tolerance for such satirical messaging when the subject is their prophet, Mohammed. Even Muslims claiming to be “moderate” and uninterested in waging jihad against their non-Muslim countrymen will condemn writings and imagery that disparages him. It is almost as if they do in fact “blame the victims” of the Charlie-Hebdo attack for provoking rage in the less moderate members of their culture. It was disturbing and revealing to listen to and read media accounts of Arabs, in interviews following the HyperCasher market attack, rejoicing and lifting hands in V-for-Victory gestures in the background of on-site reporting videos.

As was feared, there have been cases of Islamophobic backlash. While I condemn this in the strongest way, I cannot help but believe that those who do indeed claim to be “moderate” Muslims must speak up and demonstrate to France, Europe and the world that they do NOT condone the actions of these radicals. Sadly, even those who do adhere to “French” values and mores are too timid to do so. They are intimidated and threatened. While there may be strength of conviction, the price of speaking up is simply too great, even in the face of laudable efforts by the government to arrest the violence. The whole world is aware of the two major incidents that received wide reportage. However, in my discussions with family and friends I learned that scores of smaller, less “news worthy” incidents are happening on an almost daily basis. Single stabbings, bomb threats and assaults on the streets rarely make the news.

While Fox News exaggerated the scope of “No Go Zones” throughout France (and other European cities), there is no question that such neighborhoods do indeed exist. In the trendy lexicon of multiculturalism words like “apartheid” (describing the segregated North African neighborhoods with high unemployment), and “amalgam”, (blaming ALL Muslims for the actions of the radicals), are used to color the reporting about what goes on in these primarily-Muslim sections of the country. It is true that police, fire and medical personnel will not respond to calls in some areas, especially at night, or will only enter in large groups, as they are pelted with rocks and threatened by residents. The lack of proper police patrolling in these areas does leave a fertile breeding ground for delinquency, crime and a general lack of safety for those perceived as encroachers.

Again, it is difficult to conjure a feeling of optimism for Jews in France or in any other European country. The increase in the number of radical Islamic cells, smoldering antipathy toward Israel, lack of effective governmental oversight and even a veiled political antipathy toward the plight of Jews does not leave room for anything resembling optimism. While I consider myself incorrigibly optimistic by nature, I struggle to see the task as anything but Titanic, and I fear the long-term outlook for Jews in France, and in Europe as a whole, is dim.

Previous Author of Hank Greenberg Biography to Speak in Denver
Next Why Is This Festival Different From All Other Festivals? 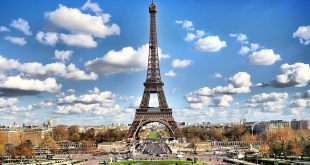