Why Is This Festival Different From All Other Festivals?

Kathryn Bernheimer February 12, 2015 Arts & Culture Comments Off on Why Is This Festival Different From All Other Festivals?

A few days ago I published an article on these pages highlighting the Denver Jewish Film Festival, currently underway, and pointing out the five titles we share. I also noted a difference between the festivals. Denver, like most Jewish film festivals, uses a selection committee to choose its films. Boulder’s festival operates more like festivals from Tribeca to Telluride, where programmers select the films. I did not intend this to sound boastful. But I am proud of our little festival and the films we show.

Since then, I have been asked why I, as founding director, serve as the festival’s curator. Fair question.

For those who don’t know me, allow me to introduce myself. My interest in film began in college during the golden age of the art cinema scene – Fellini, Bergman, Godard, Antonioni. Although I double majored in theater and English literature as an undergrad, I also studied film. I arrived in Boulder in 1976 with an MA in theater from Tufts. As a teaching assistant and Ph.D. candidate in theater, my interest in the twin discipline of cinema started to eclipse my passion for theater. In 1980, instead of finishing my dissertation on Brecht, I began writing for the Boulder Daily Camera, where I spent the next 16 years as the film critic and features writer.

Somewhere along the way, I made the discovery that as much as I loved watching movies and writing about them, I enjoyed selecting, presenting and discussing films with an audience even more.

I presented Jewish films that were not available on video (remember VHS?) at the Boulder Public Library, unknown gems such as “The Angel Levine” with Zero Mostel and the original “Jacob the Liar,” which was remade in English starring Robin Williams of blessed memory.

Little did I know I was carving a niche for myself as an authority on Jewish film. For my aol address, I chose cinemaven – moviemaven was already taken. 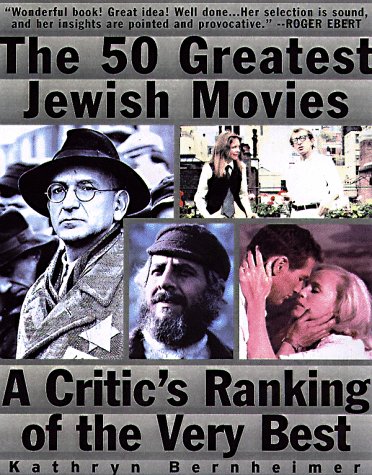 About 25 years ago, I received an invitation from Har HaShem’s Sisterhood to present a talk about Jewish movies. In preparation, I compiled a list of recommended movies with Jewish subjects, working mostly from memory in those pre-Google days. The next day, I received a phone call inquiring about the list. Several requests for the coveted list followed, which made me start thinking about writing a book about the best Jewish movies. Several years later I published “The Fifty Greatest Jewish Movies,” followed by “The Fifty Funniest Films of All Time.” 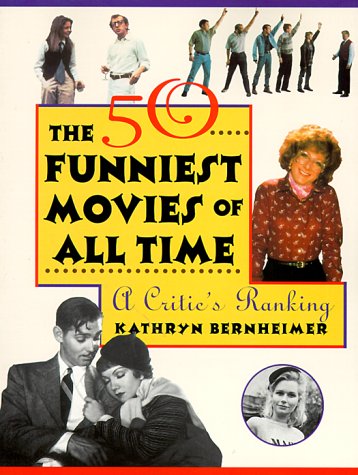 Along the way, I partnered with Bonai Shalom on a film series that packed the sanctuary. I taught a class at Har HaShem. I was invited to introduce films by the Denver International Film Festival. Even those who know me well may not know that I actually worked for the Denver Jewish Film Festival for several years, writing their program and introducing and discussing each film. Back then, MAAC director Joanne Kauvar programmed the festival with Ron Henderson, director of the Denver International Film Festival. When they disagreed about the inclusion of a film, I served as tie-breaker. And as the Boulder correspondent for the Intermountain Jewish News for five years, I was able to write about films and interview filmmakers on occasion.

When I was offered the job as the cultural arts director of the Boulder JCC and director of Menorah in 2004, I leapt at the opportunity, in large part because of the opportunity to show films. When Jonathan Lev was hired as the Boulder JCC’s executive director, he asked why, with my background and passion, I had not yet created a film festival. I told him there were only three problems: location, location, location.

All that changed when the Boe opened its doors four years ago. I quickly established a relationship with Glenn Webb, their wonderful program director, and the equally shrewd Stephanie Rudy, who is on the program committee. It was a perfect match. I had already established a solid following for film and a reputation as a movie maven. The Boe was a wonderful new venue. I had an audience and they had a cinema. Done and done.

Here we are three years later. The festival was a success in its first year, due to the generosity of our sponsors and the loyalty of an audience that supported our vision. The hard work of Menorah’s board and program team, and the support of the Boulder JCC, has also been crucial.

One unique aspect of that vision was my commitment to following each film with an in-depth discussion, sometimes facilitated by a guest speaker or filmmaker. This means we need to allow more time between screenings, but I believe it is key to building appreciation for film and fostering social connections.

The other aspect that distinguishes BJFF from many, but not all, festivals, is that in addition to our ten days of 18 Boulder premieres, we show films during the year. Often, we tie films to holidays, such as our recent sold-out Martin Luther King Day screening of “Joachim Prinz: I Shall Not Be Silent.” When Joan Rivers died, we showed “A Piece of Work.” We have twice showed films on Veterans Day. In the fall, we showed a Sukkot film. This spring, we have films set for Yom Hatzmaut and Yom Hazikaron.

We collaborate like crazy, and we look for ways to screen films in new contexts. Because we live by the motto, “When the tide comes in, all boats rise,” we love the Denver Jewish Festival and the Denver International Film Festival. We are especially thrilled by the success of the Boulder International Film Festival. In fact, our sponsorship of BIFF eats up a huge part of our marketing budget.

With the Boe a resounding success, the audience for high-quality cinema is growing. I have the luxury of presenting challenging films and dark subjects alongside highly entertaining celebrations of Jewish life.

Kathryn has spent her professional life writing about, teaching, and presenting the arts. Founding Director of the Boulder Jewish Film Festival, Kathryn was Director of Menorah and ACE at the Boulder JCC from 2003 through August, 2019. The former film and theater critic for the Boulder Daily Camera, Kathryn is the author of "The Fifty Greatest Jewish Movies" and "The Fifty Funniest Films of All Time." kathryn.bernheimer@gmail.com
Previous Is Paris — And Europe — Burning?
Next Week in Review: February 13th, 2015