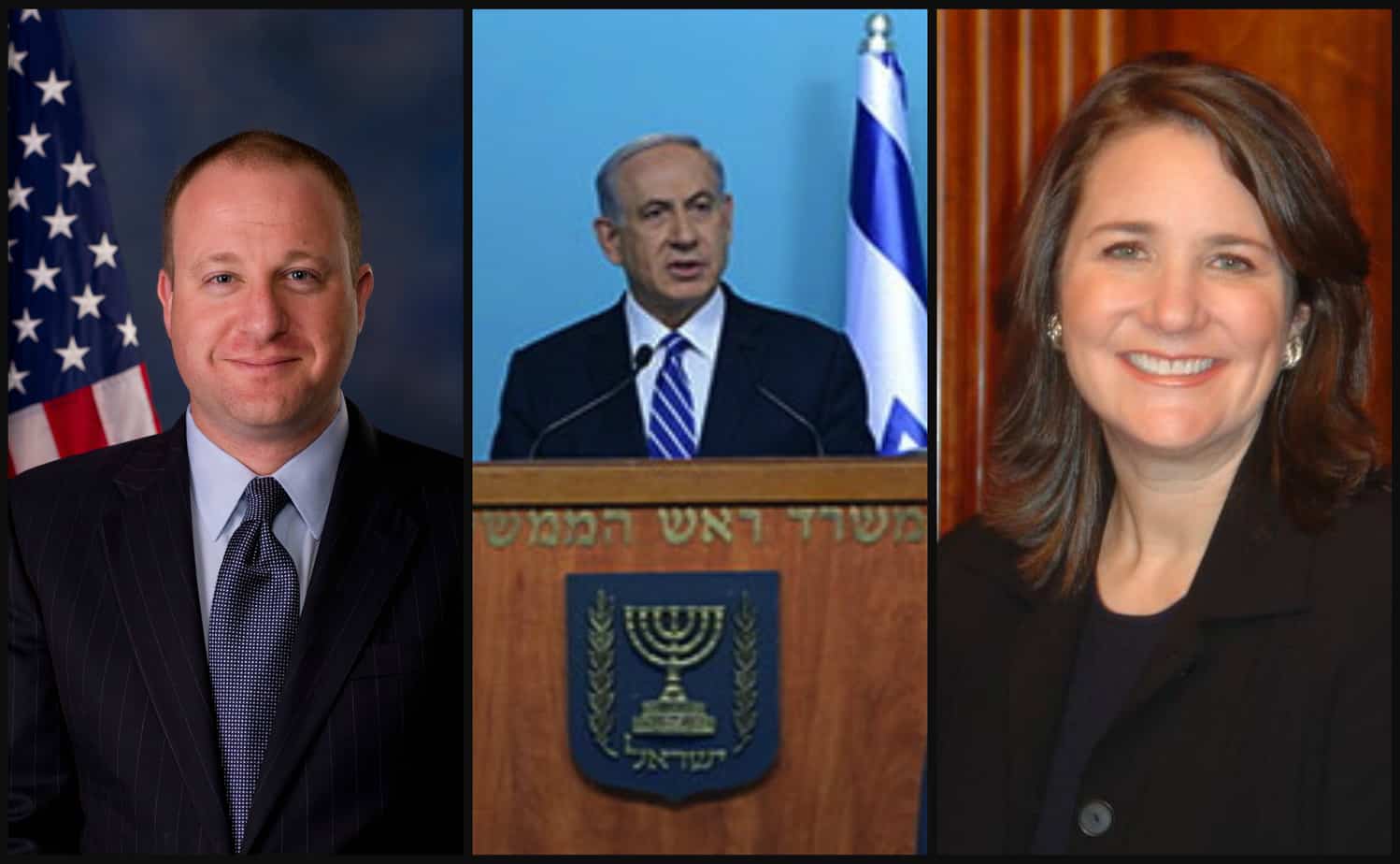 But 1st District Congresswoman Diana DeGette will snub Mr. Netanyahu, and the 7th District’s Ed Perlmutter says he is still making up his mind.

Radio Chavura contacted each of Colorado’s national Congressional representatives and is reporting exclusively that Congresswoman DeGette is the only one of the nine elected officials who has said she will definitively not attend Prime Minister Netanyahu’s speech.

Congresswoman DeGette’s veiled excuse for avoiding Prime Minister Netanyahu when he addresses a joint session of the U.S. Congress on March 3rd is so flimsy as to be fully transparent.

Her decision is pure, grotesquely partisan politics and a slap in the face to the thousands of pro-Israel constituents – both Jewish and non-Jewish alike – who have helped elect Congresswoman DeGette to office nine consecutive times.

A large percentage of greater-Denver’s pro-Israel voters live in Congresswoman DeGette’s 1st Congressional District. DeGette, a Democrat, has held the seat since 1997, when she succeeded Patricia Schroeder.

DeGette is a Congresswoman of national stature, serving as a chief deputy whip and as a member of the Committee on Energy and Commerce, and the Subcommittee on Oversight and Investigations.

Her actions – and in this instance, blatant inaction – reflect not only on her home district, but also on Congress as a whole.

While Prime Minister Netanyahu’s remarks next month before Congress will be the most important in Israel’s 66-year history, Congresswoman DeGette will be a very visible no show.

From the start, Prime Minister Netanyahu’s decision to accept an invitation from House Speaker John Boehner, R-Ohio, to come before Congress and outline the global threat posed by a nuclear Iran, has been controversial.

President Barack Obama, who has had a contentious relationship with Prime Minister Netanyahu from the very beginning of his presidency, has said he won’t bother to meet with the Israeli leader next month. Vice President Joe Biden, too, won’t attend, also citing a prior commitment.

Other Democratic lawmakers, supporting the White House’s position and its absurd assertion that Prime Minister Netanyahu’s speech is a breach of diplomatic protocol because it comes on the eve of Israel’s national elections, also plan to have scheduling conflicts.

[For the uninitiated, in Washington D.C., the terms “scheduling conflict” and “prior commitment” are politically correct euphemisms for “boycott.”]

Congresswoman DeGette will not be able to attend Prime Minister Netanyahu’s speech. She has had a long-standing scheduling commitment that morning to address a clinical research group about her 21st Century Cures initiative, and we just learned this morning that the Prime Minister’s speech is scheduled for 11:00, which creates a conflict for her.

Radio Chavura host, Maxwell Rotbart, spoke with Lisa Cohen, the Congresswoman’s chief of staff, who identified the group that Congresswoman DeGette will address as the Association of Clinical Research Organizations. The event will be closed to the public.

The very survival of the State of Israel will be on Mr. Netanyahu’s agenda. Moreover, the stakes Prime Minister Netanyahu will outline are vastly more wide-ranging than Israel’s survival – as if that isn’t reason enough to for DeGette to reschedule her speech (and for Congressman Perlmutter to make up his mind in the affirmative).

A nuclear Iran is a red line issue. The Obama Administration repeatedly pledged to Israel and the American public it will never permit Iran to cross that line and obtain the capability of producing nuclear weapons.

Despite those many assurances, however, the President and his P5+1 negotiating partners (the five permanent members of the United Nations Security Council plus Germany) now seem on an express course to actually license a nuclear-enabled Iran, marking a seismic shift in the Middle East balance of military power, and transforming the world as we know it.

A nuclear Iran will ignite a regional arms race that will inevitably see Islamic dictators and terrorists – such as the beheading, burn-you-alive leaders of ISIL – place their bloody hands on the nuclear trigger. Iran has, of course, vowed numerous times to wipe Israel off the map and is already testing missiles capable of delivering weapons of mass destruction to Europe and the United States.

If Israel is attacked with nuclear weapons, the fallout will topple pro-Western governments around the globe, create an unprecedented global economic aftershock, and cast the world into an apocalyptic dark age of true Biblical magnitude.

But Congresswoman DeGette has a “prior commitment” she intends to honor. She is telling her constituents in the 1st District that when weighing conflicting priorities, Israel and its pro-Israel constituents here in Colorado count less than a single speech on behalf of her multi-year health initiative.

The Congresswoman’s choice is thick with irony.

She hopes to bolster the health of our population – a most worthwhile endeavor.

But in a world that features a nuclear Iran and the calamity it foretells, tens of millions of innocents worldwide – including untold vast numbers of Americans – could pay the price with their very lives.

In a post-Israel world, even if we have the means to live longer, will we want to?

Dean Rotbart, a Pulitzer Prize nominated former columnist and editor at The Wall Street Journal, is co-host of Radio Chavura, a weekly program focused on Colorado's vibrant Jewish community. The show is co-hosted by Dean's son, Maxwell, a recent graduate of Metropolitan State University of Denver. Radio Chavura can be streamed from www.Chavura.com or downloaded from the iTunes store.
Previous Boulder Hadassah Celebrates Shabbat Zachor
Next Gail and Jerry Boulder JCC Shining Stars at Reflections 2015