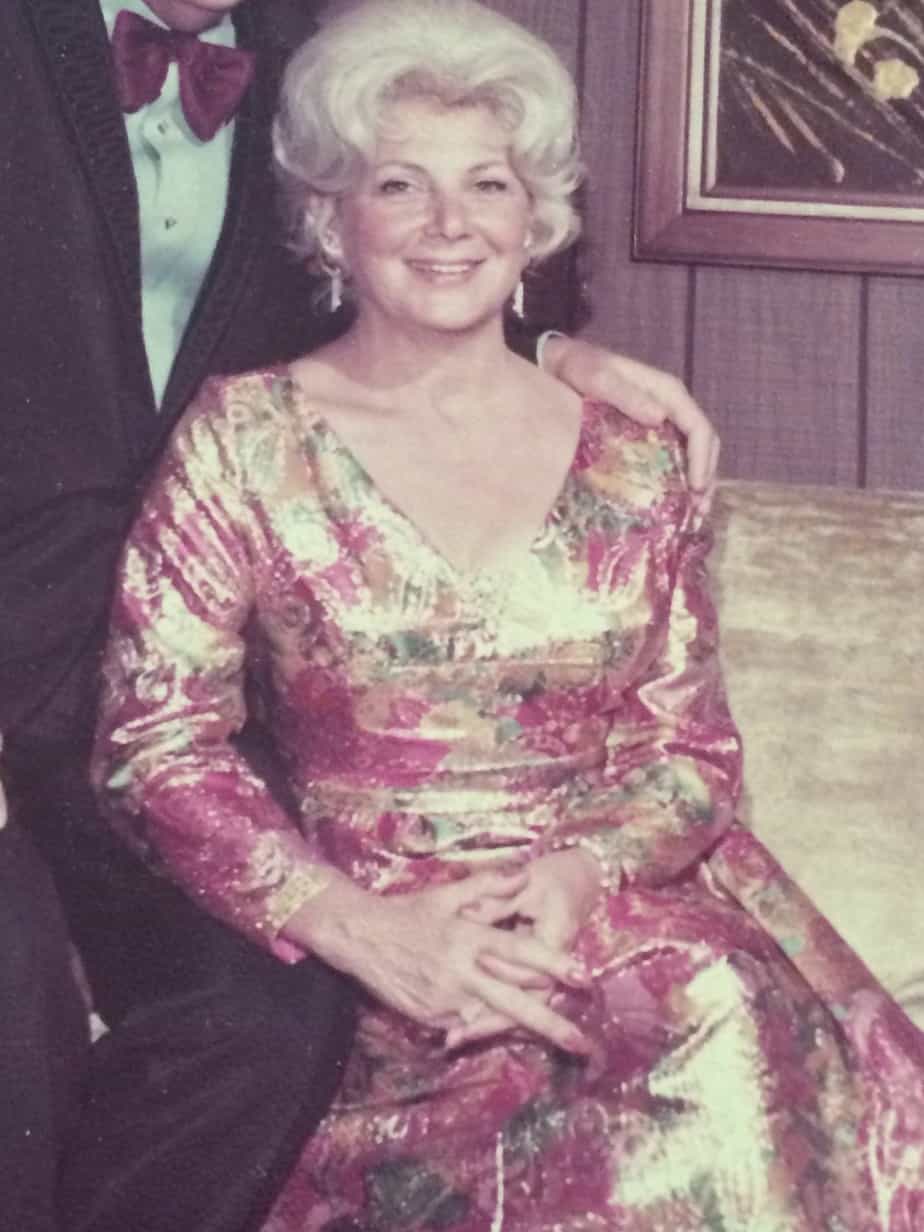 Debora Stein recently celebrated her 100th birthday, and said it would be her last one.  As usual, she got her way.  Debbie was born Freda Devorah Feldman in Detroit Michigan on December 5, 1914.  Her parents Isadore Feldman and Leah Shapiro were Russian/Jewish immigrants who worked hard and lived very modestly.

Debbie had a strong sense of beauty and design, and would go on to run an interior decorating business called Interiors by Freda.  She went to great lengths to always look her best, and was a regular at the Pretty Girl beauty salon until the end.

She married well.  In 1933 Debbie began a nearly 30 year marriage to Leo Adler, who was well known for his car dealerships and for starting the floating Harbor Bar on the Detroit River.  They also lived briefly in Beverly Hills in the 40’s and Miami Beach in the 50’s.

After Leo’s death, Debbie had an equally long second marriage to Philip Stein.  They initially lived in West Bloomfield, Michigan and then retired together in the Emerald Hills neighborhood of Hollywood, Florida where she lived for over 40 years.

She was not known for her cooking, but she did enjoy extremely hot coffee, cold martinis, and dining out, especially at Joe’s Stone Crab.  Debbie liked to orchestrate things, and whenever she dined out, the first table offered was never quite right.  Debbie loved playing mahjong, gin, bridge, and backgammon with her many friends, and with her numerous grandchildren and great-grandchildren.

Debbie is survived by her daughter Lois (and husband Manny Talkovsky) of San Francisco, CA, and her son by marriage Ed Stein (and wife Pat) of Ann Arbor, MI.  She is also survived by eight grandchildren Steven and Bruce Ellis, Jil Geller, Mike and Lyn Talkovsky, Jill Lerner, and Aaron and Jeremy Stein, and by ten great grandchildren: Maya, Jayne, Leah and Joel Ellis, Ma’ayan, Leore, and Shanni Geller, Mia Talkovsky, and Olivia and Zachary Lerner.

Other close surviving relatives include Melissa (Ivan and Adam) Dobrin (Plantation,FL), Howard Gerson and family (Brazil) and nieces Geraldine Warren (Sarasota) and Sylvia Hurvitz (Delray).   She is predeceased by her nine brothers and sisters, including most recently, Joe (and Jenny) Feldman, and Becky (and Al) Belinsky, and her nieces Julie Gerson and Lillian Borin.  Debbie loved her family and will be remembered for her incredible generosity.

Contributions in her memory may be made to Jewish Family Service of Broward County or the charity of your choice.

Steve Ellis is the founder and president of Colorado Capital Management, and an active volunteer in the Jewish community.
Previous Week in Review: March 27th, 2015
Next Buy and Sell