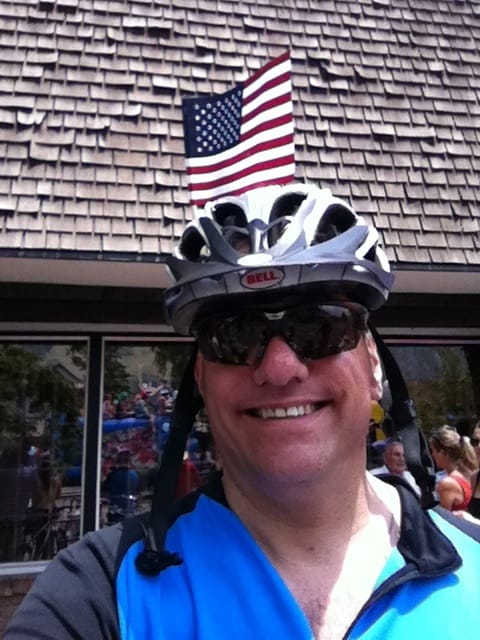 Erik Bernstein wants to know if there is a Jewish equivalent of karma. Or is karma an inherently Jewish concept?

The question is a response to a question, also inherently Jewish. The question he has been asked is how he feels about being honored at Reflections, the Boulder JCC’s gala fundraiser.

I am amazed and grateful,” he says. “I am not in this for the recognition, but with all the years I’ve put into this, it feels good.

“This journey with the JCC really changed my life,” he continues. “It also changed my career as I have shifted my focus as a consultant from venture capital to non-profits. It has given me a sense of community I hadn’t had before, and I have gotten to know and work with amazing people.”

The journey began after Erik returned to Boulder in 1995 after a number of years working in the Midwest. Bernstein says he was brought up “outside the Jewish community Denver.” His family celebrated only Passover and Hanukkah, and although they lived close to the Denver JCC, he never went there.

“When I had kids, I felt as though I had missed out on something,” he explains. Daughters Sara, now 22, and Sophia, 19, were enrolled in Hebrew School so they would not miss out on a Jewish education.

“I didn’t want them to ask me questions I couldn’t answer, and I wanted to understand what they were learning,” Erik says. So, in 2001, he had an adult Bar Mitzvah. “I also wanted to learn for myself, but really it was mostly to give the kids that Jewish experience.” While studying for his Bar Mitzvah, Bernstein was approached, “out of the blue,” by Bob Klutznik and Bobbie Alexander, who were looking for board members and donors for the Boulder Jewish Community Foundation, then the organization supporting the Boulder JCC. He ended up serving as president for 4 ½ years.

“I worked closely with Linda Loewenstein (then the BJCC’s executive director) trying to position the Boulder JCC to launch a capital campaign for a new building. We had a co-mentoring relationship that has really stayed with me.”

Bernstein explains that his ever-deepening Jewish involvement has less to do with the liturgy or practice of Judaism than with its values. “I feel connected to the ethics of Tikkun Olam and Tzedakkah. I am just trying to make my little corner of Boulder a better place. That’s a Jewish value handed down through the generations.”

The next generation is very much on Erik’s mind. He thinks the involvement of young families at the Boulder JCC has been critical to its recent success in meeting the $18 million pre-construction goal for the new building.

“I really think we took off when we started to engage these families, who have the drive and the energy. There’s been a huge shift in the culture and an increase in momentum since we brought younger people onto the Boulder JCC board and staff.”

He believes “all of this positions the BJCC well for the future,” and adds that he is especially pleased to be honored at Reflections alongside “rising stars” Matt and Julie Rich.

Keep the karma flowing by joining the community in honoring Erik at Reflections. RSVP today: https://boulderjcc.wufoo.com/forms/reflections-2013/

Kathryn has spent her professional life writing about, teaching, and presenting the arts. Founding Director of the Boulder Jewish Film Festival, Kathryn was Director of Menorah and ACE at the Boulder JCC from 2003 through August, 2019. The former film and theater critic for the Boulder Daily Camera, Kathryn is the author of "The Fifty Greatest Jewish Movies" and "The Fifty Funniest Films of All Time." kathryn.bernheimer@gmail.com
Previous A New Year Resolution For The Trees
Next First Jewish Film Fest Set for Boulder