At the May 23, Jewish Community Relations Council (JCRC) meeting, JCRC members considered J Street Colorado’s appeal for membership. After considerable discussion, including presentations from J Street Colorado and local rabbinic leadership, a vote was taken. The JCRC Bylaws call for a two-thirds majority and that threshold wasn’t reached. Therefore J Street Colorado’s application was not accepted. The final vote, allowing for all members to vote as stated in the JCRC Bylaws, was 18 in favor, 12 opposed, and 8 abstentions.

JCRC is a coalition of nearly 40 organizations, synagogues and at-large members in the Denver metro area and is a service provided to the community by the Allied Jewish Federation of Colorado.  We are proud that this group convenes the ‘common table’ around which member organizations can engage in civil discourse through open dialogue to address issues and design strategies on issues of concern to the Jewish community.

J Street Colorado is a relatively new organization in our community and because its focus is on Israel, it ignites a lot of passion.  It is understood that J Street Colorado is part of the nonprofit educational arm of J Street and represents an important voice in our community.  However, J Street’s Political Action Committee (PAC), which, among other things, has endorsed individual candidates, is often referred to as “J Street,” causing some confusion. Because JCRC has, as one of its focuses, non-partisan outreach to elected officials, some JCRC members felt that this issue needed more time to be considered.

Even if J Street Colorado isn’t a constituent organization at this time, we hope to work with them, wherever we can, to maintain an open dialogue and build support for Israel. We encourage J Street Colorado to continue to participate in the Colorado Jewish community and to apply again in the future to become a JCRC member.

Talia Haykin is the Marketing Senior Manager for Allied Jewish Federation of Colorado. Additionally, she blogs at TaliaSheWrote.com and KosherSheEats.com. See her ROI profile at www.roicommunity.org/users/talia-davis
Previous Boulder JCC Graduates 27th Preschool Class
Next Boulder JCC Exposes the Dark Side of Chocolate 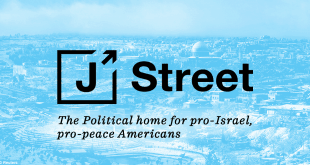