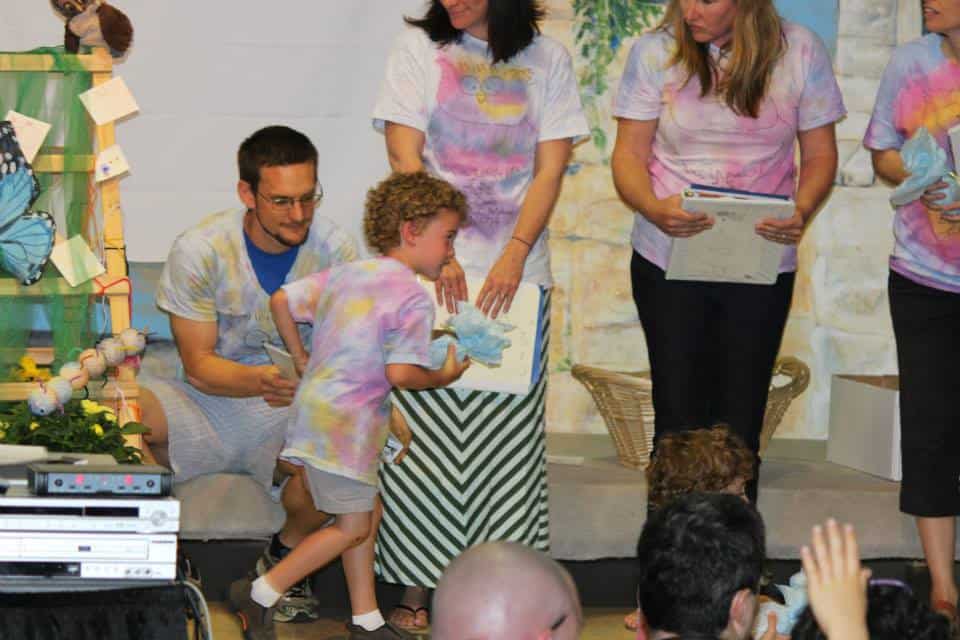 With tears in their eyes and smiles on their faces, the families of the 2012-2013 Boulder JCC Pre-Kindergarten class gathered last Friday as their children graduated from preschool.

Fran Cohen beamed with pride as her son Asher’s name was called by teacher Leah Boonin.  Asher, who last year attended a preschool on the east coast, really thrived at the Boulder JCC preschool.  According to Cohen:

Asher developed such a strong Jewish identity this year. He loved his time at the Boulder JCC, loved his teachers, and loved his friends.”

The ceremony began with the students, wearing matching tie-dyed t-shirts, singing some of their favorite songs including Zoom Gally Gally and You Are My Sunshine.  Each student was called up one by one by their teachers and presented with their “diploma.”  Flashbulbs, camcorders, and cell phones filled the audience as parents tried to capture this milestone.

Rina Tilzer, whose daughter Ari started in the PAL program at the Boulder JCC, reflected on the sense of community that developed during Ari’s years at the preschool. Says Tilzer:

We really feel like we are part of a family here. There’s such warmth in the preschool, especially from the teachers.”

Following the ceremony, the Pre-K Owl families gathered on the playground for a potluck picnic celebration.  With the kids running around with their friends, parents thanked the teachers and preschool staff for another great year at the Boulder JCC.

Jayme is the Communications and Marketing Director at the Boulder JCC. She holds a BA in Communication from Tulane University. She is also a mom of two girls who loves living in Boulder.
Previous BJCF Calls for 2013 Grant Applications
Next JCRC Declines to Admit J Street Colorado