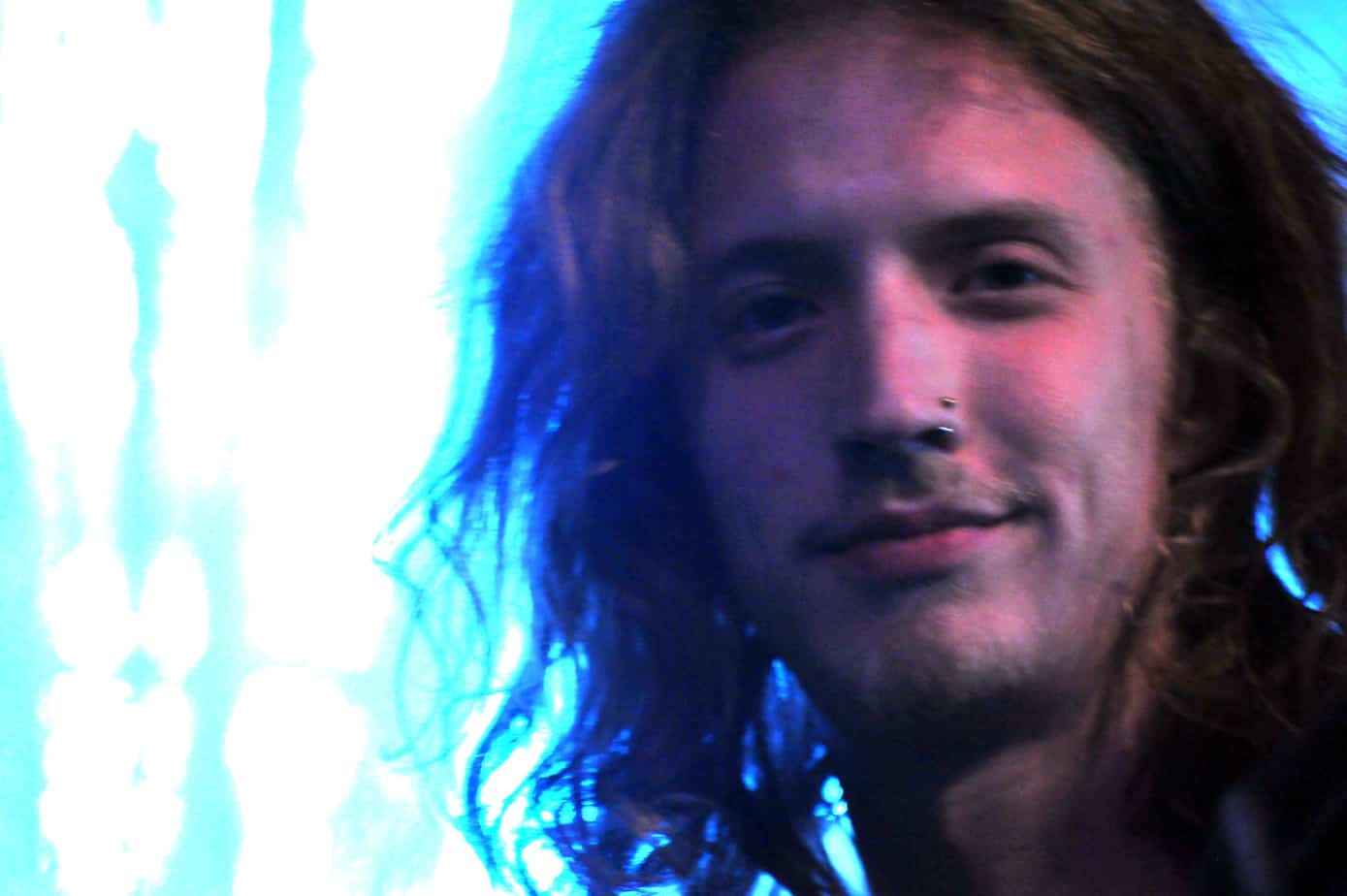 Diamonds in the rough & tumble DIY music world are hard to find, but I stumbled upon four blessed, pointy little heads in Jerusalem: Ellie Orian, voice/keyboards, Nick Spivak, guitar, Vera Gorensteyn, violin and David Gorensteyn, percussion, are Earth Walk. I heard them at an annual artists-without-gravity gig at Beit Rek (empty house), a beat, detached German Templar haunt that dots the exclamation point that is café rich Emek Rafaim street. The old home’s groans sound-tracked the lower level installations: interactive obelisks, the Red Room with Surgery Table and Door, the Cotton Mattress in a Closet. A tired staircase landed me in a plaster cast studio above, where Earth Walk escorted listeners into their pop altneuland. Orian writes much of EW’s music and lyrics, and names Cocorosie, Radiohead, Jefferson Airplane and Floyd-esquetronica among the group’s many influences. Indeed, the Beit Rek set twinned tight jams featuring Orian’s Slick-style vocals, with unwound electro-epics featuring Spivak’s twisting guitar forays. V-Gorensteyn’s bow brought the uplift, and brother David down-beat surprises into the mix, keeping the audience at the edge of their, well, floor. EW explored about an hour of tracks for their new release – Eggplant Horses – before regrouping with friends and fans.

As a kid, Orian’s mother and father supplied the genes and means to indulge her passion for classical music and dance. Much later, her first band with David Gorensteyn, Cecil B. Demented, provided refuge from family turmoil, bus bombings, and risky biz with friends. CB.D’s metal muse was predictably dark, but Gorensteyn’s and Orian’s training and high standards kept it above the abyss. We started there, when I met Orian at her favorite bakery, a few weeks after Beit Rek:

I listened to CB.D the other day, and it seems that even with all that was going on in your life, there was some tongue-in-cheek to the band’s stuff. Like your ‘never mind’ moment in Alice Country, “coming down, forgotten what my words even mean.” Really?

Yeah, well back then, me, all of us,  were probably hoping we were in transition, about everything. We worked hard on the music, but we didn’t take the act too, too seriously. We’re in a more stable place now, and I think that shows up in more mature music.

It’s visible, too. The angsty stage posture is gone. I even caught some smiles.

For sure, there’s a lighter touch to everything, now. And musically, and performing, we’re reaching out and more connected with our listeners.

How’d you guys find each other? When did you know it was a band made in heaven?

Me and David had played together for a while. Nick came on board with Cecil to replace our first guitarist. We sort of broke up when our bass player left, then me and David formed a trio with Vera, called Machalka. When we began working with Uriel, our electronics guy, we decided to join former Cecil with Machalka …. Anyway, the first session was a little strange. We didn’t know how to deal with two soprano lead instruments without a bass. It took us years, really, of practice to settle our style, ‘till I started playing bass on the keyboard and everybody understood the music we were making. We still don’t know if it’s a band made in heaven, but we are very close with each other and our music.

I could really hear that in your work with Vera, on WWIII. So, your music is where, in Israel’s pop music world? Does Earth Walk fall in somewhere?

Right now, the trend in Israel is art in all its forms, including music. It’s very a strong movement. Many young artists don’t do army now, in order to continue their artwork. We haven’t collaborated with any of the new bands, yet. There’s a good Jerusalem band that started at the same time as us, Kitzu, and they’re very successful now. They’re called post-rock, alt-experimental – something like that. I guess that’s us, too. Bluest sounds pretty “alt-experimental,” with all that texture. Tell me about that one.

It was really fun to make. Uriel sampled David playing, then Nick improvised over that. The last bit is my touch – the keys that enter after a couple minutes with singing. I guess it took a couple months to finalize it. It’s about the usual – memories of vastness, colors and rain.

Oh. What about The End – a dreamy, catchy tune, that rattles ‘round the brain for a bit. And the last couple phrases are nicely ambiguous. Sure, “it’s the end, the end, the end …” but is there a hint of a beginning in there?

Hmmm … I wrote that one winter, the last time I visited my brother where he was living in the mountains, in the States. I always had a hard time leaving the mountains, and I knew it was the last time I would be there. I guess The End is a ballad to the mountains and snow and vast nature that I really haven’t seen since then, and I miss very much. The snow was so beautiful, sort of soft, lovely melancholy….the whole song is ambiguous. The end is letting go – that’s why.

What’s next for Earth Walk? We’re close to finishing our self-produced album, Eggplant Horses and we’ll try to get it funded on Kickstarter. I hope it goes somewhere. Nick and I have moved to Tel Aviv, and the change has been refreshing for our music. Here’s the lyrics for our new song, Endless Form. I hope it’s good.

Thanks for filling me in, and good luck with the band.

listen here to 29:19 of tracks for Eggplant Horses

always looking onwards and for a minute you look down
this massive ground that holds us
our visions, buildings and sounds
a haze of the essence is all that we have found
to animate the end of endless forms, going round and round
the everlasting frequency breaking human bound
live and forget is what we have been taught
feel the light of self completeness through someone else’s thoughts

Read more stories by this author.

From Jerusalem and Boulder, photographer/contributing writer Bruce Shaffer muses on regional issues. Bruce photographs for several NGOs in Israel and the West Bank, and his work has been included in Ha’aretz, The Times of Israel, The Jewish Daily Forward and other publications, documentaries and organization websites. He leads combined Israeli and Palestinian Youth Photography Workshops in Israel and the West Bank, and freelances for feature writers, organizations, guides and tour operators in the region.
Previous Jewish Pirates Everywhere You Turn
Next Aish Kodesh Is Giving Away Our Annual Dinner