In February, July, and October 1943, the Nazis executed the six members of the White Rose non-Jewish resistance group, which distributed leaflets opposing Hitler.

Among the various events in Holocaust history marking their 70th anniversary this year—including the Warsaw Ghetto uprising, the Nazis’ failed assault on Stalingrad, and a Washington, DC march by 400 rabbis who urged President Franklin Delano Roosevelt to rescue Europe’s Jews—what stands out for author Jud Newborn is the White Rose episode.

In February, July, and October 1943, the Nazis executed the six members of the White Rose non-Jewish resistance group, which distributed leaflets opposing Hitler. The founding historian of New York’s Museum of Jewish Heritage, Newborn travels around the country giving his presentation on White Rose. He is the author, along with Annette Dumbach, of the book “Sophie Scholl and the White Rose,” an animated narrative that reads like a novel.

Whether presenting at a synagogue during the year or a campus event like the 13th annual Dorothy Koppelman Memorial Holocaust Lecture at Rider University in Lawrenceville, NJ, this summer, Newborn said his dramatic multi-media lecture program grabs the attention of listeners. Newborn told JNS.org:

People are deeply inspired by this story. My program includes a number of images that movingly put the story of the White Rose in its time and place.”

Newborn first went to Germany in 1980 to do his doctoral fieldwork on the Holocaust for the University of Chicago.

As I entered the University of Munich’s vast atrium and saw a white rose carved in marble with the names of the members who had been executed carved above it, including Hans and Sophie Scholl and Willie Graf, I was moved to know that young people who resisted the Nazis were being honored at the very site where their most dramatic act of public protest took place.”

The group exhorted the German people to stand up and fight for freedom, risking their lives to reveal the persecution of the Jews months before news reached the outside world. After a film about the group was released in Germany, Newborn realized that people in the United States knew next to nothing about White Rose.

“The film did not explain who they were and where they came from, and why they did what they did, it just showed the action,” Newborn said. “I realized English speakers needed a full-fledged book that would tell the whole story of the White Rose. It was that important and that inspiring and that surprising a true story.”

First published as “Shattering the German Night” in 1986, Newborn’s book took on a life of its own through multiple re-printings and an international edition.

Newborn is not the only one marking the White Rose anniversary this year. The University of Nevada Las Vegas’s (UNLV) Lied Library hosts an exhibit, “White Rose,” through Aug. 22 that focuses on those who resisted Hitler’s rule. After UNLV, the exhibit, a collection of photos and stories curated and created by the White Rose Foundation, travels to Michigan Tech University.

Peter Michel, head of exhibits for the UNLV Libraries, hopes visitors to “White Rose” will begin to understand there was open opposition and resistance to the Nazi regime among the German people to the Nazi regime—even in Munich, the birthplace of the Nazi Party.

“Particularly for American students to understand the history and role of student resistance in Nazi Germany, and that university students risked their lives to oppose and publicize the atrocities and genocide being committed by their own government, for which they ultimately paid with their lives,” Michel told JNS.org.

Michel said he has been “surprised and impressed” with the impact the exhibit has made so far.

“I have talked to students who have been deeply moved, and shocked, and who have indicated that they never knew about this, and how glad they are we were able to provide them the opportunity to experience, however briefly, this one moment in history,” he said.

Michel hopes the exhibit will “make people more aware of the power and necessity of resistance, by whatever groups that are suffering persecution, be they Jews, Catholics, Protestants or any other ethnic or religious group.”

“We hope that our students who visit this exhibit will afterwards have a better understanding of this history and perhaps identify with other young people who have suffered and are still suffering from oppression,” he said.

As part of his presentation, Newborn talks about individuals risking their lives today in an effort to fight for human rights. He cited the example of Malala Yousafzai, the Pakistani student known for her educational and women’s rights efforts who was shot in the head and neck in an assassination attempt by Taliban gunmen on October 9, 2012, while returning home on a school bus.

History shows that in spite of the executions, the White Rose leaflets made their way throughout Germany and Nazi-occupied Europe, were smuggled into Switzerland and Sweden, and from there were sent to London.

“Once they reached the West,” Newborn writes in his book, “the leaflets of the White Rose were reprinted—now in the tens of thousands—and dropped from Allied aircraft over the cities of Germany.”

In the foreword to Newborn’s book, author Studs Terkel writes, “Whenever I see a white rose, I think immediately of those two [execution victims, Hans and Sophie Scholl], and of their heroism amidst the horror. They let us know that even in Nazi Germany there were some among the young, however few in number, who represented the best that there was in the world.”

White Rose members Hans and Sophie Scholl, as well as Christoph Probst, were executed on Feb. 22, 1943. Alexander Schmorell and Professor Kurt Huber were killed on July 13 that year, and Willie Graf on Oct. 12.

Newborn told JNS.org that the Scholls, in the only public protest against Nazism since the Nazi Party took power, “pushed hundreds of leaflets over a balustrade in the University of Munich’s atrium so they came floating down over the heads of astonished students milling about below.”

Why are members of the White Rose so inspiring today? The injustice and oppression did not end when the Nazis were defeated. It continues to appear in many forms throughout the world including right here in the United States.” 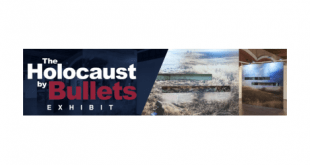