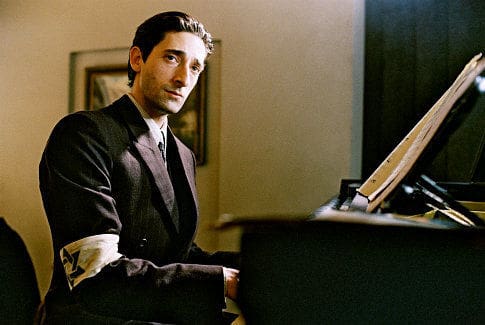 Illuminating Films Shine Light on Music and the Holocaust As the Colorado Music Festival begins its second exciting “Rediscovered Masters” season, which begins June 28 with “Brundibar,” Menorah invites audiences to a film series that sheds light on the unique relationship between music and the Holocaust. Menorah is also offering group tickets and a reception for the June 28th concert.

The film series “Music and the Holocaust” runs Tuesday nights at the Boedecker Theater at the Dairy Center, with talkbacks with Kathryn Bernheimer, Director of Menorah: Arts, Culture and Education. Purchase tickets at www.thedairy.org. Here is the lineup:

The startling true story of Kurt Gerron traces the tragic life of the beloved German-Jewish actor, director and cabaret star in Berlin in the 1920’s and ’30’s who was sent to Theriesenstadt. Ordered to write and direct a propaganda film depicting the concentration camp as a haven for artists, Gerron filmed a production of “Brundibar” that survives today. Gerron, the children he filmed, and Brundibar’s composer were all sent to their deaths following the filming.

Filmmaker Roman Polanski, who as a boy growing up in Poland watched while the Nazis devastated his country and killed his parents, directed this brilliant drama about a musician’s five-year nightmare during Nazi occupation of Warsaw. This 2002 Oscar-winning film traces the true story of Polish-Jewish pianist Wladyslaw Szpilman’s harrowing experience during the Holocaust.

This poignant documentary traces the enormous impact Jewish artists exiled by the Third Reich had on American culture. By 1939, 30,000 intellectuals and radicals were exiled from Europe; 80% were Jewish. Scores of émigrés fled to Los Angeles and Hollywood, briefly transforming Southern California into one of the capitals of world culture, profoundly altering the horizons of American music, literature, and the arts.

Join Menorah at the Colorado Music Festival’s performance of “Brundibar,” followed by a private reception at the home of Josh and Ellen Taxman adjacent to Chautauqua.

Enjoy group discount tickets and the opportunity to meet Ela Weissberger, Holocaust survivor and one of the original Brundibar cast members, and CMF Music Director Michael Christie. Click here to read more about this event.

Kathryn has spent her professional life writing about, teaching, and presenting the arts. Founding Director of the Boulder Jewish Film Festival, Kathryn was Director of Menorah and ACE at the Boulder JCC from 2003 through August, 2019. The former film and theater critic for the Boulder Daily Camera, Kathryn is the author of "The Fifty Greatest Jewish Movies" and "The Fifty Funniest Films of All Time." kathryn.bernheimer@gmail.com
Previous Group Tickets for CMF’s Brundibar
Next Brundibar Bonanza!