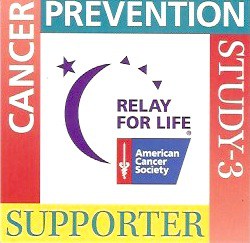 Every day, I receive numerous emails. Oftentimes, I press delete after just a quick glance. Last month, I received a random email from the American Cancer Society. This well-known organization was looking for volunteers for its current research study- Cancer Prevention Study (CPS-3). I clicked the link. Without any hesitation, I agreed to volunteer.

My obligations were minimal-to answer a survey, share my midsection measurements, provide a small amount of blood, and agree to stay in the study for decades. The potential outcome was far greater than my efforts. New research could provide additional insight into cancer prevention and fulfill the dream of “a cancer-free tomorrow.”

Last Friday, I made the first step in fulfilling my commitment to the American Cancer Society. It took less than an hour of my time. As I waited for my blood to be drawn, I looked around the crowded room. It was refreshing to see a diverse group of people willing to participate in the study and so many volunteers wearing matching T-shirts. I was pleased that a significant number of younger women had thought it important enough to schlep young children along. Those moms are wonderful role models.

I couldn’t help but wonder what motivated people to take time out of their daily routine to volunteer. There were no direct benefits to anyone sitting in the room. There was only the underlying hope that the group study would provide valuable information decades from now. Hopefully, many people throughout the world would benefit from the results

Whatever prompted their decision to come is irrelevant. Instead the focus needs to be directed toward the fact that they came while others chose not to participate. Without enough volunteers, the research will be more limited and possibly be inconclusive. Like any research project, there are certain parameters that need to be obtained. A cross section of the country’s population and a certain number of  Americans is vital for the success of this long-term study.

I was indeed curious about some of the objectives. Before leaving the building, I spoke briefly with Shane Ferraro, the Communications Manager for the American Cancer Society Great West Division in Denver. I learned that the study started in 2007. In the early years, volunteers were obtained during the Relay for Life fundraising events. Thus, the pool of people was limited and targeted people who were already supporting the American Cancer Society. More recently, the American Cancer Society has opted to solicit larger groups of people from certain metropolitan areas. Approximately 180,000 people have participated so far. Unfortunately, the organization’s efforts have not come close to fulfilling their goal of 300,000 people.

The collection of data will run until December 2013. Thereafter, the participants will be asked to answer follow-up surveys at home. It is unclear when the results will be made public.

I have no affiliation with the American Cancer Society and have never before stood on a platform advocating people to do one thing or another. Yet, something happened to me on Friday when I sat waiting for my blood to be drawn. I started remembering all of the people I knew who had suffered and died from cancer. I thought about some of the people who are currently burdened with a diagnosis of cancer. Perhaps, cancer could be eliminated or at the very least minimized if there was another massive study.

Even though my blogs have never before focused on a health related issue, I can’t remain silent. I urge people to take a few moments and volunteer for CPS-3. So much is to be gained with such little effort.

Are you eligible? These are the 3 prerequisites:

If you live in the Denver metro area, there are still spots available on November 13-17. If you reside elsewhere, consider contacting the American Cancer Society for additional information. (cps3@cancer.org or 1-888-604-5888). It would be awesome if you would consider volunteering for CPS-3. Please let me know if you choose to participate in CPS-3.

This post originally appeared on www.sandrabornstein.com.  It is reposted here by the author.

Sandy Bornstein lived as an expat in India. Her award-winning memoir, May This Be the Best Year of Your Life, highlights what she learned as the only American teacher at an international Bangalore school. After living abroad, Sandy continues to explore the world and write about her travels. You can follow Sandy's adventures at www.sandrabornstein.com.
Previous Alayna Zolot and Kate Meyer B’not Mitzvah
Next Morah Fishman Honored at Chidush 2012 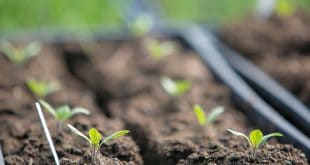