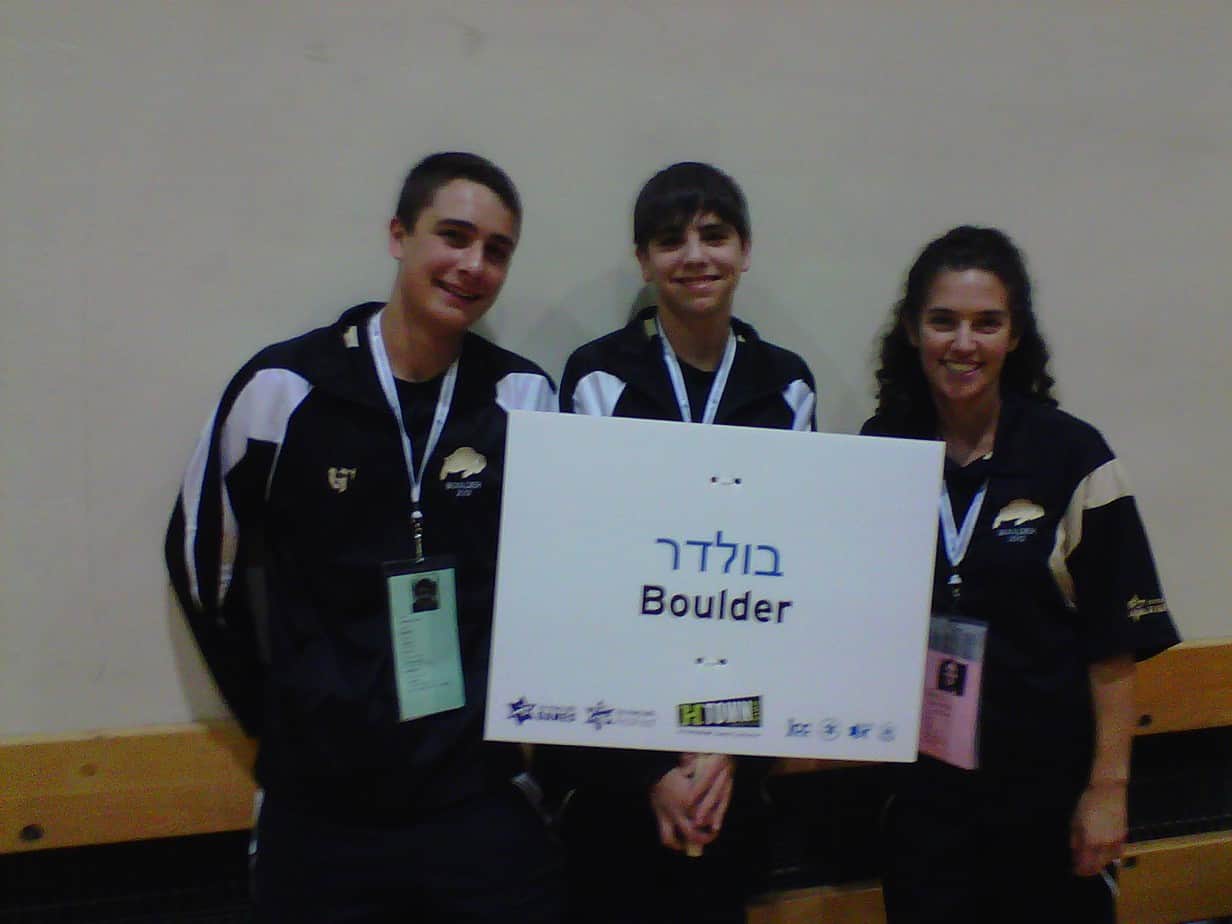 For the first time, Boulder has sent its own delegation of athletes to the annual JCC Maccabi Games and ArtsFest. Sponsored by J-Teen at the Boulder JCC, Graham Gansar (Junior, Dawson HS) and Sam Garelick (Junior, Fairview HS) arrived in Houston, TX on August 5 along with Delegation Head Wendy Aronson, for five days of sports competitions and arts programs. Joining them are over 1400 Jewish teens from across the country, as well as Israel, Canada, Mexico, and Panama.

Sam Garelick is playing goalie for a mixed-delegation team along with players from Denver, San Diego, and Raleigh. They have posted a record of 2-2 in their preliminary games, earning them the 5th seed in the Medal Rounds.

Graham Gansar is competing in baseball also on a mixed-delegation team with players from Denver, Las Vegas, Phoenix, Cincinnati, and Orange County. He has contributed at numerous positions including outfield, 1st base, short stop, and pitcher. With a record of 1-3, they enter the Medal Rounds seeded 7th.

Medal Rounds for both sports are single-elimination and begin the afternoon of August 8. Updates on the teams’ progress and their other Maccabi Games experiences can be found on the Maccabi Games page of the J-Teen website.

The JCC Maccabi Games is an Olympics for Jewish teens, but they serve a larger purpose than athletic competition. The Games also promote community involvement, teamwork, and pride in being Jewish. Each year at The Games, all athletes take a break from competition for JCC Cares Day. “Sharing Hearts” is this year’s theme, a giving experience based on Jewish values. On Tuesday, August 7, the teens engaged underserved and special needs children, ages 5-11, in unique art and dance activities. The JCC Maccabi Games and ArtsFest has partnered with local childcare and camp programs at the YMCA, MECA, Neighborhood Centers, Inc. and The River to develop “Sharing Hearts.”

The teens participated in a specially developed visual art activity, featuring small prints of works currently on display at the Museum of Fine Arts, Houston. They also took part in a dance event taught by local volunteer professional and semiprofessional dancers and dance instructors – all of whom have been trained by the acclaimed National Dance Institute. During their visit, the JCC Maccabi Games and ArtsFest teens presented the children with gift bags filled with art supplies and passes to local museums and the Houston Zoo.

The Games are the largest Jewish teen event in the world; each summer over 6,000 Jewish teens participate. Over 100,000 teens have benefited from the JCC Maccabi Games since 1982. The energy and excitement makes it a unique and unforgettable experience for every participant, from athlete to volunteers, from coaches to host families.

Mark is the J-Teen Director at the Boulder JCC, and has been working with Jewish youth in Boulder County for the past 12 years. Along with his wife and son, he's currently "living abroad" (Denver, CO) but the family still calls Boulder home. You can frequently catch Mark on stage as the "drummer" for the all-vocal rock band, Face.
Previous Bon-Aish Picnic and Music by the Creek – Thursday
Next Tales Told By a Master