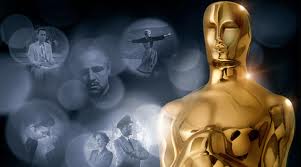 A Jewish “Take” on the Oscars

Kathryn Bernheimer February 27, 2012 Arts & Culture Comments Off on A Jewish “Take” on the Oscars Sadly, we did not get to see Sacha Baron Cohen “accidentally” spill the “ashes” of late North Korean dictator Kim Jong II on Ryan Seacrest since the costumed star was whisked away by security guards right after his hilarious stunt ridiculing dictators – never to be seen in costume again.

But we did see Billy Crystal, who is very funny but never mean-spirited, do himself proud on his 9th Oscar hosting.

Tying in Oscar wins, “Hugo” also has a Jewish pedigree. It is based on the illustrated novel, “The Invention of Hugo Cabret,” by Brian Selznick. And Sasha Baron Cohen stars in the magical film, ironically an American tribute to the French early filmmaker George Melies.

We hardly need to mention Woody Allen’s win for best original screenplay for “Midnight in Paris,” one of the year’s most enchanting and witty films.

In the best foreign film category, as I predicted, the Iranian film “A Separation” beat out the excellent Israeli film, “Footnote,” and the equally excellent Holocaust film, “In Darkness.” Iran immediately and predictably declared the win a victory over the criminal Zionist state. According to Commentary Magazine, “The head of Iran’s Cinematic Agency portrayed the Oscar decision as the “beginning of the collapse” of Israeli influence that “beats the drum of war” in the U.S.  Now that’s satire!

Meanwhile, Pakistan was mum on the best documentary short winner, “Saving Face,” about Muslim women whose faces are disfigured by the common (and legal) practice of men punishing “their” women by throwing acid on their faces. Definitely not funny. But good that the subject of women’s rights in the Middle East is getting some attention.

What did you think of this year’s Awards?

Kathryn has spent her professional life writing about, teaching, and presenting the arts. Founding Director of the Boulder Jewish Film Festival, Kathryn was Director of Menorah and ACE at the Boulder JCC from 2003 through August, 2019. The former film and theater critic for the Boulder Daily Camera, Kathryn is the author of "The Fifty Greatest Jewish Movies" and "The Fifty Funniest Films of All Time." kathryn.bernheimer@gmail.com
Previous Aish Kodesh Dinner Re-Lives 45 Years of Jewish Boulder
Next Purim Gossip