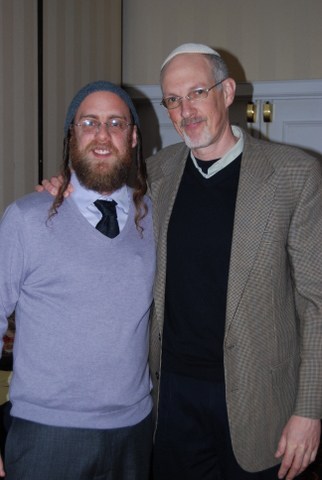 Boulder Aish Kodesh held their annual dinner Sunday night, themed “Celebrate the Last Thirty Years of Jewish Boulder… and Imagine the Future.”  The evening featured a silent auction, a deli buffet styled after the short-lived Korny’s Deli z”l of late ’90s Boulder, and a multi-media presentation that over-delivered on the theme: it covered the 45 years of Boulder Jewish history since the founding of Congregation Har HaShem in 1965. Rabbi Gavriel Goldfeder narrated the presentation, which included many pictures of key events from the Boulder’s Jewish history and video interviews from many key contributors to that history.  There were video interviews with rabbis: Rabbi Zalman Schachter-Shalomi, Rabbi Tirzah Firestone, Rabbi Jamie Korngold, Rabbi Deborah Bronstein, Rabbi Josh Rose and Rabbi Marc Soloway, all of whom offered not only comments on the past, but talked about their thoughts and hopes for the future of Jewish Boulder.  Rabbi Goldfeder also conducted live  interviews with attendees who played important roles in the development of the Boulder community.

The BJN hopes that Rabbi Goldfeder and his production crew will be able to take all the material from the evening and put it into a form that would be accessible in the future by anyone who wishes to learn about how the Boulder Jewish community developed.

Here is our photo gallery from the evening:

I've been writing things since grammar school, and served as a writer, photographer and/or an editor on my junior high and high school newspapers; the Daily Trojan at USC (where I earned my journalism degree); the student newspaper at the Anderson School at UCLA (where I earned my MBA); and written and edited countless business documents and presentations in the ensuing twenty years. I've been involved Jewishly since my bris and in Boulder since 1995. I'm married to my Executive Director Cheryl, and we have two children, Lauren and Ethan.
Previous Life and Death: Honoring Loved Ones
Next A Jewish “Take” on the Oscars 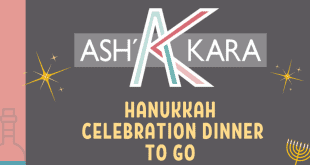 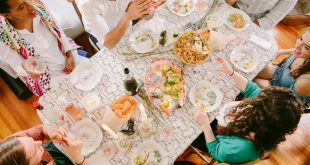