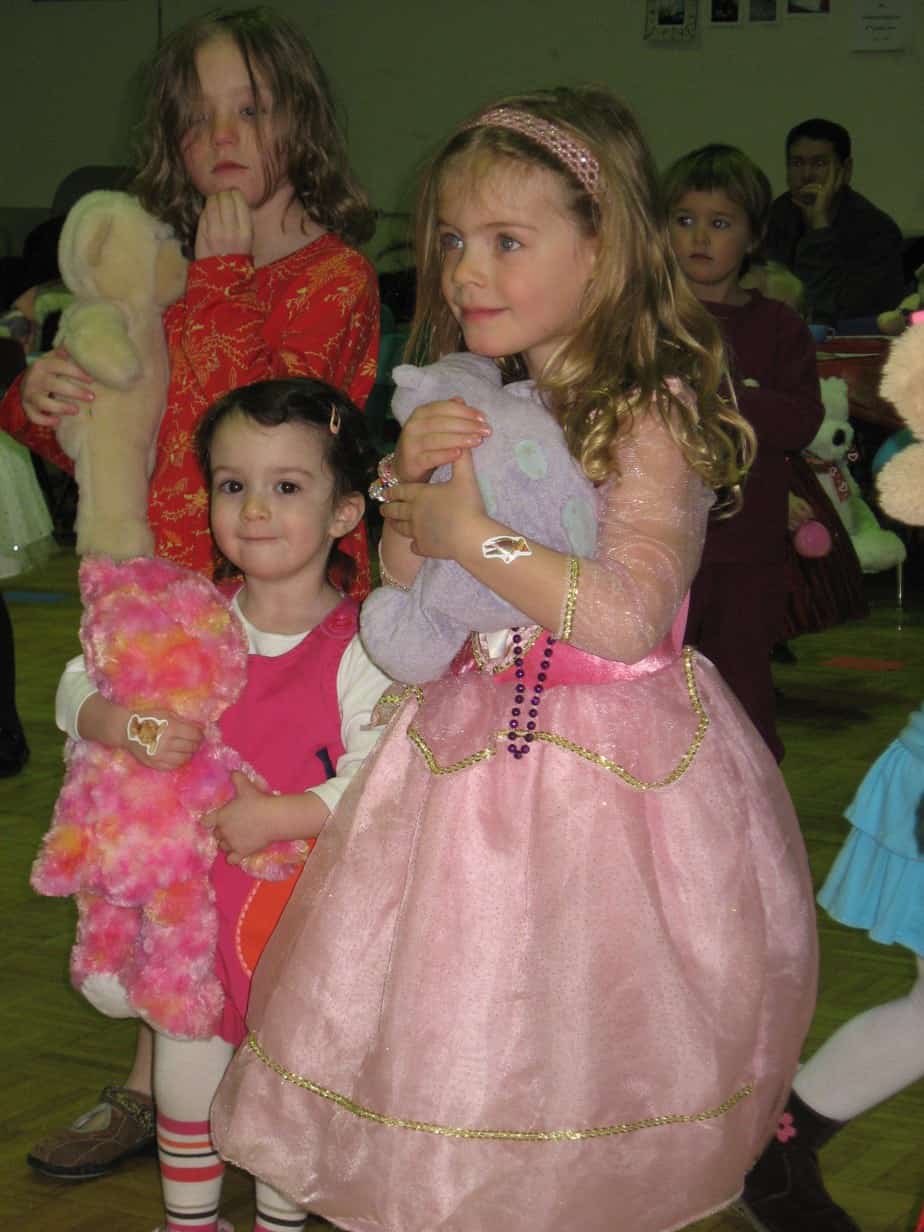 The Third Annual Teddy Bear Tea Party, this year with Amy Haywood and Friends, was a giant success, and pretty darn cute too. It was held on Sunday, January 30. Thirty-five kids between the ages of 3-6 years and their parents came to the Boulder JCC gym to party with a special furry friend brought from home. Boys and girls were dressed in their tea-party best, and many brought special tea cups from home.

After making a pop-up bear puppet, kids and their bears danced to bear songs while a giant teddy bear acted out songs on stage. The Bear Went Over the Mountain was a favorite.

After the concert and spirited dancing, kiddos enjoyed a teddy bear cupcake and tea. Parents reported back that happy children went to bed early (they were exhausted after all that dancing!), clutching their teddy bears and asking when they could return to the JCC for the next Teddy Bear Tea Party!